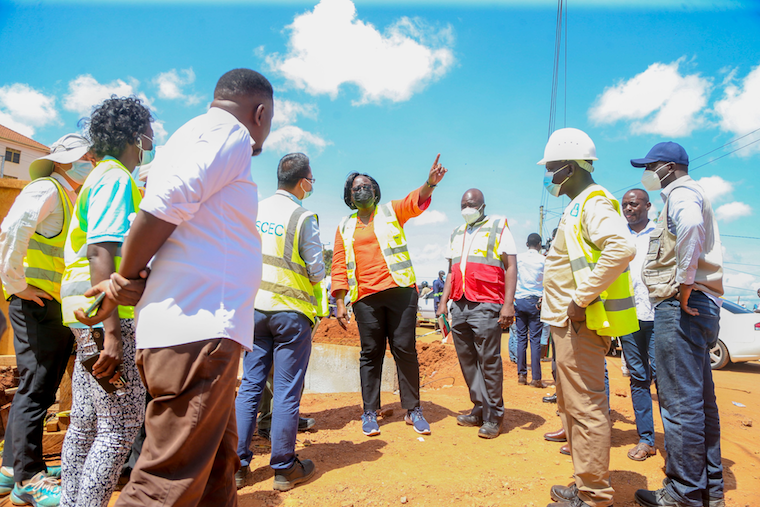 Foot-dragging road contractors have in the past tangled with government agencies over construction delays and drawn sharp criticism for failure to hand over finished projects on time.

But following previous delays in implementing the ongoing World Bank-funded road projects in which both the minister for Works Gen. Katumba Wamala and former minister for Kampala Betty Amongi strongly urged KCCA not to consider foot-dragging contractors in future projects, the new team at KCCA has given its evaluation team strict instructions to lean on a bidder’s historical performance track record on previous contracts (both in Uganda and abroad with various organizations) in awarding contracts.

The development has stirred trouble for some bidders for the new AfDB road projects, which are to be implemented under five lots, two of which were advertised earlier this year.

According to top officials at KCCA, some rattled bidders are now using underhand methods like blackmail of KCCA staff to win contracts.

Some of the bidders include; China Railway Group, China Railway No. 7, China Communications Construction Company, China State Engineering Corporation, Sino Hydro Ltd, Zhongmei, for the bids which were returned in March 2021 and are still under evaluation.

Officials say that with the evaluation process still ongoing, the attacks on KCCA top officials like Eng. Luyimbazi, who is part of the new team at KCCA under executive director Dorothy Kisaka, seem premature because the KCCA deputy ED is not part of the evaluation team and has no chance of personally influencing any bids.

Eng. Luyimbazi , in his capacity as deputy executive director, oversees the KCCA technical wing and has led the process of ensuring that the bidding documents capture historical performance as an evaluation factor as part of the new management’s effort to cause improvements where problems existed. This requirement has raffled some feathers according to sources.

“It is obvious that the disgruntled bidder/s that are fomenting this discourse have accomplices who are internal KCCA staff,”
a source said, adding that the procurement process has established checks and balances that cannot allow the alleged excesses to take place, and the obvious attempt to portray the KCCA deputy ED as the alpha and omega of issues at City Hall is baseless because the ED Ms Kisaka has the final decision and is currently managing the process,” the source said.

Interviewed about the dossier, Eng. Luyimbazi said he will not be intimidated, because causing change in the way projects are implemented and putting public interest first, requires taking hard decisions.

“The evaluation process is still ongoing; why are people panicking?” he asked.

KCCA has been grappling with the issue of contractor performance which has hindered the turnaround for major road projects in the city, causing traffic management issues, among others.

Funding for the projects was rolled out in May 2015 and work was supposed to be finished by June 2019 but due to a combination of poor contractor performance and Covid-19, the projects are still ongoing.

In his letter to KCCA dated March 17, the Works minister, for example, warned about serious violations by one of the contractors China State Engineering Corporation that put road safety and traffic management at stake.

Responding to the Works minister’s letter, former Minister for Kampala Betty Amongi Ongom said in view of the serious issues raised by the World Bank over contractor performance on projects, some of the poor performers should be excluded from future projects.

“I take note that we still have upcoming road works to be contracted out and I hope you will take cognisance of the performance of the companies as per concerns raised by both myself and the Minister of Works,” the minister wrote.

According to minutes of a meeting between the World Bank and the KCCA political and technical wings after the funders supervision visits, poor performance of some contractors (including China State Construction) was a big problem.
It is understood that some of these are seeking to circumvent the procurement process by intimidating and blackmailing officials.

There are many questions that remain unanswered. Why is there an emotional outburst about senior officials in KCCA?
Why is no one else especially those actually involved in the procurement process not mentioned?

Why is the Task Team Leader of the reputable African Development Bank also adversely spoken about?

Are the three persons adversely mentioned disrupting something hence the backlash? What happened during the ongoing evaluation process to trigger this response?

Why are the outcomes of an otherwise confidential evaluation process playing out in the public?