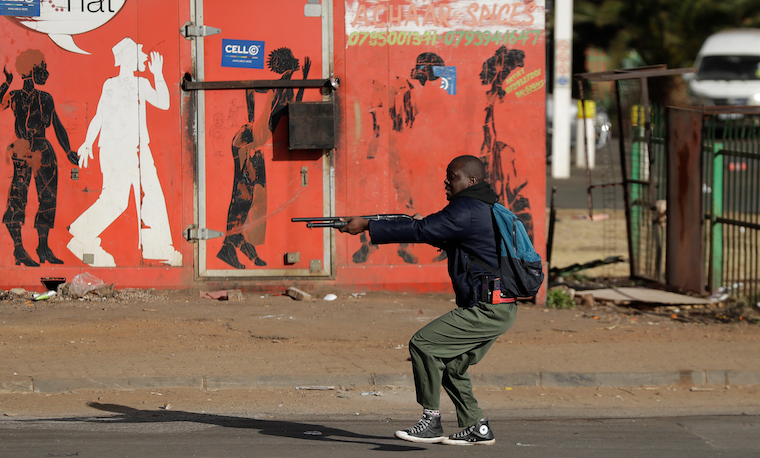 Metro police take aim on people who took part in a protest, at a shopping center in Soweto, near Johannesburg

Rioting and looting in South Africa continued Tuesday, raising the death toll to at least 72 as protesters clash with police.

In the country’s worst unrest in years, looters vandalized shopping malls, other retail outlets and businesses in the province of Gauteng, which includes the country’s largest city of Johannesburg. Security forces seemed unable to prevent the looting and attacks, which also occurred in Zuma's home province, KwaZulu-Natal and in Soweto.

Zuma was convicted of resisting a court order to testify in a state-backed investigation into allegations of corruption during his nine-year term as president that ended in 2018.

Police Minister Bheki Cele said at a news conference that 1,234 people had been arrested and warned that people would not be allowed "to make a mockery of our democratic state."

Defense minister Nosiviwe Mapisa-Nqakula told reporters at the news conference she did not believe current conditions warrant imposing a state of emergency.

Zuma's lawyer argued Monday before South Africa’s Constitutional court that Zuma should have his sentence rescinded. Judges on the court said they would consider the arguments and announced their decision at a later date.