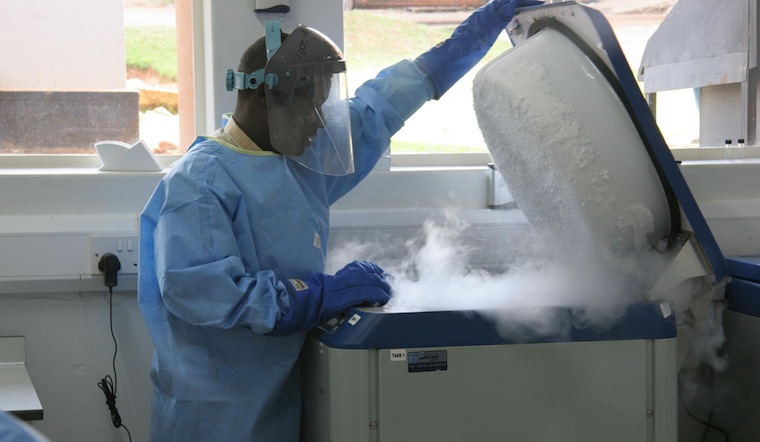 The delta variant is responsible for the spike in the Covid-19 transmission rates, according to scientists.

The variant also identified as B.1.617.2 was first identified in India last year in October. Today the variant has spread to more than 90 countries, according to the World Health Organisation, and is already the most dominant strain in the UK. In Africa, Uganda and DR Congo are recording the highest number of cases.

The variant has been traced in more than 97 per cent of the infections in Kampala, Wakiso and Mukono, which are the worst-hit districts by the pandemic.

Scientists say the variant is responsible for the high number of infections, severe forms of the disease and deaths that have been registered during the second wave.

Prof Pontiano Kaleebu, the executive director of the Uganda Virus Research Institute (UVRI), says most recent research shows that majority of the Covid-19 infections that are being recorded at the moment are dominated by the delta variant. He says at least 30 out of 31 sequenced infections are positive for the variant.

Infections with the variant are characterised by the virus attacking all age groups. The first strains of the virus that were from China mainly attacked older persons aged 65 years and above. The delta variant is believed to affect all age groups especially those that are not vaccinated.

Dr Diana Atwine, the ministry of Health permanent secretary, told URN in an earlier interview that the Indian variant was proving to be more virulent compared to other variants in the country.

The WHO describes the variant as one of concern. The first cases of the variant in the country were first detected among Indian travelers who returned to the country last month.

According to scientists, the variant is of concern because it can replicate faster and even dodge the body’s immunity to fight the disease. This variant is believed to spread 50 times faster than the original Wuhan strain. It is also believed to present with different symptoms compared to the first strain.

Clinicians say that persons infected with the delta variant often complain of headaches, sore throats and runny noses. With the original strain, cough, loss of taste and smell were the common symptoms.

The delta variant ravaged India in the second wave and is believed to have been responsible for the high number of deaths and infections that the country reported especially in crowded towns like Mumbai.

Prof Kaleebu says the only way Uganda can avoid turning into another India, especially if the variant mutates, is by carrying out mass vaccination.

“Viruses mutate and even this one has already begun mutating. To stop further mutation in the country, we need to vaccinate more people. So far we know that the developed vaccines are effective but this might not be the case if mutatuion occurs,” Prof Kaleebu added.

With only 0.01 percent of the targeted population fully vaccinated, Dr Atwine says it is important for all people to continue following all standards operating procedures (SOPs).

“Being vaccinated does not make you immune to the disease,” she said. “You can still fall sick. But people who are vaccinated are better off than those who are not. So, to avoid being infected, it is important that we go back to the basics of wearing masks, washing hands and avoiding gatherings,” he said.

+1 #1 Zaitun 2021-06-30 16:25
The Uganda gouvernement must take its reponsibility of allowing any man come to sit in Uganda as a business man, especially allowing Asians to come in waves knowing well that these people were coming from risk countries.

Since our gouvernement officials from Sate House down to cleaners are hungry dying for money and would like to be seen swimming in money to be known as richmen, this is the price to pay!

The poor of the country who have nothing to do with their love for money have now become the victims of of rogue administrators.

Yet we do not know what they do with the bodies of Corona victims since members of the govt. go about burrying empty coffins in villages. It is high time we are informed of where they keep the bodies!!!

Or, since you in govt. only breath money instead of oxygen, can we assume that you sell those bodies to Asian countries as human body spare parts and or as delicacies?
Report to administrator