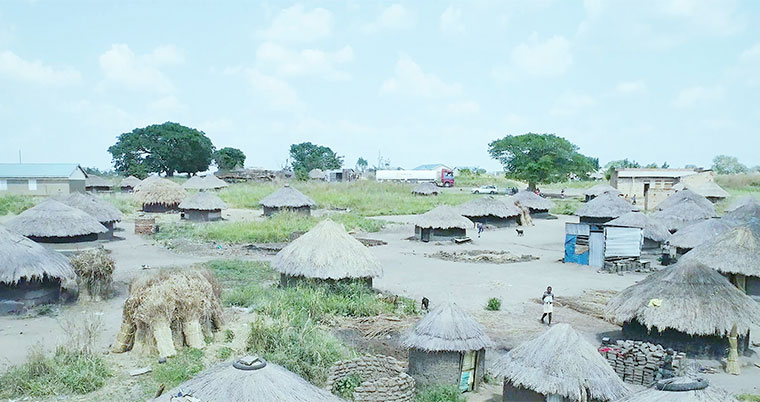 Legislators representing rural constituencies are up in arms over government’s decision to exclude their constituents from the Covid-19 relief fund support.

Last week, President Museveni announced a second 42-day lockdown as one of the measures to check the surging numbers of Covid-19 cases recorded in the second wave.

Prime minister Robbinah Nabbanja this week on Thursday announced that government would be giving out Shs 100,000 per person to 530,000 people in 10 cities and 41 municipalities across the country.

Nabbanja said the money was mainly to purchase food for people who aren't currently working due to the lockdown, and that since village dwellers have gardens from where they can pick food, they don't necessarily need the financial support.

Nakimuli queried the criteria used to consider only urban dwellers yet many other people in the countryside are also facing the same lockdown challenges.

“Government is very unfair to our people. The tax collectors are demanding for taxes from my people who are not even fishing now because the waters are very rough. How do you pay taxes when you have not been working? So it’s not fair to say this person is not vulnerable and cannot get that money,” Nakimuli said.

Nakimuli along with her colleagues told a news conference at Pope Paul Memorial Centre that from May to August, there is hardly any fishing activity as the lakes usually experience turbulent waves.

Sserubula argued that the failure by individuals and companies to contribute this time round towards the Covid relief aid fund as it was last year when they contributed money, food and vehicles among other items is premised on the mistrust people have in government.

“It’s laughable that government with 45 million people is planning to give help to only 530,000 people. Government should know that because it betrayed people’s trust, they are now reluctant to contribute. Even the cars people and companies contributed, none can be spotted on the road, a direct implication that no contributions will be made this time,” Sserubula noted.

Kayemba-Ssolo advised government to prioritize rural areas when offering financial support on the basis that the people living there are even needier than those in urban centres. Kyotera MP John Paul Lukwago-Mpalanyi said government’s approach to decide who's vulnerable in times of need should be questioned because everyone is affected by the lockdown and also when it comes to taxes, all Ugandans are expected to pay.

“All the affected business sectors have vulnerable people especially the private school teachers, taxi drivers and boda boda riders among others. In Bbale, about 4,000 teachers have been living without food since the 2020 lockdown but we are dismayed that during the elections, people in the villages remembered to vote for President Museveni and he lost votes in towns. Therefore by the national task force coming out to give food to Kampala and other urban areas aid at the expense of needy villagers is like the president rewarding villagers negatively for voting for him and those in towns for not voting for him,” Tebandeke said.

Lutaaya said some of the government programmes like road constructions should be put on halt so government can first focus on offering financial support to all Ugandans irrespective of their location.

Do u think that money will cure covid? Roads are very vital during this pandemic, for easy transportation of sick people.
think positive NUP guy.
Report to administrator
0 #2 SIMON PETER 2021-06-28 05:46
Quoting Byamukama Patrick:

Stupid LUTAAYA (NUP product), how can u think of halting road construction over 100k covid 19 money?

Do u think that money will cure covid? Roads are very vital during this pandemic, for easy transportation of sick people.
think positive NUP guy.

YOUR THINKING IS BELOW SEA LEVEL NO WONDER YOU LOOK AT LUTAAYA AT THSI MOMEMNT AS A NUP MP.

WHO WILL THE CONSTRUCTED ROAD TRANSPORT IF ALL PEOPLE ARE DEAD??? ITS BETTER TO SAVE LIVES FIRST AND CONTINUE WITH THE ROADS AFTER, GO BACK TO UPE AND LEARN PLANNING, ROADS CAN WAIT BUT THERE IS NO SECOND LIFE, YOU FOOL
Report to administrator
-1 #3 amooti 2021-06-28 10:29
i indeed stupid Lutaya, how can you suggest to stop construction of roads.
Nup MPS.
Report to administrator
-1 #4 kabayekka 2021-06-28 13:51
But many countries have got normal income generating projects in the construction and maintenance of road networks while at the same time running an efficient medical health care for all their people!
Report to administrator