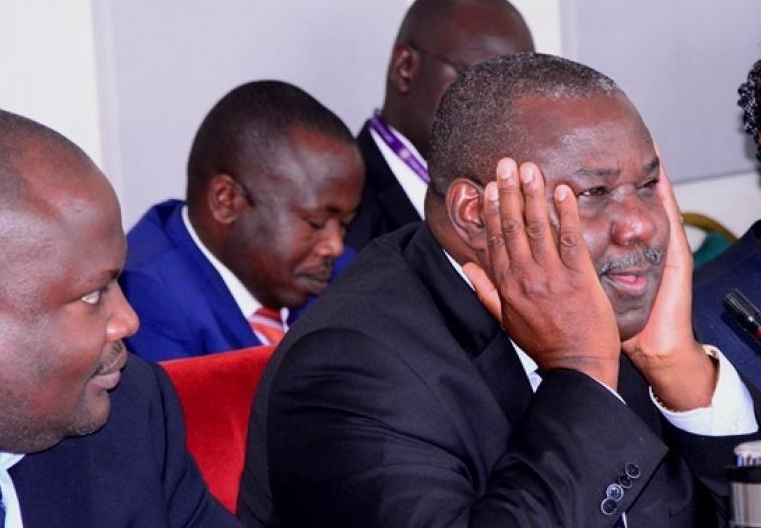 The former permanent secretary to the Judiciary, Expedito Kagole Kivumbi is dead. A statement from the Judiciary senior communications officer, Solomon Muyita, shows that Kivumbi died on Sunday evening at Le Memorial Medical Services at Kitiko-Lubowa Kigo road where he was admitted a week ago.

"The Judiciary is working closely with the family to coordinate the funeral arrangements and they will be communicated subsequently," wrote Muyita.

Asked what could have killed the deceased, Muyita said that he was not sure, but hastened to add that he had been briefed that he had breathing complications for the last seven days.

Muyita described the late Kagole as hardworking. "He was a hardworking person and quite passionate about work. He streamlined systems in the Judiciary. During his time, he would report to work on time and you could not hear that this or that has delayed or it is not there. He made several reforms we will greatly miss him," Muyita said on phone.

The head of Public Service John Mitala sent Kagole on forced leave on July 26, 2019 for alleged mismanagement of more than Shs 34 billion. The decision to send him on forced leave stemmed from the Auditor General’s report on Judiciary for the financial year ending June 30 2019, indicating that the money in question was spent on various items without following proper procedures.

On December 15, 2020, the head of the High court civil division, justice Musa Ssekaana quashed Kagole’s forced leave, saying that it was illegal. It followed a successful application filed by his lawyer, Paul Mukiibi against the Attorney General where he argued that the law provides that one has to be interdicted for a few months to pave way for investigations, saying the law doesn't provide for the forced leave.

Ssekaana agreed with the applicant, saying Kagole’s forced leave ought to have had a timeline arguing that the indefinite forced leave was illegal and unreasonable. According to the Judiciary PRO Jameson Karemani, the process was yet to be concluded before Kagole resume work. Pius Bigirimana was earlier transferred from the Gender ministry to replace Kagole.

0 #1 Mweru Samuel Byachi 2021-06-15 16:10
The effect of non reinstatement could have contributed to his demise. RIP
Report to administrator