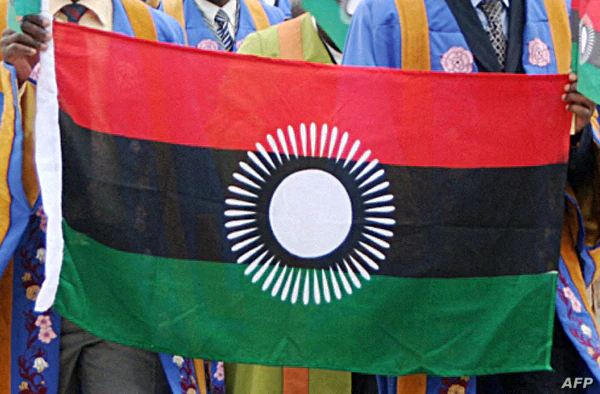 Malawi's government said Saturday that it had received news of its diplomats' alleged misconduct in South Africa with regret and that it would punish those involved when they returned home.

South Africa on Friday declared all Malawian diplomats persona non grata for abusing diplomatic privileges and gave them 72 hours to leave the country.

South Africa's ministry of International Relations said in a statement that the action followed an investigation that found the diplomats had been buying duty-free alcohol with cash and then reselling it to retailers.

A Malawi government spokesperson, Gospel Kazako, told local media Saturday that the government had already talked with some of its South Africa-based diplomats.

“What they are saying is that they are being accused of abusing the tax privileges that they had," Kazako said. "You know, according to the Vienna Convention of 1961, diplomats have certain privileges, and one of the privileges is that of not paying tax in the hosting country on certain items and certain services. Alcohol is one of those items, so there was abuse, according to South African government.”

The South African Revenue Service said the scandal, which also involved diplomats from other countries including Rwanda, Ghana, Guinea, Burundi and Lesotho, had led to the estimated loss of millions of dollars in unpaid taxes every month. It has not yet been determined how long the illegal enterprise was operating. On Thursday, at least 12 Lesotho diplomats were also given 72 hours to hand over their diplomatic passports and leave South Africa.

“We buy with the diplomatic card, and you can’t just buy any amount, unless you have a party at your house or there is national day [celebration] for your country," he said. "But if it is normal consumption, you should buy only one bottle or two bottles. But they were buying cartons. How? So, it appears there was a syndicate.”

Chikago said the issue could tarnish the image of Malawian diplomats in other embassies.

“That is the image we are giving to South Africa — that we are corrupt people, because embassies are the image of Malawi — so it must stop,” he said.

Sheriff Kaisi, a political science lecturer at Blantyre International University, dismissed fears that the incident would affect diplomatic relations between Malawi and South Africa. But he said the image of ordinary Malawians living in South Africa could be affected.

“We have quite a number of citizens living in South Africa," he said. "They will be seen as people who are not trustworthy, people who cannot follow rules of the game.”

However, Malawi’s ministry of Foreign Affairs said in a statement Friday evening that the Malawi government had conveyed regret to the South African government about the conduct of the diplomats involved, and that it would take appropriate action when the diplomats returned to Malawi.

+1 #1 kabayekka 2021-06-13 02:28
One is of the belief that modern alcohol processing in Africa should have a minimal tax for the sake of improving the cultured local brews which our great grand parents used to brew and enjoy to drink in their local communities without any fuss whatsoever.

These diplomats are indeed victims of the South African Europeanized social alcohol industry and consumption.
Report to administrator
+1 #2 kabayekka 2021-06-13 02:33
Africans have a universal right to an alcoholic drink as an entertainment and diplomatic fact of life!
Report to administrator
+1 #3 Lysol 2021-06-13 02:56
Uganda Embassies are also well known for alcohol abuse.

A few years ago a Uganda Ambassador drank himself to death, in Moscow.

Words on the street also say the current leader always carries liquor in his flash, disguising it as tea.

All Ugandan leaders have been known to abuse alcohol. Only Obote did it publicly without shame. It simply means that Uganda is too hard to rule.
Report to administrator
+2 #4 Mbeho Achuc 2021-06-13 13:01
If those diplomats of African countries such as those mentioned (and of course obvious others from black Africa), -if they are thieves, they should be advised that theft is what keeps Black Africa undeveloped and primitive... Throwing them out of SAfrica won't help matters, arrest them!!!!

Sending them to their home countries means they will go to steal more!!!

For how long will Africans be tolerant to thieves????
Report to administrator
+2 #5 rubangakene 2021-06-13 18:55
If this "sorting out" is moving in alphabetical order, (L for Lesotho, M for Malawi) then inevitably we shall see the letter 'U' for Uganda emerging very soon. WATCH THIS SPACE!!!
Report to administrator