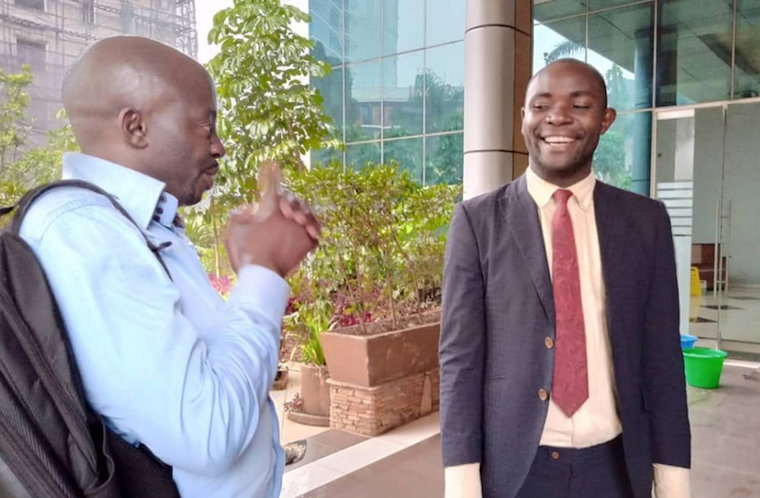 Drama ensued last Friday evening at the High court civil division as the judge who was allocated to hear the case in which city lawyer Male Mabirizi seeks to block the recruitment of judicial officers ordered that the file goes to justice Musa Sekaana.

Justice Emmanuel Baguma, who was allocated the file, on Friday evening said he had perused through the file and made a number of observations.

According to Baguma, he had observed that a similar case was filed twice by Mabirizi on different occasions and also withdrawn twice in May 2021 after being allocated to Sekaana, who heads the civil division.

As such, Baguma said he did not see any reason for withdrawing those cases and there were no minutes to show why the matters were withdrawn. He said he had written to the registrar of the court Jamson Karemani to forward the files back to Sekaana to avoid duplication.

This did not go down well with Mabirizi, who told the judge that it is true he had withdrawn the first cases after learning that they were allocated to Sekaana, but he could not tell him the reasons for withdrawal.

Mabirizi vowed that if this third case goes back to Sekaana, he will again withdraw it because he cannot dare appear before him.

Speaking to the press after court, Mabirizi said he could not risk appearing before Ssekaana, because one time the judge threatened to throw him out of court and send him to prison.

This was in 2019 when Mabirizi and eleven opposition leaders led by Erias Lukwago challenged the failure by Electoral Commission chairperson justice Simon Byabakama to relinquish his powers as a Court of Appeal judge.

But the proceedings that were conducted under a tense environment due to the nature of the language saw Sekaana refer to Mabirizi as rubbish and since then the city lawyer has refused to ever go back to his court, saying they could easily end up fighting.

The Attorney General's representative Jackie Amusugut was happy with the decision of court. The file that has been sent to Ssekaana is of a case filed on May 21, 2021, in which Mabirizi seeks an injunction restraining the Judicial Service Commission from proceeding with the process of appointment of judicial officers.

Mabirizi asked court to restrain the commission, until the determination of the main case that challenges the legality of the recruitment process.

On February 1, the Judicial Service Commission issued an external advert in which it sought to fill positions of a justice of Supreme court, justices of Appeal, High court judges, deputy registrars, assistant registrars, chief magistrates and magistrates Grade One.

However, according to Mabirizi, the shortlisting was done contrary to universally known practices of shortlisting as there was use of secretive, non-verifiable methods based on nepotism and other corruption-related practices.

+1 #1 kabayekka 2021-06-07 19:20
Indeed it seems there is going to be lots of misunderstandings in this department as this country struggles to conform to the common African law and order.