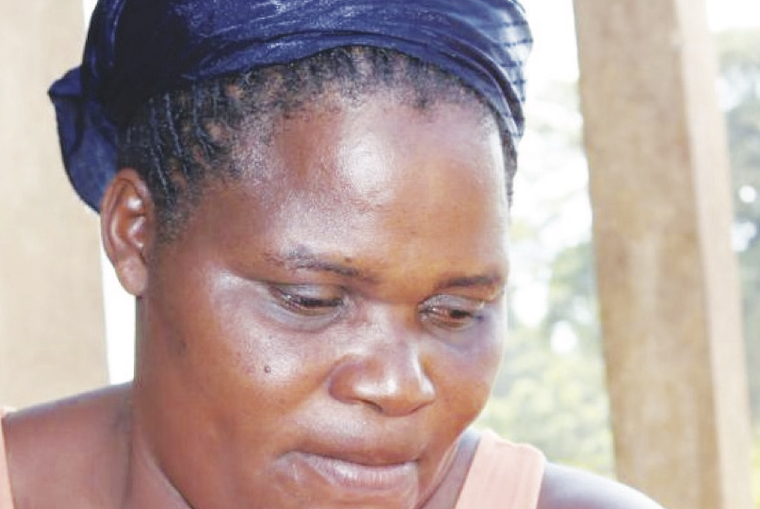 “Back to Ugandans, the elections are over,” President Museveni said, concluding a 50-minute speech after swearing-in on May 12, 2021 for another five-year term of office.

“Akalulu kagwa banange, let’s get down to work.” But such a message doesn’t resonate with the plight of Solome Nakibuuka, 44, a resident of Busabaala, Wakiso district, whose two sons —23-year-old Denis Matovu and 25-year-old Richard Sonko —were kidnapped on December 8, 2020.

Nakibuka’s home is less than a kilometer away from Busaabala beach, which belongs to former presidential candidate, Robert Kyagulanyi Ssentamu alias Bobi Wine. Her sons and Bobi Wine knew each other.

“Because we are neighbours of Bobi’s beach, when he was opening the beach many years ago, Bobi would give them some work to do,” she says.

Arrested three weeks after the November 18 riots triggered by the arrest of Bobi Wine, the former National Unity Platform (NUP) presidential candidate, who was on his campaign trail, Nakibuuka doesn’t know if the arrest is connected to the riots.

Many families have since established the whereabouts of their kidnapped relatives while others have been released. For Nakibuuka, it’s a different tale as she has never heard about her sons. A boda boda rider who drove this reporter to Nakibuuka’s home described her as welcoming after exchanging pleasantries.

She directed the rider to her place with precision offering the best route that has no dust. Indeed, she was welcoming and full of joy. But Nakibuuka’s sense of joy waned quickly after she sat on the veranda of her house and started telling the agony of an endless search for her missing sons.

When she left her home on the morning of December 9, 2020, to begin the search, she hoped that it would be an easy task and that perhaps, she would find them at a police station and get them released on bond or the government would release them after weeks, or a court order would force the government to produce them in court.

But the reality has proved to be the antithesis of her hope.

“The pain that I have experienced in the last six months, I had never experienced it in my entire life,” she says.

The search took her to tens of police stations, prisons, courts and meetings with several soldiers who took her money promising to help. In a March interview, Nakibuuka told URN she had spent more than Shs 8 million paying people who promised to get her sons released.

But the help didn’t come. Nakibuuka says soldiers were telling her to wait after the swearing-in. Now, her worry is, it ended with the president, saying elections are over. And nobody seems to talk about kidnapped people anymore.

“The president said, politics is over, we should go and work. If you’re in my situation, what do you do? How do you return to work and forget politics when you have never heard from your son?” she asked despondently.

“Politics indeed is over. No one seems to bother about us. No one is talking about us. Optimism that they are alive has faded,” Nakibuuka says. She thinks government should have produced them in court if they are alive.

“The judge said, okay, bring them, he came back three weeks later and said he had failed to find them.” She applied for habeas corpus and served documents to all security agencies but received no response.

Though she is frustrated that some soldiers took her money and have not been helpful, her story seems to tell that drone kidnaps were a highly discreet operation sanctioned from the top.

“Soldiers have eaten (sic) my money. At first, I did not know they were not going to be of help,” she says. Many soldiers she has approached tell her to pray and console her that if her children are alive, they will one time come back home. “They tell me if they are seen following my issue, they can lose their jobs. When you tell them drones, they say, no, no because it’s very high-ranking officers who know where those people could be,” she says.

One day, a soldier got her an appointment with a Major General. When she met the general at his home on a Sunday morning, the general picked his phone and telephoned juniors at Mbuya CMI, gave them the name of Nakibuuka’s sons to check if they are detained in CMI cells. The answer was no; they were not in CMI cells.

In Nakibuuka’s endless search, she has fallen into the traps of fraudsters. People would come and ask her to give them money in the range of Shs 200,000 and Shs 500,000 for transport, which she would easily raise and pay. Then Nakibbuka was approached by someone who asked for Shs 5 million and another who asked for Shs 3 million which she refused to pay. But as a parent, Nakibuuka says she can’t give up searching.

Such tales, she says, trigger sleepless nights. Nakibbuka appeals to the government, if her sons are live, to produce them in court where they can be sentenced to a gazetted prison.

“Prison doesn’t kill,” she says. When in prison, Nakibuuka says, she would know they are in a prison to serve a stipulated sentence.

“You can be firm knowing they will come back from prison,” she says.

The pain of the endless search has taught Nakibuuka that “when the government is in power, it has power.” And it can do anything. It’s also over for her participating in elections.

“I tell my children that if they ever see me going to vote again, they know that I am mad,” she says.

Museveni in previous speeches about election-related arrests said the government would account for all missing people. But it hasn’t. Internal Affairs minister Jeje Odongo tabled in parliament a list of suspects they had in various detention facilities.

Nakibuuka’s sons weren’t on it. And the army spokesperson Flavia Byekwaso has nothing to tell Nakibuuka because her sons were not on the government list. Museveni also revealed in February that his SFC guards were holding 51 suspects.

Since the president’s revelation, SFC has on numerous occasions refused to be drawn into questions about the suspects they could be holding.

“As SFC, we are not holding anyone honestly; we don’t even have facilities to hold people.”

But he took record of Nakibuuka’s name and those of her missing sons. And at an Inter-Party Organization for Dialogue (IPOD) summit in March, Museveni promised the unconditional release of 51 suspects arrested after November 2020 riots. IPOD executive secretary Frank Rusa says there has not been a formal follow-up on the president’s promise.