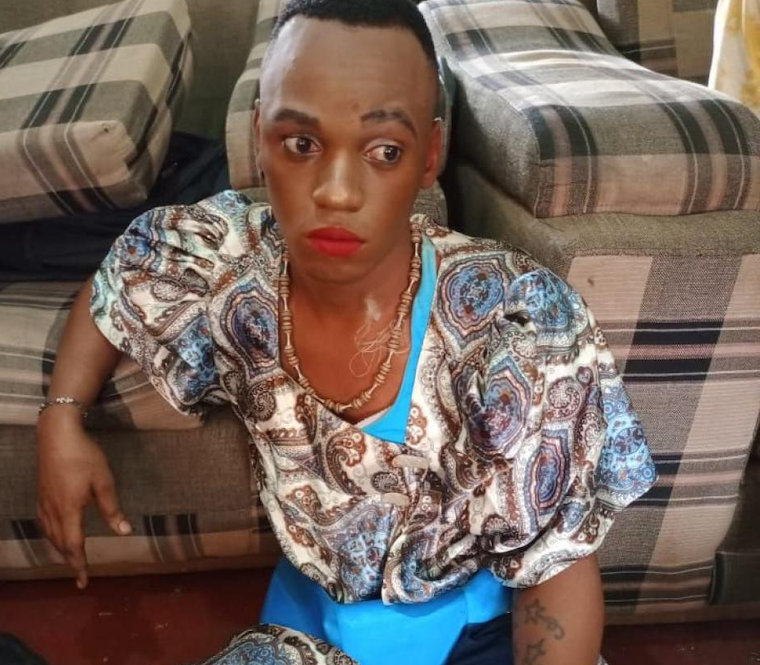 One of the arrested suspects

44 people, mostly men dressed as women with hair wigs and makeup have been arrested from a marriage introduction ceremony in Nansana Municipality, Wakiso district.

In a short statement, Charles Twine, the spokesperson of the Criminal Investigations Directorate (CID), says that the suspects were picked from a “wedding party of a gay couple."

Luke Oweyesigyire, the Kampala Metropolitan police deputy spokesperson, says the suspects include 38 males and 6 females while others fled to safety.

Oweyesigyire explains that the suspects who are locked up at Nansana police station have been charged with doing a negligent act likely to spread an infectious disease because they did not follow SOPS.”

“We have preferred to charge them using the public health act, since they were not following the ministry of Health guidelines,” he said in a text.

+1 #1 WADADA rogers 2021-06-01 22:41
Okay, let me understand something, in as an introduction commonly known as give away where the parents give away their daughter in a cultural ceremony.

So how come no parent was arrested during the ceremony. Police should have beaten these guys and there after send Enanga to say they were suspected of having a role in the attempted assassination of Gen Katumba Wamala
Report to administrator