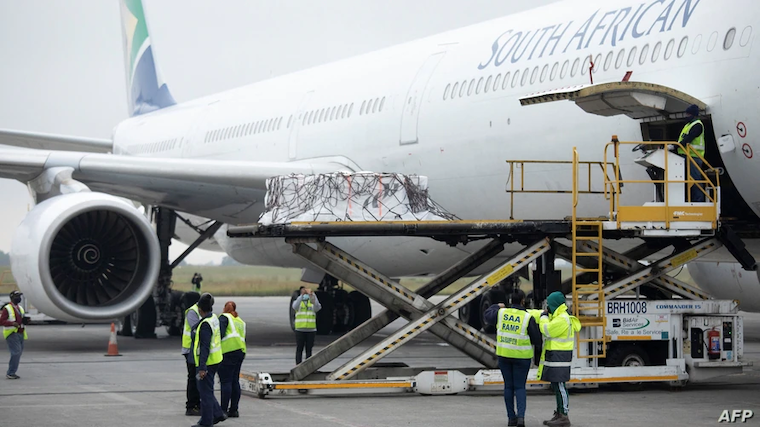 The World Health Organization (WHO) is asking for 20 million doses of COVID-19 vaccine for African countries to administer second doses to those who have received their first shot.

After three weeks of declining rates of COVID-19 infections in Africa, the World Health Organization is reporting an increase in cases. It says its latest figures of more than 4.7 million cases, including 128,000 deaths indicate a 17 per cent rise over the previous week.

WHO regional director for Africa Matshidiso Moeti says she is concerned, but that it is too soon to tell whether Africa is on the cusp of a third wave.

“While it is too soon to say if Africa is seeing a resurgence, however, we are seeing increases in a number of countries, we are monitoring the situation very closely. And we see that we are balancing on a knife’s edge," she said. "So this makes the rapid rollout of COVID-19 vaccines all the more important.”

Moeti says South Africa accounts for nearly one-third of the 65,000 new cases reported by WHO. She says she fears new variants of the virus circulating in South Africa may be spreading into neighboring countries. She notes Namibia and Zambia are among 11 African countries experiencing more cases.

So far, 28 million COVID-19 doses of different vaccines have been administered in Africa, a continent of 1.4 billion people. Moeti says Africa needs at least 20 million second doses of the Oxford-Astra Zeneca vaccine by mid-July to give everyone who has received the first dose full immunity.

“Africa needs vaccines now. Any pause in our vaccination campaigns will lead to lost lives and lost hope," she said. "Another 200 million doses are needed so that the continent can vaccinate 10 per cent of its population by September this year.”

Moeti appeals to countries that have vaccinated their high-risk groups to share their excess doses with Africa. She notes France is the first country to donate tens of thousands of doses to Africa from its domestic supply.

It seems it's being run by incompetent and politically compromised people. It gambles with human lives.
Report to administrator