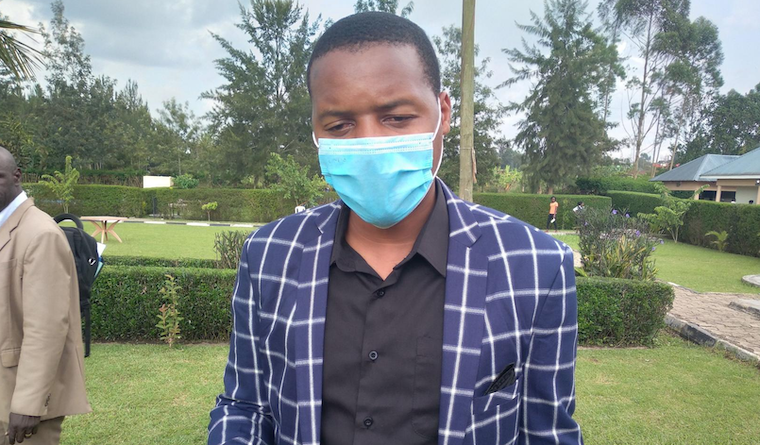 The estimated nationwide budget for the programme is about Shs 260 billion. Mbabazi says that upon a verification exercise, however, he made a discovery that some of the listed prospective beneficiaries in Fort Portal city in western Uganda were non-existent.

Earlier in April, Mbabazi stopped the issuance of certificates to all 36 Emyooga groups in Fort Portal after the commercial officer, Michael Karwani failed to avail lists of the intended beneficiaries.

While meeting Saccos leaders at Kyebambe Girls’ secondary school main hall, Mbabazi argued that he could not allow the issuance of the certificates to the emyooga applicants yet some of the purported beneficiaries from the same groups did not even know each other.

He then tasked Karwani to produce the lists of the beneficiaries before embarking on any other process. About three weeks later, Karwani produced the lists but the RCC insisted that the members of each group appear physically with their national IDs to confirm their existence.

Mbabazi says that over 16 Sacco emyooga groups have already been verified. He, however, says nobody showed up to confirm members for more than 20 other groups.

He says that this was shocking given the fact that the commercial officer appeared to call the group leaders several times to mobilize their members. Mbabazi says majority of ghost groups were found in the Saccos of salon operators, produce dealers and performing artists.

He also says that he was shocked to find some groups had names of civil servants which they had to delete because they are not among the intended beneficiaries. Mbabazi argued that with the members failing to turn for physical verification, it means the groups were forged.

"So we reached at a point where you could call a group maybe; boda boda group C you come. No one turns up, you say; anyone who knows about this group? No one. Simply because you find that group was submitted by a one individual, went somewhere, got a certain database, put the NIN numbers and whatever, and when he heard that we need members, he feared even to come. So you find no one has turned up. You read a group no one has turned up," said Mbabazi.

Mbabazi says there is going to be a strict verification exercise of the remaining 16 Saccos and all the ghost groups will be thrown out. Karwani however defended himself, saying the group members could have failed to surface because as the commercial office, they did not have funds to make radio announcements to call the beneficiaries for the verification exercise.

Some financial statements that our reporter has seen, show that about Shs 30 million was deposited on each of the Sacco’s account in Fort Portal city in November last year, but no Sacco have ever accessed the funds.

Mbabazi says that after the verification exercise, they want the Saccos to come up with business plans. He also adds that Saccos have to hold general meetings where the commercial officer and his team can train them on how the initiative works before they can access the money.

+2 #1 WADADA rogers 2021-05-31 09:02
These ghosts are in every government department, now that they have been discovered in the emyooga project on fort portal, there is a very high likelihood that they are planted in every district
Report to administrator
+3 #2 Lakwena 2021-05-31 10:03
Like the multiplication of the Original Sin; the dishonesty of the NRM leadership is directly reflected in the dishonesty of the Citizens whom they dupe with falsehood.

Without a feasibility study, wide consultation; how can a national development/economic policy depend on the whims manipulation, deceptive and wishful thinking of a Despot like our "Problem of Africa", Gen Tibuhaburwa?

In other words, because of his leadership and moral bankruptcy; Gen Tibuhaburwa should stop fooling around with our sweat and blood (hard-earned tax money).

Mr. M7 should stop throwing our money at the very poverty, which he generated in the last 36 years; and whose money ends up being stolen by opportunists and parasites like him and especially Brother Salim Saleh; for he created a dubious, an illegal, informal, and unaccountable (OWC).
Report to administrator
+3 #3 Nseka Mali 2021-05-31 10:27
There must be several thousands more such bogus emyooga groups across the x country!!!

That precisely is the phenomenon of theft that will never allow black Africa to prosper!!! Unless someone else intervenes...
Report to administrator
0 #4 oongo jiffy 2021-05-31 14:06
i wonder how people still assum presidential initiatives works in this country.

yes BAHIMA CENTUARY DINASTY is working across uganda. the seven commandments of the very heifdom make the people to steal in all ways.

why don't the governent uses it parestatals to do the work other than having some silly name like emyeooga etc, don't laught at the spelling i am a lugbara who don't even know what the word means.
Report to administrator