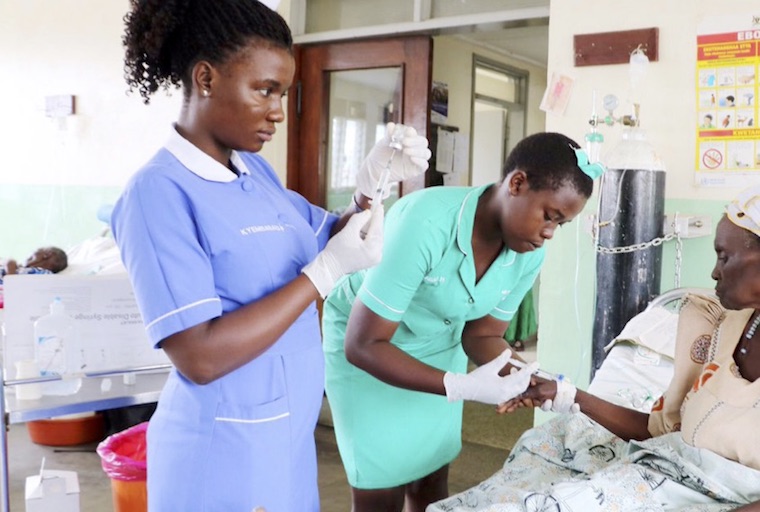 FILE Nurses attend to a patient

Nurses and midwives under their umbrella organization the Uganda Nurses and Midwives Council (UNMC) have called off their impending strike after reaching an agreement with government.

The nurses, last week vowed to go on strike until government allocates the money. The nurses at the time had decided to put down their tools since their lunch was an unfunded priority in the FY 2021/2022 budget passed by parliament last week.

The president of the UNMC, Justus Cherop Kiplangat says they have called off the strike because they believe government will honour its pledge to them.

"We talked to them and they promised to give us some money,'' Kiplangat said. "It's not what we wanted, but it's better than nothing. We hope to get the balance later on."

Kiplangat says nurses countrywide should stay at their stations and continue working. Dr Joyce Moriku Kaducu, the minister of state for Primary Healthcare said government appreciates the work of health workers especially nurses because "they are our biggest workforce and are leading the fight against COVID-19 through vaccinating the people. We have agreed with the union that the strike be called off so that our health workers go to work as we look for finances to cater for their lunch."

+2 #1 WADADA rogers 2021-05-11 12:01
instead of catering for the welfare of nurses, the government is busy paying an American firm to repair their image in America
Report to administrator