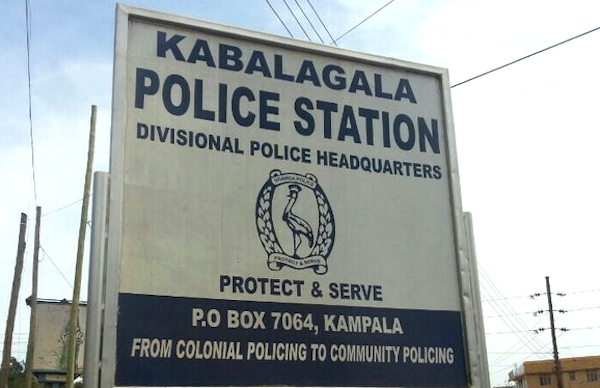 One of the police officers is attached to Kabalagala police station

High court judge Wilson J. Kwesiga has issued criminal summons against two police officers after they failed to appear in court for the second time.

Before, they were attached to Kajjansi police station and were both involved in investigations against Wilson Kalenzi, who, the state accuses of committing aggravated defilement by performing a sexual act on a four-year-old girl. The incident allegedly took place on April 29, 2020, in Bwebajja-Kajjansi Town Council, Wakiso district.

Kalenzi appeared before justice Kwesiga on April 30 and denied the charges. Thereafter, the state produced witnesses including the victim and a medical doctor who pinned Kalenzi. However, the case was adjourned to May 6 in order for the two police officers to testify because they were absent the first time.

But on Thursday, May 6, the police officers again failed to make it to court, prompting the judge to issue criminal summons against them. Before issuing the criminal summons, he asked state attorney Mariam Njuki if the duo was aware that they were supposed to appear in court.  Njuki answered in the affirmative.

Justice Kwesiga says that if the police officers do not appear, then he will order the state to produce other witnesses or close its case if it does not have any additional evidence to tender in. Thereafter, he will deliver his ruling on whether or not Kalenzi has a case to answer.

He also issued criminal summons against two prosecution witnesses who were absent from court when a matter they were interested in was brought before him. This was after Njuki noted that the prosecution had lined up Joweria Nakirya and Moses Lukabubya as its key witnesses and that they were present in court. However, after five minutes, Njuki told court that the duo had already left the court premises.

“My Lord, in the morning, these witnesses were here in court, but I’ve been told that they left during lunchtime,” Njuki said.

The session had started at 9 am but this particular case was brought up after 3 pm. The duo is a complainant in the case against one Francis Kimbowa. Kimbowa is charged with three counts of aggravated robbery where he allegedly robbed Nakirya of 72.7kgs of fish maw, valued at a total of Shs 75 million, and used a gun during the robbery that took place on September 13, 2017.

On the same day, he also robbed Lukabubya of his Tecno C8 mobile phone and an iPhone 6 plus phone, all valued at Shs 3.1 million. He also accused of committing a felony of aggravated robbery, contrary to section 290 of the Penal Code Act, as count number three. The robberies took place along Kasenyi road in Katabi Town Council, Wakiso district.

Kimbowa denied all charges. But after the state’s lawyer noted that its witnesses had left court prematurely, Kwesiga issued criminal summons against them. He has also threatened to have the duo arrested and remanded if they do not appear in court, on May 7.

Meanwhile, Justice Kwesiga has ruled that Duncan Besigye has a case to answer. The 29-year-old Besigye is accused of defiling a girl aged 7 years. He allegedly committed the offense on 22nd March 2020 at Nkumba-Bukolwa village, Katabi, Wakiso district.

Kwesiga made the ruling in a closed session, after the victim and other witnesses including the medical report incriminated Besigye. Besigye is now expected to defend himself next week on May 10.