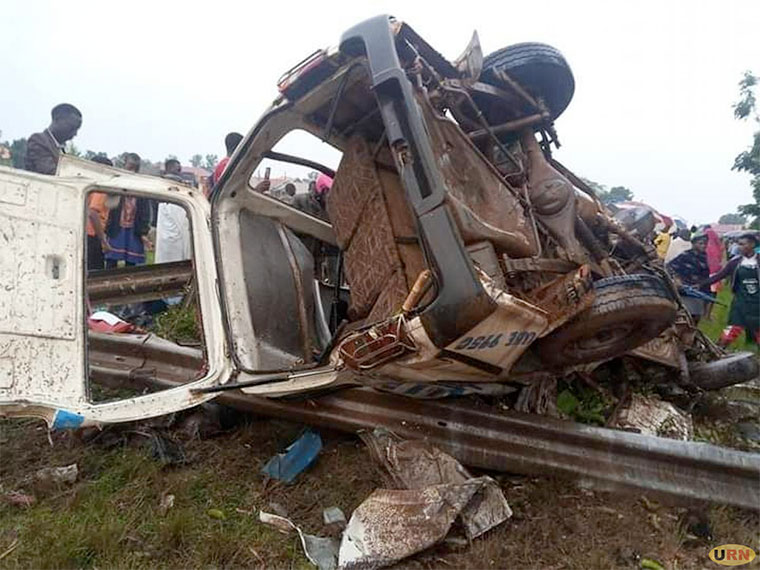 The death toll from Masaka–Mbarara road accident has risen to 14 after some of the victims that were rushed to the hospital also died. The accident allegedly occurred today morning when a trailer that was overtaking a bus collided head-on with the taxi heading to Kampala from Sembabule, killing 10 people on the spot.

According to Masaka regional police commander Godfrey Mwesigye, police have so far managed to identify two people and are still struggling to get the identities of other people because they did not have any identification documents.

The deceased identified so far are; the driver of the commuter taxi Deo Kwese, and a passenger Francis Ngalambi, both residents of Matete town council in Sembabule district.

He says that the number has gone to 14 after two more people who had been rushed in critical condition to Masaka hospital also died. These include 7 male adults, 5 females, and 2 juvenile boys.

Mwesigye however says that those injured including the trailer driver and another person who is yet to be identified are still receiving treatment in Masaka hospital though they are in critical condition.