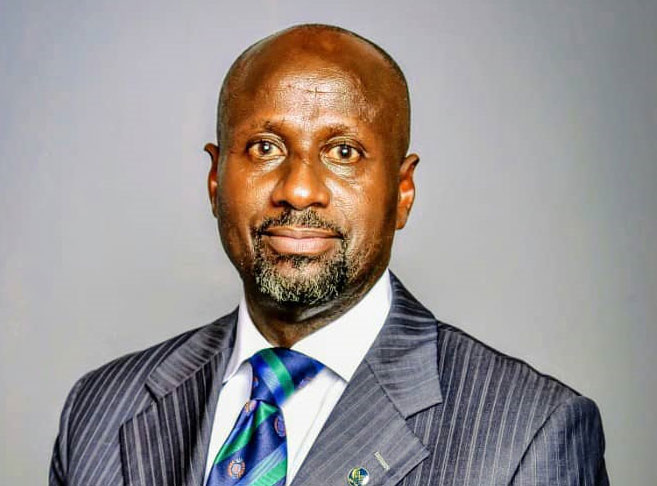 Robert Kirenga, the executive director of the National Coalition of Human Rights Defenders-NCHRD, had a feisty take on the state of politics in Uganda and the USA sanctions handed down to unnamed government officials during an interview with Baker Batte Lule. He warned that sanctions are a wakeup call that the world is watching those abusing people’s rights. Below are excerpts.

It’s not at its best because the work we do has threats that manifest themselves in form of intimidation, arrest, office break-ins and yet we never get conclusive reports about who breaks into these offices yet we follow all the police procedures.

We write to the Inspector General of Police who tells us to follow the procedures. We pay Shs 90,000 for the (investigative) reports but we have never received those reports. In our quarterly meetings with the [state] minister of Internal Affairs, Obiga Kania, he promised the reports will be availed and even police confirmed. It’s now a year and we have never received those reports.

There is always heightened tension whenever we have political questions like an election or when we are going to have constitutional amendments. But I think after the swearing, the situation will become normal.

People have been kidnapped mainly because of their political beliefs but we have not seen human rights organizations come out forcefully on the matter.

They have been very vocal but maybe their voices have not been amplified. When the state comes out to say what happened, it seems the media pays more attention to them than us. But I think we have a big problem on our hands.

When you come to arrest a person, do you introduce yourself and state the reason for the arrest? Those who arrest never introduce themselves, neither do they use local authorities when they are arresting or tell the next of kin where the [victims] are kept. That’s what we call abduction. But to go back to civil society organizations, I think those who deal with civil liberties have come out to speak against those practices.

What do you say about journalists who are also human rights defenders but have been on the receiving end of state brutality?

The most recent attack on journalists was at Kololo near the premises of UNHRC. We never saw the commanding officer [Lt Col Napoleon Namanya] of that operation being charged.

The army has apologized but that’s not enough; we need accountability. As a coalition, we give support to journalists in terms of lawyers and medical treatment in conjunction with our international partners. We also replace their damaged tools of trade. We also provide relocation for those who receive threats. The reasons we do this is to make sure they continue to do their work. We make sure they don’t retreat because of the danger associated with the work.

You can approach us if you have need but we also take initiative because some of these things are done in the open. We are also doing advocacy with parliament to pass  a bill that recognizes the work of human rights defenders because most state actors upcountry don’t seem to appreciate what human rights defenders do. They tend to mistake them for political activists and, therefore, subject them to all manner of abuse.

But there are some human rights defenders who cross the line and become political activists...

There is a thin line between activism and human rights defense. But we are guided by a piece of legislation called the NGO Act, which says that we have special obligation not to participate in supporting political candidates.

If you come out clearly and you say you belong to a particular party, it becomes difficult for me to provide support because the state can easily accuse me of supporting a political candidate.

Which human rights defenders are the biggest victims of state-inspired brutality?

Journalists are number one today, followed by those who deal with civil liberties like freedom of speech – who speak out publicly. But there are others who speak out on issues of corruption; they have been threatened by resident district commissioners.

They have been told to limit their work to providing emergency services where government has failed. They want them to do only humanitarian work, but not to speak out.

I can’t rule it out but you need to treat each case on its own merits. You need to identify, which organization is doing what. But most of them are licensed by the NGO Board and we are told to submit many things including our audited books of accounts every year.

I think the regulator should be able to identify those organizations and scrap them off the list. But I also don’t know of any donor who will give you money if they don’t see tangible work.

Human rights defenders empower people to know their rights, to demand and defend them. Not until our people are empowered, they will always be manipulated. That’s why they are being led to think that we are legitimizing the bad deeds of the state.

Here people are scared about losing their livelihoods. It even becomes very difficult for political actors to mobilize; however popular they are because everyone is scared of losing his or her livelihood tomorrow. We haven’t yet professionalized institutions to accept that someone has rights, say, of peaceful demonstration. The dividends of the work we do are not going to be enjoyed by this generation but there has to be a start.

But isn’t it also true that when government steps in, you also retreat for fear of losing livelihoods?

Government doesn’t provide support for NGOs and citizens don’t support our work; it’s donors who sustain our work and that makes it risky. This is where actually the narrative that we are trying to push a foreign agenda comes from, which is not true. But who is not getting foreign funding? Government receives a lot of money from donors. So, we are in a catch-22 situation.

If the interests of your donor clashes with those of the people, which choice do take?

You serve the citizens because if the donor stops giving you money, that doesn’t mean your activities stop. I can still empower someone to speak out on the issues that affect them.

Without the money, my activities will be scaled down but they won’t stop. Until we are empowered, we shall continue to have these manipulations where you have elections that are characterized by fear, money and all those sort of things.

The USA government sanctioned individuals in Uganda for what they called human rights violations during the last general election. What do you make of that move?

We have no control over what happens in America; that’s their foreign policy but every citizen should know that if he or she wants to travel to America, they should avoid doing certain things.

Does that help your work as human rights defenders to know somebody else watching what the state is doing?

I’m not sure because the persons they are threatening have other alternatives; they don’t have to go to America. I don’t think they will miss it so much. They can even choose to remain here where they enjoy immunity.

So, it’s not so effective because it doesn’t change things here. What we need to do is to empower our own people to demand for accountability as opposed to relying on foreign governments. Yes, they can provide a backup but the whole struggle to improve the human rights situation in the country is entirely a citizen’s agenda.

We don’t complain to embassies; our reports are open to anybody. The difference is that embassies or foreign governments pick on these reports and use them yet our own citizens don’t read these reports.

That’s why I’m saying the challenge is internal; it should be the citizens to question whether these are the things they want to happen in their countries. External assistance is not going to be effective unless citizens come out and say enough is enough.

Your organization is supported by the Democratic Governance Facility, whose activities were suspended; how are you coping?

In terms of programme activities, we have scaled down. Some organizations have temporarily sent away staff but for us, we have tried to pay salaries. But the vulnerable people who rely on our services are the most affected because that money is held up in banks because government suspended activities until negotiations are over.

What’s the progress of the negotiations?

There seems to be light at the end of the tunnel. All we need to do is to be patient; that’s what we were told to do.

Isn’t this the highest that government can go in crippling human rights defenders’ work?

If government doesn’t look at the bigger picture, then it will lose out because who are the actual beneficiaries in terms of the taxes paid, the resources these organizations use and make money, which circulates within the economy? I think at the end of the day, it’s the government that loses most.

Should government be interested in who brings in which money and how it is utilized?

Of course it has, especially now with issues of terrorism. But if you have institutions that are empowered to regulate and find out where money comes from and what it does, then they should do their mandate.

But you have institutions, which have been operating for the last five years, and then you wake up one morning and pretend you didn’t know them. That shows there is a gap in the way systems operate in this country.

Do you think our president was misled in suspending DGF?

My organization’s point of view, I think he was misled. If the information came from the NGO Bureau, then he didn’t need to intervene because the regulator would have closed down those organizations. The president didn’t need to come in.