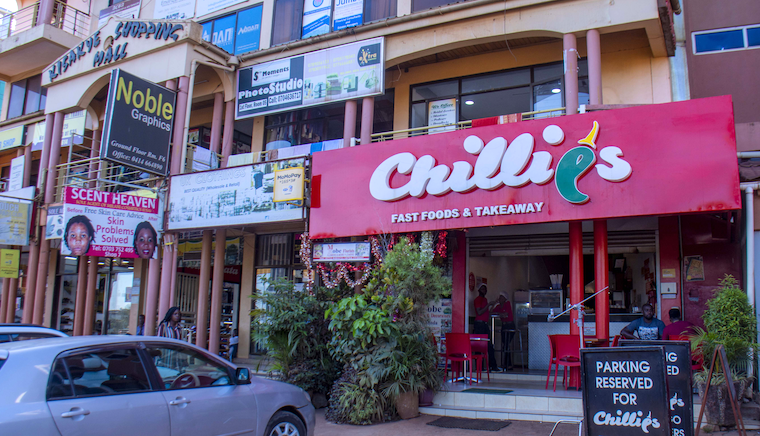 Police have arrested the prime suspect in the murder of Isaac Mugga, the former manager of Chilies restaurant in Ntinda, a Kampala suburb.
The suspect, Nelson Victor Ofwono alias Octopus was arrested from his home in Katooke Division in Nansana municipality in Wakiso district in connection to the death of Mugga who was stabbed on March 31, 2021.

As police were trying to figure out the purpose and who was behind the murder, a neighbour's Closed Circuit Television (CCTV) cameras managed to capture a man with a masked face entering the premises.

Upon getting the footage, police interrogated the workers and it was established that Mugga had a day earlier relieved Ofwono of his duties since the restaurant wasn't making enough money because of the Covid-19 pandemic restrictions and curfew.

Detectives at Kira Road backed by crime intelligence launched a hunt for Ofwono who was picked up on Tuesday from his newly rented room in Nansana.

The Deputy Kampala Metropolitan police spokesperson, Luke Owoyesigyire, said police tracked the deceased’s telephone signals until they reached his hideout. Owoyesigyire said Ofwono has since confessed to stabbing Mugga after he allegedly refused to pay him Shs 400,000 that he owed. He reportedly picked Shs 300,000 from Mugga before stabbing him.

Police are handling the case vide CRB 266/2021. The Criminal Investigations Directorate (CID) recorded 342 killings by stabbing in 2020. This means a person was stabbed to death almost every day.