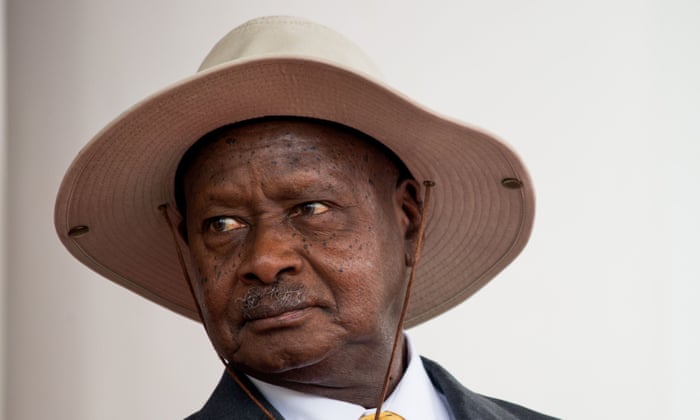 US imposes visa restrictions on Ugandan officials over human rights

US secretary of state Antony J. Blinken has announced visa restrictions to Ugandan government officials whose actions he says interfered with the electoral process which undermined the democracy and respect for human rights.

President Museveni is set to be sworn in next month to extend his 35-year rule after he was declared the winner by the Electoral Commission. However, the January 14 election was marred by electoral malpractice and rigging, violence, kidnaps and murder against opposition supporters especially those belonging to Robert Kyagulanyi's National Unity Platform (NUP).
The arrests and kidnaps which started last year are still ongoing to date. Although Kyagulanyi had petitioned the Supreme court to have Museveni's win overturned, he withdrew the case citing bias of the judges most especially the chief justice, Alfonse Owiny-Dollo.
Blinken has not made mention of the officials sanctioned but police and army commanders, as well as Electoral Commission officials, have been cited as being at the centre of the malpractice and human rights violations.
Below is Blinken's full statement
The Government of Uganda’s actions during the recent electoral process undermined democracy and respect for human rights.
Today I am announcing visa restrictions on those believed to be responsible for, or complicit in, undermining the democratic process in Uganda, including during the country’s January 14 general elections and the campaign period that preceded it.

The Government of Uganda’s actions represent a continued downward trajectory for the country’s democracy and respect for human rights as recognized and protected by Uganda’s constitution.

Opposition candidates were routinely harassed, arrested, and held illegally without charge. Ugandan security forces were responsible for the deaths and injuries of dozens of innocent bystanders and opposition supporters, as well as violence against journalists that occurred before, during, and after the elections.

The government limited accreditation for international and local election observers and civil society, but those who were able to observe the process noted widespread irregularities before, during, and after the election, which have undermined its credibility.

This electoral process was neither free nor fair. Nevertheless, we continue to urge all parties to renounce violence and respect freedoms of expression, assembly, and movement.

The Government of Uganda must significantly improve its record and hold accountable those responsible for flawed election conduct, violence, and intimidation.

The U.S. Government will continue to evaluate additional actions against individuals complicit in undermining democracy and human rights in Uganda, as well as their immediate family members.

The United States also emphasizes that we strongly support the Ugandan people, and we remain committed to working together to advance democracy and mutual prosperity for both our countries.

These Americans are just part of the scheme to fool Ugandans. "...... Blinken has not made mention of the officials sanctioned....."

So what is private about the sanctions, just tell us the list includes Museveni, the police and army commanders, the chairman electoral commission, the Chief Justice, Jejje Odong, the DPP, Justine Lumumba, Minister of Education, Tanga Odoi, Ofwono Opondo, Kulaigye among others. we know them and we hope their names are not missing from the list.

Museveni has reached his usefulness to the Americans. He has always played them by involving himself in the endless wars to keep their interests.

America are aware that Museveni is aging and soon will be useless for them. It's time for them to look for a new leader to continue keeping their interests in that part of Africa. They are no fools.
Report to administrator
+3 #12 Jama 2021-04-18 14:36
Sanctions against these criminals should go beyond visa ban.

We hope the European Union nations which always insist on the respect for human rights will also react against this bandit régime.
Report to administrator
+2 #13 Loveuganda 2021-04-18 19:58
If OO believes US is sulking because the parties they supported didn't go through, Uganda should do the same by restricting some government people from US from coming to Uganda.

Like what Russia did when Biden put sanctions on them, they banned some US officials. Some times what we do or say haunts generations that come after us. Example is Maddie. He stole his clients' investments.

Because of what happened, one of his son's committed suicide. OO and some government officials might not want to go to the US. What about their offsprings who are grown to create their own paths?

If you are murderer people will shun your offsprings. So OO should take hint. Leave the response to the foreign minister. Let him think about his family. OO these people will leave and go and you might be shunned in your own village.
Report to administrator
12