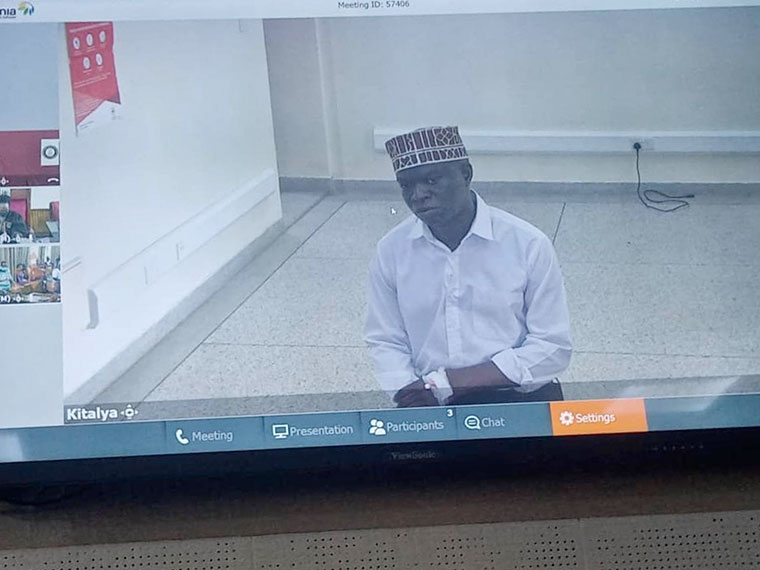 Muhammad Ssegirinya has been granted bail

Through his lawyers led by Medard Lubega Sseggona, Ssegirinya asked court presided over by Buganda Road Grade One magistrate Gladys Kamasanyu to be released on bail on grounds that the charge against him is bailable and that he ready to report to court whenever needed.

Ssegirinya, who appeared in court from Kitalya Government Prison with a cannula on his left-hand side and looked frail, told court that he has an election petition filed against him which he needs to attend to.

But prosecution led by Jacqueline Akao objected on grounds that the case is at an advanced stage after three witnesses testified earlier and that they are left with only one witness to conclude their case. As such, Akao argued that by granting Ssegirinya bail, he was most likely to interfere with the trial.

However, in her ruling Kamasanyu noted that bail can be granted at any stage of the trial and thus asked Ssegirinya to pay Shs 3 million cash and each of his three sureties to execute a non-cash bond of Shs 50 million.

She has also ordered them to deposit their original National IDs with the court and adjourned the case to May 12, 2021, for further hearing. Ssegirinya whose election as Kawempe North MP is being challenged for lack of academic qualifications has been in jail since his arrest on March 22 from Mini Price in downtown Kampala.

According to the prosecution, Ssegirinya was arrested during a protest against the outcome of the January 14, presidential elections, and to demand the release of National Unity Platform (NUP) supporters who are detained in various facilities across the country.

He allegedly marched through the streets alongside others, holding placards with a list of names of those who are still held in custody. Many of them were arrested during campaigns and are still in detention.

Another placard listed Nubian Li, Bobi Wine’s music partner who was also arrested from Kalangala and later charged before the General Court Martial, among others. Nubian Li, officially known as Ali Bukeni the person who presented Kyagulanyi before the Electoral Commission for nomination, started his pursuit for the presidential seat.

Earlier before Ssegirinya was granted bail, the prosecution adduced evidence from three witnesses who pinned Ssegirinya. The witnesses are Flavia Musimenta the officer in charge of Mini Price police post who arrested Ssegirinya before handing him to Kampala Central police station for further management, Kampala Central police station operations officer David Nahamya who also participated in the arrest and statement recording and Erias Kijjampora the investigating officer in the case.

0 #1 A k Mukasa 2021-04-15 20:08
If Mwesigwa Rukutana, a man who used an assault rifle against unarmed civilians and definitely has political muscle and therefore can interfere with investigations is out on bail, how can you keep Segirinya who simply walking down the road with placards to highlight the suffering of his comrades in jail?

Even spending a night in jail by Segirinya was a travesty of justice.

This kafkaesque treatment of our citizens has become the order of the day and if we allow it to go on without fighting back we emboldening our tormentors.
Report to administrator
0 #2 Rwatooro 2021-04-16 03:38
WELCOME HOME MR. UPDATE, MP ELECT.

TEWALI KUZIIKIZA! LET US KEEP ON MOVING.
Report to administrator
+2 #3 WADADA rogers 2021-04-16 09:25
Am told one of academic papers presented by Segiriya has a name of a lady atleast from the information obtained from UNEB, what if such a document was doctored by Segirinya Richard in order to be nominated by the Electoral Commission.
Report to administrator
-1 #4 Denno 2021-04-16 11:47
Quoting WADADA rogers:

Am told one of academic papers presented by Segiriya has a name of a lady atleast from the information obtained from UNEB, what if such a document was doctored by Segirinya Richard in order to be nominated by the Electoral Commission.

Mr Wadada, it will make more sense if you shared a copy of the doctored document. Otherwise you are spreading the lies faster!
Report to administrator
0 #5 Waleya 2021-04-18 23:18
Denno i can comfirm Wandandas rumours, yes, a madam said loud on tv how Segi mr update used her results and even the school segi is said to have sat for his exams dont know him. yeeyo nup
Report to administrator