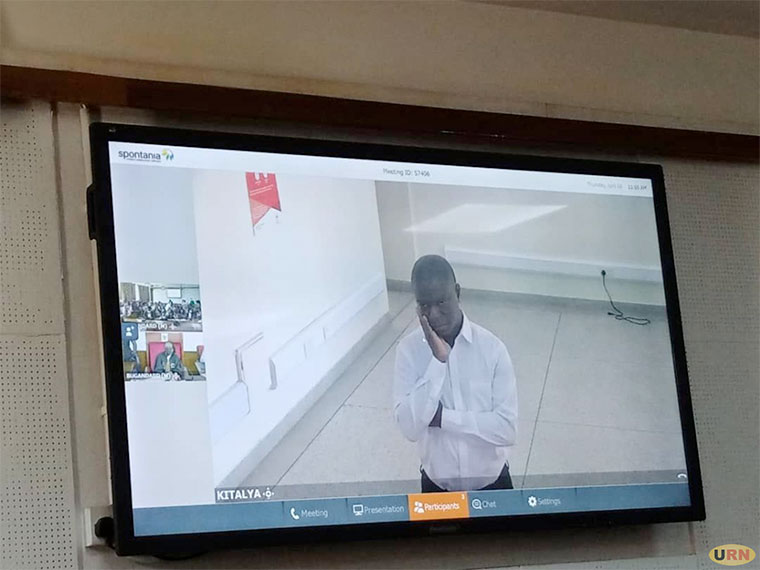 Ssegirinya pleaded with the magistrate to grant him bail

Kawempe North MP-elect Muhammad Ssegirinya has been further remanded to Kitalya prison until April 15 after his legal team indicated that it was not ready to start his trial today.

Ssegirinya, who faces charges of inciting violence was arrested on March 22, 2021, from Mini Price in downtown Kampala during a protest organised to contest the outcome of the January 14 presidential election, and demanding the release of National Unity Platform (NUP) supporters who are detained in various facilities across the country.

At the time of his arrest, Ssegirinya was marching through the streets, holding placards with a list of names of those who are still held in custody. 'Free, Eddy Mutwe', read one of the placards in reference to the personal bodyguard of the former presidential candidate Robert Kyagulanyi Sentamu aka Bobi Wine, who was arrested from Kalangala in December.

Another placard listed Nubian Li, Kyagulanyi’s best friend and music partner who was also arrested from Kalangala and later charged before the General Court Martial, among others. Nubian Li, officially known as Ali Bukeni presented Kyagulanyi before the Electoral Commission for nomination as he started his pursuit for the presidential seat.

When he first appeared before the court a day after his arrest, his team of lawyers led by Shamim Malende attempted to apply for bail citing that their client was unwell. However, Grade One magistrate Gladys Kamasanyu declined to hear their application on grounds that her court had several matters to attend to. Accordingly, she remanded Ssegirinya to Kitalya prison up to today April 8.

Although the prosecution team led by Joan Keko and Jacqueline Akao today told court presided over by Kamasanyu that they were ready to present witnesses and start the trial, the defence team said that they had not been served with witness statements and other disclosures the prosecution intended to rely on during the hearing.

According to Malende, they tried to look for the prosecutors at their known offices in vain. Malende also told the court that they were prepared for a bail hearing today not a hearing of the main case.

But the prosecution dismissed the claim as false and baseless because their address is known and offices always open until 7 pm for business everyday. Based on this, Kamasanyu ruled that Ssegirinya's team failed to take practical steps and due diligence to prepare for the trial.

Ssegirinya personally pleaded with the magistrate to grant him bail to allow him to get treatment for injuries he sustained during his arrest and also prepare for his swearing-in ceremony which is scheduled for next month. But the magistrate informed Ssegirinya that his lawyers have unreasonably chosen not to get the disclosures, in time.

Several of Ssegirinya's supporters including newly elected MPs, mayors and councillors attended the court session while the accused was connected through a video link from Kitalya prison. He is now expected to appear in court on April 15, 2021.

By his own admission Ssegirinya stated the the duo talked him out of parliamentary pursuit and advised him to councillor-ship.

Come NUP, boom, Ssegirinya down and possibly out!

He was much more useful and wiser under Besigye & Munyagwa but because of greed & pursuit of short term NUP popularity, he’s where he is.

Kyagulanyi as usual is no where to be seen. And he has another battle to contend with when he comes out, fake academic papers. Oh Uganda
Report to administrator