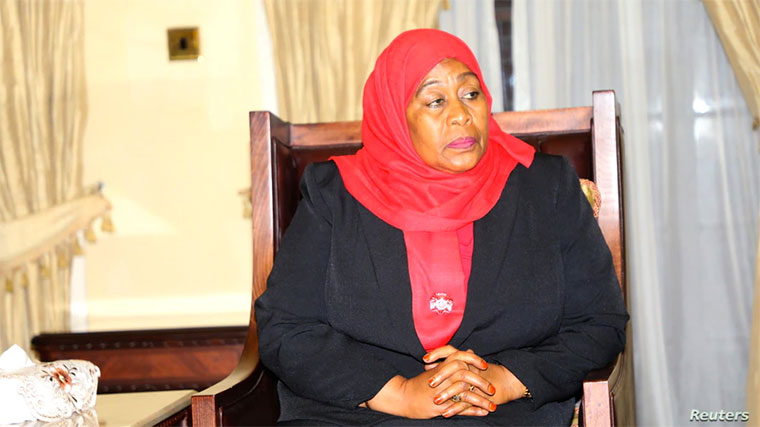 Tanzanian President Samia Suluhu Hassan has ordered the reopening of media outlets that were closed or otherwise repressed under President John Magufuli, who died last month.

In a further break from Magufuli, Hassan said Tuesday that Tanzania will begin following scientific procedures in handling the coronavirus. Tanzania’s new president Suluhu made the remarks at the State House Tuesday during an event to swear in newly appointed permanent secretaries. She ordered responsible authorities to lift a ban on all media outlets that were closed under the previous administration.

She said, "I am told you revoked licenses of some media outlets, including some online television stations. You should lift the ban but tell them to follow the law and government guidelines," she said.  Adding: "let us not give them a chance to say that we are limiting press freedom."

In recent years, some Tanzanian media organizations were shut down for long periods of time, after publishing material that apparently did not please the Magufuli government. Journalists in Tanzania are hopeful the president’s remarks will lead to real reforms. Ibrahim Chawe is a journalist working with local government-owned media, Mlimani media.

"I have received this news with big hopes that this can be a good beginning of press freedom and freedom of speech in Tanzania," he says. "The president has said that the law should be observed," he says, "but when you have a look at the laws or regulations that should be observed, still they’re oppressive."

Chawe went on to say he thinks this step of reopening the press should be an opportunity for new regulations and laws for running the press so as to create full freedom. Salome Kitomari of the Media Institute of Southern Africa in Tanzania (MISA), an organization that defends freedom of expression, believes that full freedom for journalists is coming soon.

It has been a new hope, she says, because we all know there are some media outlets that were suspended because they were accused of breaking the law and regulations. Kitomari adds that “we believe that with the president’s statement we are going to have the freedom to fulfill our responsibility according to the laws and regulations.”

On a separate issue, Hassan Tuesday also announced her intention to form a special committee to advise the government on steps to take in the fight against coronavirus. The late president had denied that COVID-19 was a problem in Tanzania and questioned the efficacy of vaccines. Magufuli proposed the use of alternative therapies to treat the illness.

Suluhu's announcement on fighting the virus was welcomed by many, including opposition politicians. Abdul Nondo is a youth wing national chairperson of the opposition Alliance for Change and Transparency Party.

The full extent of COVID-19 in Tanzania remains unknown, as the government under Magufuli stopped counting cases and deaths in the early days of the pandemic.

We continue to wish her well, wish her proper wisdom in dealing with the pandemic in her country...

We hope she makes stealing deadly in Tanzania, since other African countries are on their knees and most are belly up due to theft !!pmbms
Report to administrator
+1 #2 kabayekka 2021-04-07 00:51
In recent years, some Tanzanian media organizations were shut down for long periods of time, after publishing material that apparently did not please the Magufuli government.

Well then it is indeed logical now to open up the media because the former African leader has no more need for this sort of modern great media technology in his grave.

It is a mistake most African leaders make to think that by being in State House of their various countries, these countries are their personal homes.
Report to administrator