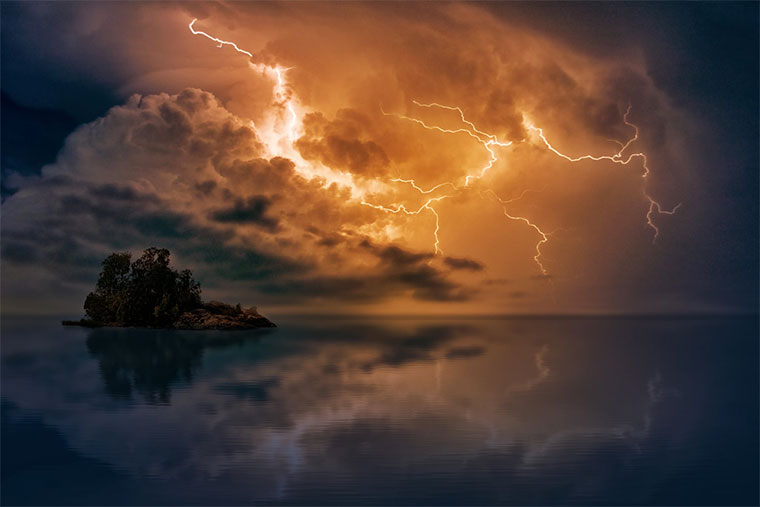 A thunderbolt on Saturday struck dead two sisters in Buzidolo village in Bulopa sub county in Kamuli district following a heavy downpour. The duo has been identified as 25-year-old Deborah Nairuba and 30-year-old Veronica Babirye.

The two were hit shortly after returning from the borehole where they had gone to collect water amidst the heavy downpour. The deceased's father, Moses Mutasa says that while in the house, he heard a heavy blast and rushed to open the door only to see his daughters lying helpless on the ground.

"The blast was so loud and it sounded like a gunshot. I was inquisitive on finding out what had transpired. On opening the door, I realized that my daughters were already dead," he said.

Fabiano Mbago, the Buzidolo village LC I chairperson, says that they have registered four lightning strikes in their village with two deaths in a period of two weeks.

He advises residents to avoid unnecessary movements during heavy rains.

No wonder it is dangerous to use umbrellas in the tropics when it is raining!
Report to administrator
0 #2 Concerned Ugandan 2021-04-06 09:36
Ministry of Health should try to run some local community sensitization programmes and training on First Aid.

When lightning strikes a human being the primary problem is that it stops the heart.

A person trained in Cardio-Pulmonary Resuscitation (CPR) may be able to restart the heart of a victim of lightning strike if they act quickly.

CPR involves rhythmic compression of the chest alternating with mouth to mouth breathing for the victim in order to resrtart the heart and breathing.

These two young ladies would probably still be alive if their father knew what to do. May they rest in peace.
Report to administrator