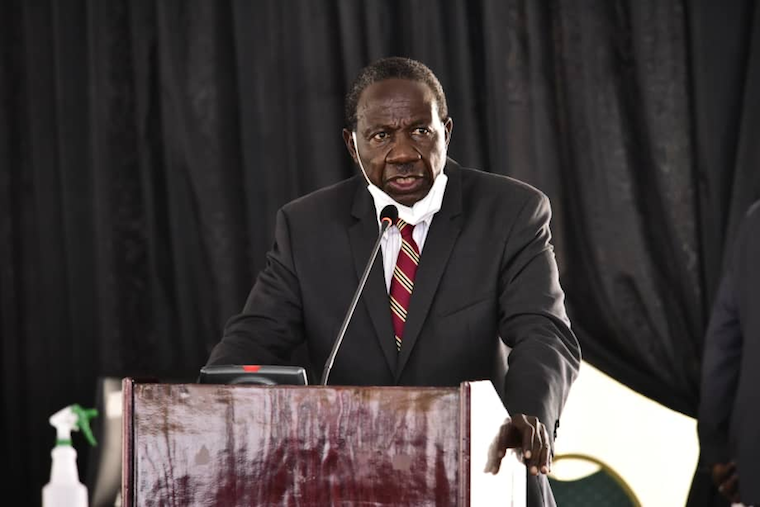 The government is proposing the abolition of Over the Top Services (OTT) under the Excise Duty (Amendment) Bill, 2021.

The Bill was tabled today by minister of Finance Matia Kasaija and proposes the re-introduction of excise duty at a rate of 12 per cent on internet data. According to audit firm, PricewaterhouseCoopers, the Bill proposes exclusion for data used for the provision of medical and education services.

OTT or social media tax was first introduced in 2018 and caused a nationwide uproar and protests led by the outgoing Kyadondo East MP and former presidential candidate Robert Kyagulanyi. A section of the public then demanded a reconsideration of the Excise Duty (Amendment) Act, 2018 with a view of removing the Shs 200 OTT tax that came into effect on July 1, 2018.

The new proposal by the government to repeal the Shs 200 tax follows last year’s revelation to parliament’s finance committee about plans to drop OTT and instead impose a direct tax on mobile data.

The revelation was made by the then Uganda Revenue Authority (URA) commissioner general Doris Akol who underscored the need to have the tax policy reviewed since it was not performing well.

“Proposing to amend Schedule Two of the Excise Duty Act to look at possibly putting excise duty on data…this would counteract the effects of OTT and make it a bit more efficient to collect tax on data instead of the OTT which is highly evaded and is not performing well,” Akol said then.

In July 2019, URA reported a collection of only Shs 49.5 billion out of the targeted Shs 284 billion from OTT. This meant that URA was unable to collect Shs 234 billion from this tax measure, a shortfall of 83 per cent from the estimates.

According to the URA, many Ugandans resorted to using Virtual Private Networks (VPN) and wireless networks in their offices to avoid paying the tax. For OTT, every Ugandan using social media platforms like Facebook, and WhatsApp was expected to pay Shs 200 daily.

Speaker Rebecca Kadaga directed the finance committee to consider the Bills expeditiously and report back to the House. The outgoing parliament is expected to complete the budget process for the 2021/2022 financial year budget before the 11th parliament starts on 20th May.

Under the Income Tax (Amendment) Bill, 2021, government proposes that landlords earning rental income from more than one rental property account for the income and expenses on each property separately.

This proposal by government to compel landlords and companies with more than one property to declare the income from each asset separately was in 2019 rejected by parliament.

The proposal was meant to catch landlords who hide behind making losses to evade taxes and the proposal means that property owners would no longer be able to offset losses from one property using the profits of another. Through this tax reform, government expected to collect Shs 7 billion.

The finance committee report then in 2019 tabled by chairperson Henry Musasizi rejected the proposal saying that even when the government proposal is intended to streamline the collection of rental tax and reduce revenue loss to government, it would increase the compliance burden on the property owners.

"It will be costly and complicated for companies or corporations like National Housing and Construction Company Ltd or National Social Security Fund who own several properties to file separate returns for each property,” read the finance committee report.

Francis Kamulegeya, the senior partner at PWC also then argued that the tax measure would distort the taxation of companies involved in rental property by forcing them to treat each property as if it is a separate business.

Currently, landlords or a company sums up all the monies earned from rent in different properties and once the rental income doesn’t exceed Shs 2.8 million thresholds after deducting the 20 per cent allowable expenses, the property is exempted from taxes.

Meanwhile, the Income Tax (Amendment) Bill, 2021 according to PwC also proposes to increase the rental tax rate for individuals from 20 per cent to 30 per cent similar to that of non-individuals and allow landlords to deduct 60 per cent of rental income as notional expenses in calculating chargeable income.

In External Trade (Amendment) Bill, 2021 government proposes a levy of $0.4 per kilogram to be charged on wheat bran, cotton cake, maize bran and other by-products of the milling industry exported out of Uganda. The levy if approved will be paid by exporters to Uganda Revenue Authority (URA) at the customs point.

+2 #1 Balabas 2021-04-01 23:57
One step forward, three steps back.
Report to administrator
+2 #2 muwanguzi Daniel And 2021-04-02 08:16
The truth is. government tujyikoye. we collect these taxes but all they do is end up in some old mans pockets to feed and satisfy his selfish desires. we have lost hope..
Report to administrator
+2 #3 Kabinda 2021-04-02 09:37
Kenya is launching the 5G while these radar less mchakamchakarese are scheming how to impoverish Ugandans with a punitive tax on a bogus system.

These abewo poverty politics stinks! With this deadwood in power Uganda is going down an abyss.
Report to administrator
+3 #4 Nseka Mali 2021-04-02 10:56
Oh, dear!!!
So Mr Kasaija wants to get people off the internet entirely,and at the same time run an
e-government?????

Am amazed that Africa has veered backwards in the hands of Africans, and soon an african fool will blame Western Countries !!!
Report to administrator
+1 #5 WADADA rogers 2021-04-02 15:07
There is always an underlying sinister motive in all the games that Government plays.

When we warned them about OTT, they forced it through and have robbed big, a u turn is intended to increase the amount having realized that they can do nothing about VPN
Report to administrator
+1 #6 Mandela 2021-04-02 21:26
We have some one who said he is not working for any one except himself. I wonder who pays him.

Now as more tax revenue is demanded of this government from its people, sincerely what sort of mandate has it got from the people of this country?
Report to administrator
0 #8 Joe 2021-04-05 17:28
God, how I wish that Ugandans refuse to pay taxes until the number of ministers/ministries and MPs/constituencies are reduced to manageable levels!

Many MPs and ministers are nothing but fat parasites, useless shenzis!
Report to administrator
0 #9 Anastacia Duma 2021-04-06 14:35
uganda is just led by senile fools !!!

after failing with the OTT gamble, they turn to internet, forgetting that internet connectivity is the future of civilization, and forgetting that they themselves were recently planning e-governance where most government business will be online, education in higher institutions of learning is online, medical engagements between patients and their doctors are online etc...!!

that is the absurdity of Africans when they are in power, and they are old to think of viable solutions that work!!
Report to administrator