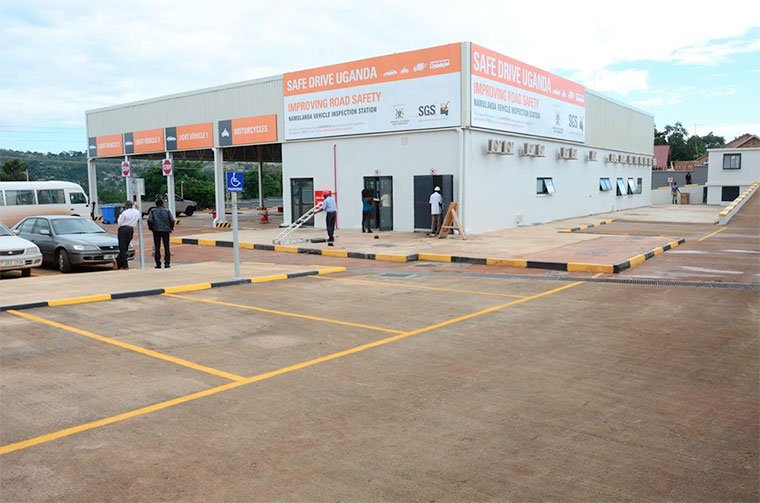 A fight between senior executives at Société Générale de Surveillance (SGS) headquarters in Switzerland has spilled over into the public domain, threatening the resumption of the mandatory motor vehicle inspection programme in Uganda.

Thomas Klukas, a former senior executive in charge of global transportation, has sued SGS for wrongful dismissal in a Geneva Labour court, and is demanding more than 1.8 million Swiss francs (about $1.9 million) in damages.

In his suit, Klukas alleges that he was unlawfully fired by the company for exposing unethical practices in its dealings with Ugandan government officials. He accuses SGS of colluding with Ugandan authorities including the former state minister for Transport Aggrey Bagiire to win the tender for inspection services in Uganda.

Bagiire said the allegations against him are outrageous, and “lack any basis.”

“I became minister in 2016. The contract [for SGS for motor vehicle inspection] was signed in 2015. How then can you accuse me of influence peddling when I was not in the office then?,” he asked.

He further laughed off the accusations, adding that: “I am happy to go to Switzerland [in court] to enjoy a few days there if they want me to clarify to them anything.”

Bagiire said any subsequent meetings he had with SGS and other stakeholders were in his official capacity as the line minister for updates on the progress of the project. An official from SGS, who declined to be named because he is not authorized to speak on behalf of the company, said SGS denies the allegations of corruption and influence-peddling and insisted the company’s operations are subjected to the highest international ethical standards.

Certain sections of the media in Uganda have this week run stories quoting Klukas’ allegations against SGS in the Geneva Labour court. SGS lawyers in Uganda, Cristal Advocates - were reluctant to comment about the ongoing SGS management fight, citing client-advocate confidentiality. Cristal Advocates was also adversely mentioned in Klukas’ allegations.

Cristal Advocates, however, strongly objects to any inferences or allegations by Klukas that their activities would be anything other than the legal representation of their client. In any case, a parliamentary probe looked into these allegations in 2017 and there was a High court case over the same long before Cristal Advocates was hired by SGS and both institutions did not find merit in the accusations.

Government contracted SGS on March 15, 2015, to undertake the function of inspecting cars to reduce road accidents by ensuring that all vehicles on the roads were roadworthy. In 2017, parliament recommended halting of the mandatory inspection programme pending conclusion of its inquiry.

Parliament was concerned that the re-introduction of the mandatory vehicle inspection through a private provider, while intended to aid in the stemming of the road carnage, ended up being rife with a host of public concerns. These included exorbitant pricing, inadequate coverage, unrealistic deadlines and general skepticism over the overall intention of the intervention.

Following the closure of its inquiry, parliament recommended, amongst other proposals, a reduction and rationalisation of the testing fees before resumption of the inspection services.

In a new proposal signed with government in April 2020, SGS significantly revised the inspection fees as demanded by parliament and committed to improve further the inspection centres and streamline operations. Government, too, gave its assurance to ensure the seamless implementation of the programme. Delays to resume the programme after signature of the addendum agitated SGS, leading to the termination of the motor vehicle inspection deal with government, citing contractual breaches.

It is still unclear whether SGS would be persuaded to rescind its termination to resume the programme. Mandatory car inspection remains a heated debate, especially for a public struggling to make ends meet. There was a strong opposition to the idea, especially over the fees and the limited inspection centres.

Already, parliament, in a December 2020 document advised the ministry of Works and Transport (MoWT) to “liaise with the ministry of Finance, Planning and Economic Development to ensure that funds for the establishment of the Master Test Centre are budgeted for in the FY 2021/2022 to enable MoWT effectively supervise the implementation of the motor vehicle inspection program.”

Sooner than later this very nice international inspection adventure will resume on the Uganda Airlines, the Uganda Railways, and the Uganda Ferries and motor boats!

"Adventure.." in Africa!!!!
Report to administrator