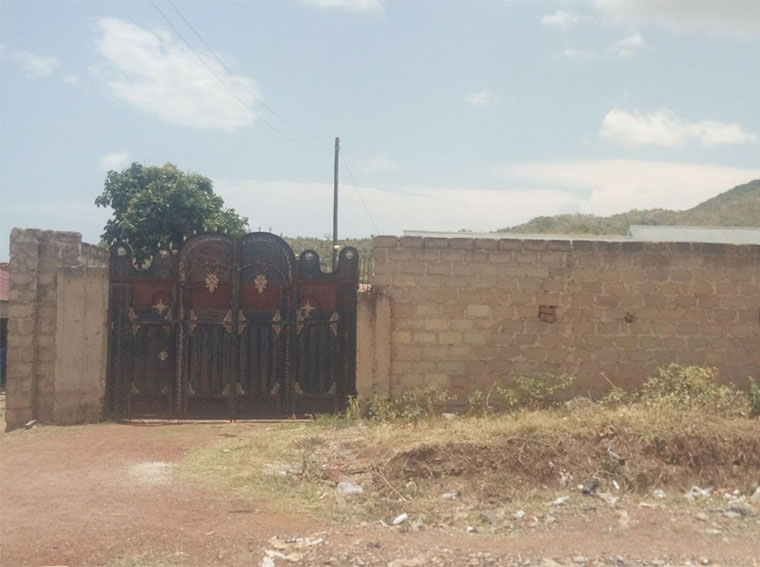 A combined security team of the army and police in Napak district is hunting for unknown thugs who broke into the ancestral home of the Army General Court Martial chairperson, Lt. Gen. Andrew Gutti and made off with his Massey Ferguson tractor.

The thugs broke into the General’s home in Iriiri village in Iriiri sub-county, Napak district at around 12 am on Wednesday morning. John Lokut, the Iriiri village defense secretary, says the incident was shocking. "Imagine breaking the General's home, these are killers,” he said.

Michael Longole, the Karamoja region spokesperson, says the thugs abandoned the tractor in the nearby bush when it ran out of fuel.

"We are looking for them and they will be charged with theft and trespass," Longole said.

"I don't know whether it was a deliberate move or it was burnt by a group of youth who were hunting for rats,” he said.

According to Angela, locals burn grass in the hunt for rats whenever there is drought.

That is why such rich military farmers should make the efforts to build up a cooperative neighbourhood spirit. That way many more villagers will prosper in mechanised farming.
Report to administrator
0 #5 kabayekka 2021-04-01 14:38
Finding these culprits and locking them for years in a government prison is not good enough.

Rehabilitating them on this rich military farmer' extensive farm will help the security situation in that farmland.
Report to administrator
0 #6 Nseka Mali 2021-04-02 11:02
[quote name="kabayekka"]Finding these culprits and locking them for years in a government prison is not good enough.

Rehabilitating them on this rich military farmer' extensive farm will help the security situation in that farmland.[/quote

Gutti should have shot the thieves and relieved the country of that number thieves !!!

Better to steal from the rich than from the poor. Our taxpayers.

No, Sir. Theft cannot be justified in any way.
Report to administrator