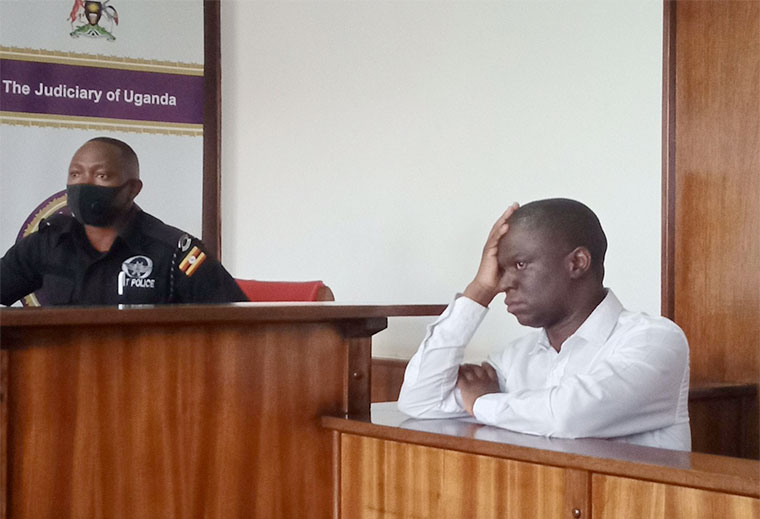 The High court in Kampala has allowed Sulaiman Kidandala Serwadda, the first runner up in Kawempe North parliamentary elections to serve his rival, Muhammad Ssegirinya in Kitalya prisons.

Kidandala is seeking to overturn Ssegirinya’s victory in the January 14 polls on grounds that he used forged academic qualifications for nomination and subsequent election as a member of parliament.

One of the lawyers, Alex Akena told the court that they tried reaching Ssegirinya through his known phone number but were informed by his brother that he was locked up at the Central police station (CPS) in Kampala. According to Akena, he went to CPS Kampala to serve Ssegirinya but the investigating officer told him to wait and serve him at Buganda Road court which remanded him to Kitalya prisons for inciting violence.

He told the court that he went to Buganda Road court but still failed to access the defendant for service. On Monday, justice Emmanuel Baguma, the deputy head of the High court civil division allowed the lawyers to serve Ssegirinya through the officer-in-charge of Kitalya prisons. Baguma also directed the High court civil division registrar, Jameson Karemani to place another copy of the petition on the court notice board.

Kidandala, who lost to Ssegirinya wants court to overturn his victory on grounds that he lacks the Ordinary and Advanced certificates and is, therefore, ineligible for election as MP. He claims that Ssegirinya used the academic documents of Nampiima Sarah for “O” Level and Nabadda Maureen for “A” level and wants the High court to stop him from swearing-in and consequently order the Electoral Commission to organize fresh elections for Kawempe North.

He also claims that Ssegirinya is not a registered voter anywhere in the country and failed to obtain the names and signatures of a minimum of ten registered voters in Kawempe North to support his nomination.

E.g., after ANTS' dismal performance in the January 14th 2021 General Election; not a single word from Gen Mugisha Muntu and Co. One would think they are now resting in peace.

In other words, according to some invisible divine forces, treachery has logical consequences. Probably things would have been different if all the so called aggrieved FDC members, had held on, and consolidated their efforts in the STRUGGLE!.

Isn't this the same as the case with Bobi Wine who was arrested at home but the CJ wanted him to bring his affidavits within in 14 days
Report to administrator
+1 #5 Omuzira Ente 2021-03-31 17:16
If Kidandala knew that the people of Kampala especially those in Kawempe Division don't believe in him he would not be wasting his time and creating more enemies.

Lord Mayor Lukwago got problems with NRM Councillors in KCCA simply because he had chosen Kidandala as his deputy. To everyone's surprise Kadandala started undermining the Lord Mayor and siding with NRM to oust him from office. up-to-now Lord Mayor has not received his accumulated salary and damages of close to UGX 500m/=.

Kidandala stood last time and failed to beat Latif Sebagala , People were begging to forgive him when he joined NUP as National mobiliser but like many who joined NUP for jobs he jumped and went to contest for MP thinking that he would confuse the people that he is a new NUP fighter.

Facts must be known to Kidandala that even if Hon Segirinya does not go to Parliament , people will choose someone else less known in politics but not DP opposition TRAITORS like Kidandala, Mabike and Paul Keneth Kakande
Report to administrator
+3 #6 Samuel 2021-03-31 20:52
Let us answer the key issue: Does Ssehirinya have the papers?
Report to administrator
+1 #7 Tim 2021-04-02 07:37
Instead of questioning Kidandala's motive and character, the issue should be: does the 'beloved' Richard Segirinya qualify for the MPship? And courts willanswer the question and a way forward given.
Report to administrator
0 #8 WADADA rogers 2021-04-06 15:54
Kidandala will defeat Segirinya and all factors being constant, he will be declared winner by Court.

It has happened before and it can happen again.
Report to administrator