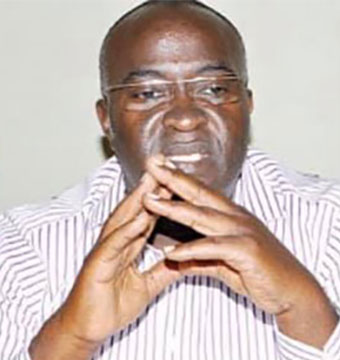 The body of the late former chairman of Uganda Taxi Owners and Driver’s Association (Utoda), Haji Musa Katongole is to be laid to rest tomorrow. His brother, one Haji Katongole, says that it has been very hard to bury the deceased today due to the heavy downpour in and around Kampala that started in the wee hours of the morning.

According to Islamic traditions, a deceased person is normally buried the same day they die especially if they die in the morning. Haji Katongole was speaking to URN from their family home at Kasangati along Gayaza-Kalagi road where some of the relatives and friends have already started gathering to remember the man who has been in the city transport business for over 30 years.

It is still unclear where Katongole will be buried as his will is yet to be known. But his brother says that he will either be buried at their family burial grounds at Kasangati or Nakasajja or at his home in Kanyanya.

Katongole also has a home in Ntinda Minister’s village. Some of the relatives and friends who spoke about the deceased described him as a very generous person who cared about humanity. Hajji Muhammad Kabugo described Katongole as irreplaceable.

Abdallah Lukumbi, one of the friends of the deceased, said “Hajji Katongole has been a very generous man. There are numerous people here in Uganda and outside who have been assisted by Katongole. While he worked with Utoda, he employed very many young people irrespective of their religion or tribe. We shall truly miss him.”

Katongole died around 5 am on Tuesday morning after spending eight days at TMR International Hospital Naalya, a Kampala suburb. Katongole has been suffering from heart complications, diabetes and hypertension. It’s said that he also recently contracted Covid-19 that was the immediate cause of his hospitalization.

He spent most of the eight days in hospital on a ventilator because of breathing difficulties. Currently, his body is at A-Plus Funeral home at Mengo where it is being prepped for burial. It’s expected to be taken to his homes at Kanyanya and Ntinda. His funeral prayers will be held at Kibuli mosque where he’s been one of the right-hand men of Prince Kassim Nakibinge, the titular head of the Muslims.

0 #1 kabayekka 2021-03-31 12:13
This seems to be one of the many Ganda business brains who new how best to modernise the old age delapidated Kampala public transport system.

But dared not to put his fingers in such efforts! Well the best alternative was if you cannot beat them, join them! He did make his living indeed. God bless his soul.
Report to administrator
-1 #2 kabayekka 2021-04-01 14:18
And when one looks at the current planned International city of Kampala one feels that much more needs to be done properly.

After all about 10 more cities have started to spring out from the closet of African mismanagement!
Report to administrator