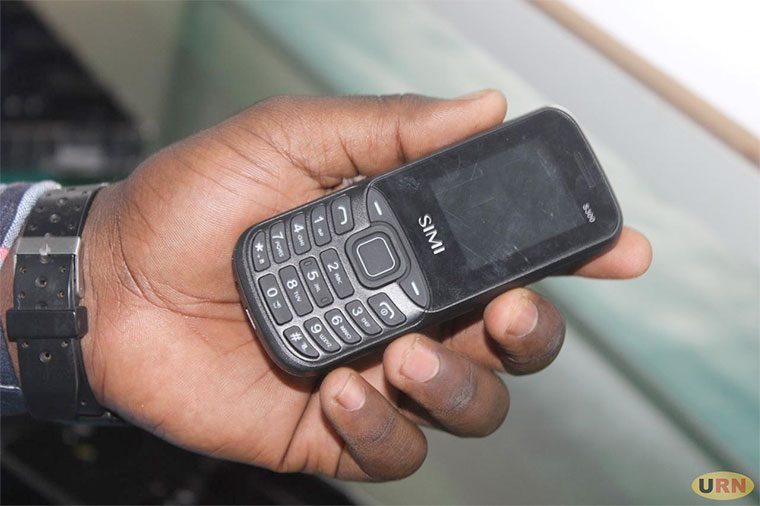 Simi Technologies, the manufacturer of Uganda’s first assembled mobile phones, says it has recorded huge sales during the first year of its operations way above their projections. Simi has been in business for 13 months following its launch late in 2019.

David Beecham Okwere, the chief executive officer (CEO) Simi Technologies, says that the company has managed to sell over 400,000 pieces of mobile phones since it started operations in November 2019. The company makes both feature and smartphones models, sold locally and internationally.

According to Okwere, they had not projected to make such big sales but because of the ideal and modern technology the company uses, Ugandans have warmly embraced their phones.

“We are surprised at how our products have hit the market. Since December last year, we have sold an estimated 400,000 pieces of mobile phones both digital and smartphones. Our ability to promote innovation and the long-lasting nature of mobile batteries has been key in winning the market,” said Okwere.

Besides, Okwere revealed that the company intends to upgrade its technology and innovation to include a thermometer and a malaria testing innovation on the new phones set for release in May this year.

“We are working on a number of innovations to enable Ugandans or our customers to get the best and more than just a mobile phone from our products. By May 2021, we want our clients to test for malaria using their mobile phones without going to a health worker or a health unit. This will be one of our milestones but we are still developing the technology,” said Okwere.

Currently, a feature phone costs Shs 21,000 at factory price, while retail ranges from Shs 35,000 to Shs 45,000, according to our survey. Smartphones range from Shs 100,000 to Shs 300, 000 at factory price. At Kamwokya, a feature Simi phone goes for at least Shs 40,000 and their demand is high, according to Elizabeth Musimenta who sells phones and accessories in Kamwokya.

Another sales agent operating an Airtel Shop in Kamokya told our reporter that the mobile phones are currently out of stock.

“They are currently out of stock but we shall restock soon,” said a saleswoman who only identified herself as Mariam. “In a space of one week, we can sell almost a dozen pieces,” she added.

Our reporter interviewed some of the users of the Simi phones and most praised the first model, S300 for its long life battery said to last between 7 and 14 days. Muhamad Kibuka of Kisaasi who uses the Simi S300 model, says the battery lasts 2 weeks.

“I don’t overuse it for music or internet, so my battery takes almost two weeks,” he said Saturday.

Bena Kizito told URN that although the phones are generally good, the digits and letters on the keypad peel off faster and customers struggle to guess, which letter or figure to dial when sending messages.

According to Okwere, most of the materials for making Simi phones are got from Uganda although few parts are flown from China. The phones, he said are exported to Morocco and other East African countries where they have found a ready market.

The company that also manufactures laptops and phone accessories is eying to make Simi the brand of phones in Africa. It also has plans to construct assembling plants in Morocco, Ethiopia Tanzania and a number of African countries in order to penetrate the African market- using the Continental Free Trade Area Protocol, which is yet to fully take shape in Africa.

The assembly plant now operates beyond its estimated daily production of 2,000 feature phones, 1,500 smartphones, 800 laptops as well as 1000 earphones.

Those phones are like from 20 years ago, before the smart phones

Whats with us Africans. always criticizing. do we have any phone laptop brand assembling gadgets in Africa？

Nope. so instead of always being negative embrance this for once. we all start somewhere.
Report to administrator