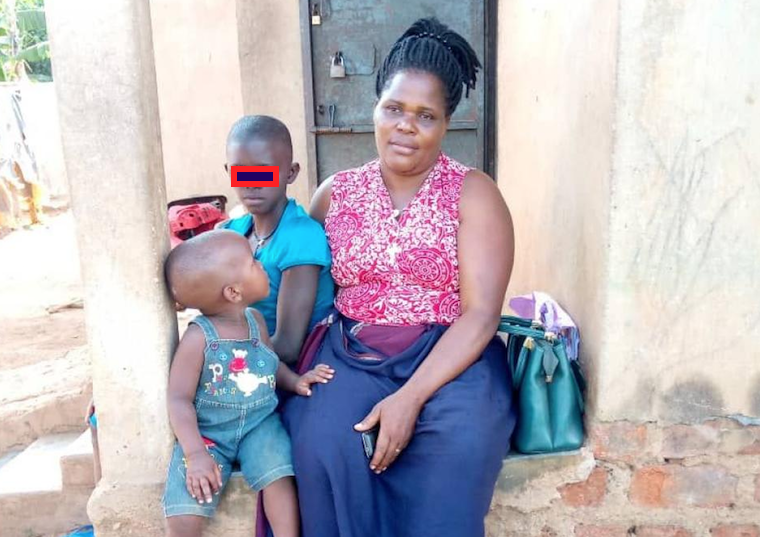 December 8, 2020, will forever stay inked in the memory of Solome Nakibuuka, 44, a resident of Busabala, Wakiso district. It’s the day when her two sons; 23-year-old Denis Matovu and 25-year-old Richard Sonko went missing.

On the day they were kidnapped, Nakibuuka says Matovu left home at around 6:00 am, going to meet his brother Sonko at Lukuli-Nanganda trading centre in Makindye, who had got him a gig of driving a lawyer for a full day. He did not communicate with any of them during the day.

At around 7:00 pm, Nakibuuka says she got a phone call from her sons’ paternal uncle Julius Muyige who was in the same locality, informing her that he saw Matovu being hand-picked by four men casually-dressed, who hurled him into a waiting numberless white Toyota Hiace vehicle, now notoriously known as 'drone'.

Muyige told Nakibuuka that when Sonko ran and attempted to rescue his brother, he was equally grabbed and bundled in the vehicle together with Matovu. The family has never heard of them again. What followed, Nakibuuka says, was a frantic search for the duo that has lasted more than two months.

Nakibuuka wept as she narrated how she spent the entire night awake of December 8rh hoping for the return of her sons. She went to Katwe police station the following day to report a case. She says she has since had nightmares about her missing sons.
The search, been financially costly too, with several people volunteering to search for her sons in various prisons at a cost between Shs 100,000 and Shs 300,000. Even her own personal search in various prisons and army bases has not yielded any positive results, she says.

Nakibuuka says she has so far spent at least Shs 8 million in futility searching for her sons. Even recently, some people came and asked for Shs 5 million and Shs 3 million respectively to help bring her sons back, money she didn’t have.

"I told them I could only pay that money if I see my sons first, but they told me I have to first make a deposit of Shs 1 million because they have to bribe people at the prison gates. I have been conned enough already, I don't even have any more money left because it was my sons looking after me," she said.

Nakibuuka has been dealing in second-hand clothes at Kalungi Complex along Nakivubo road. She had no choice but to close her business because she spent all her savings on the search of her missing sons.

Like many parents whose children are missing, Nakibuuka says she is now left with listening to the news on radio and television waiting for the list of people under detention from government. She now regrets supporting President Museveni's government which she says is responsible for kidnapping her sons.

"I appeal to the government to give us our children dead or alive. Why I even keep crying every day, by the time this government came into power, I was still very young and our grannies and aunties at the time were proud of this government. I grew up looking up to President Museveni. I started voting in 1996 and I could only vote for President Museveni - nobody else. People must even be laughing at me right now, saying that is the woman who used to wear dry banana leaves to show support for Museveni and now she’s crying that the same government she supported has kidnapped her children. Why would Museveni kidnap my children yet he went to the bush to fight for the restoration of human rights. Let Museveni give me my children," she said amidst sobbing.

Last month Museveni directed security agencies to release the list of missing persons. The army claims to have handed over the list to the police but there has been a pull and push between the two institutions, with police claiming it cannot account for people it has not seen and doesn't know if they are dead or alive or haven't been tortured. Even the Internal Affairs minister Gen Jeje Odongo also failed to present a list of missing persons before parliament for the second day running this week.

Benjamin Katana, the lawyer handling this case said that he has failed to locate the two missing sons and that according to available records, Sonko and Matovu have not appeared before any court. Katana also says he filed an application in the High court which he says is yet to be reviewed.

“Well, they were supporters of Kyagulanyi, but have not appeared before any court. We hope to locate them when they are still alive,” he said.

0 #1 Jama 2021-03-04 14:28
Why is the so called international community silent, when a despot is murdering, abducting and arbitrary jailing Ugandans?

Where are the human rights organizations?

The UN security council, The USA gorvmnent,the EU and human rights organizations are all focused on Burma, Hong kong and others as if Africans are subhumans whose'life doesn't matter.
Report to administrator