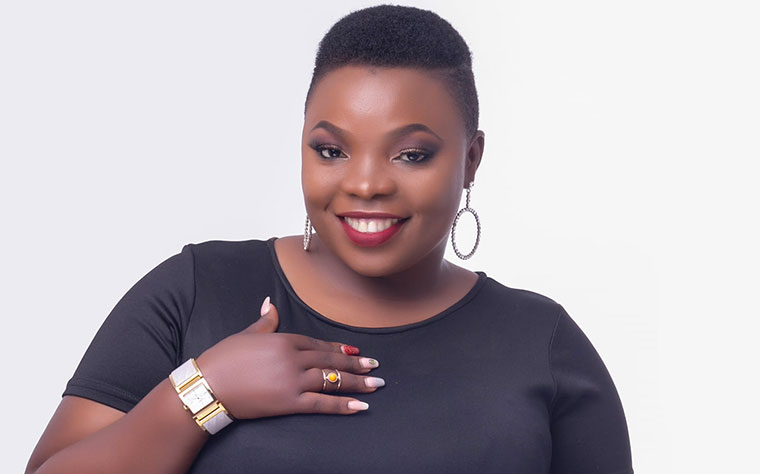 Local female musician Ameria Nambala is under investigation after she was found in possession of 48 genuine passports whose owners can't be traced. Nambala was arrested from Sheraton Hotel Kampala on Friday by plain-clothed security personnel from the presidential guards, Special Forces Command (SFC) and Internal Security Organisations (ISO).

Crime intelligence and investigators at Kampala Central police station (CPS) where Nambala is being held since Friday say the Chieftaincy of Military Intelligence (CMI) and External Security Organisation (ESO) have joined the probe purposely to establish where the owners of the passports are.

“We have asked her to produce the owners but she seems not to know where they are. These are genuine passports and owners must be produced. We must know whether something wrong was done about them or not. We opened a file on SD 58/19/2/2021,” Owoyesigyire said.

According to security sources, the suspect would have been slapped with charges of forgery if the passports were fake. The investigators have so preferred charges related to human trafficking, which can change at any time should security agencies establish that anything wrong was done to the owners.

“We are four security agencies in this case and we have orders to ensure we establish what happened to all the 48 people. You can’t be taking people for a trip and you fail to account for them,” a security source said.

Police sources have revealed that they received intelligence information on Thursday evening that a woman was in possession of several passports belonging to different individuals for unknown reasons.

Earlier information indicated that the suspect was going to meet the passport owners at Kampala Serena hotel. But the phone signals switched to Nile Avenue where the Sheraton hotel is located. A team was hastily sent to Sheraton where she was arrested alongside her colleague, Esther Nassali.

“We suspect these passports were stolen from owners or they were confiscated from people smuggled out of the country. We also have reason to suspect that owners could have died. All these investigation lines can be ruled out only if these suspects show us the owners,” an intelligence officer said.

Crime records at CPS have revealed that Nambala was arrested in August 2019 over allegations of fraud. At that time, she was dragged to CPS by Andrew Sekandi, accusing her of defrauding him out of Shs 7 million according to a statement that was recorded vide police file 30/09/08/2019.

Sekandi alleged that Nambala had approached him claiming that she was taking people for jobs in Sweden. Sekandi said Nambala charged him Shs 7 million to secure visas for the children but she didn’t fulfil her promise.

One of the most popular songs sang by Nambala is Kabila Kange, a love song where she warns women to dare not tamper with her husband. The song is commonly played at traditional functions such as weddings because of its traditional Luganda beats known as Enggoma Uganda.

0 #1 Rwatooro 2021-02-23 01:04
It is alleged that; Musician Nambala is a secret agent of “RWABWOGO” the man internally known for “HUMAN ORGAN TRAFFICKING” being under the shield of his father-in-law.

Nambala persuades people that she’s getting them jobs abroad; and eventually, they end up being killed within Kampala and their organs removed.

It is not until the regime is changed, the human organ trafficking in Uganda will not end. Those 48 people must be dead now. The lady was waiting for her compensation to go get more people.

The order to release her is going to come from above and she will be free. They will find what to fib the public. Even those who are picked up in “drones” and get killed, their organs are exported overseas for sale. That’s the Uganda we are in now!
Report to administrator
0 #2 Lysol 2021-02-23 04:36
Uganda passports are very easy to get. One can get it in one day, because of the corrupt killer regime.

She looks good, i have a feeling she is being accused falsely, somebody is after bringing her down like is the norm in Uganda

And how about the passports she is holding? what say thee about them?
Thanks
Report to administrator
+2 #5 Kalemera 2021-02-23 15:24
Why is the SFC involved? How does this involve the president? This should be a case under the police and only the juridisction of the police.
Report to administrator
+1 #6 WADADA rogers 2021-02-23 15:33
Steward they baganda have a saying that atamukute yagamba ............ Before you find your self cornered, you will never know what others go through.

In this country, any one can be a victim of anything depending on the purpose and the person who want to fix you, do you believe Bobi wine hand those brand new machine guns in Arua when he was arrested and charged with treason. Do you believe Eddy Mutwe and group were found with any guns, a mafia is a mafia
Report to administrator
0 #7 kabayekka 2021-02-24 17:06
Well is the Immigration office saying anything? Because surely these passports officially belong to the State of Uganda!

And their files are there for the public to be informed. If the owners are some of the UNP youths who have been beheaded in the forest of Mukono lately, the Uganda police is answerable.

Because as soon as one is arrested in this country, the police demands you to surrender your Ndaga Muntu or Passport.

They take these documents into their police custody at their own peril especially when the UPDF takes these human suspects and kill them and throw their dead bodies in the thick tropical forests of Mukono, Buganda.
Report to administrator
0 #8 kabayekka 2021-02-24 17:12
Indeed the Ganda tribes people have a traditional saying: Omuntu bwomutta aluluma.

And it is high time M/s Ameria Nambala if she believes in the Ganda fables, came down quickly with the truth of the matter!
Report to administrator