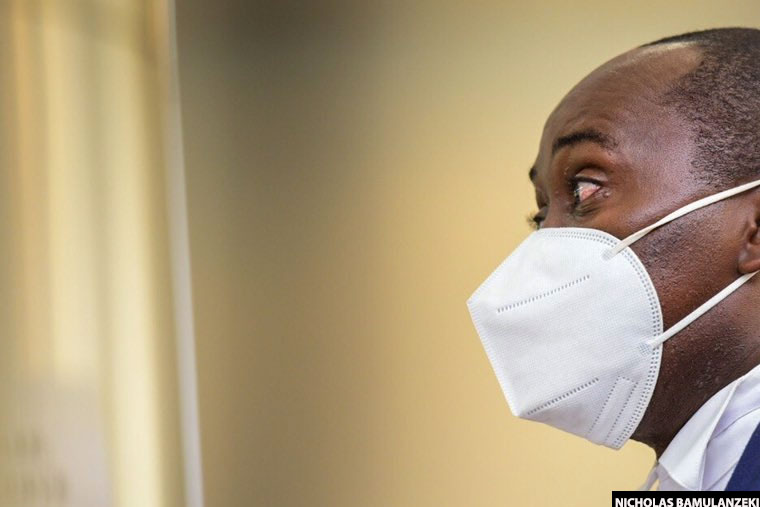 In a majority ruling of 8:1, justices of the Supreme court have declined to allow an application by former presidential candidate Robert Kyagulanyi Ssentamu to file more evidence to support his petition challenging President Museveni’s victory in last month’s presidential election.

In a short ruling read by justice Percy Night Tuhaise, the Supreme court did not give any reasons for its ruling.

“We have given due consideration to the application and submission of counsel for the applicant and for the respondent, by a majority of 8:1 this court disallows this application. Costs shall be in the cause. Detailed reasons for the ruling will be contained in the detailed judgment,” Tuhaise said.

According to Jameson Karemani, the spokesperson of the Judiciary, justice Dr Esther Kisakye was the only justice who wanted to allow Kyagulanyi to bring the evidence and dissented from the majority ruling. Nine justices; Alfonse Owiny-Dollo, Ruby Opio-Aweri, Mike Chibita, Faith Mwondha, Night Tuhaise, Ezekiel Muhanguzi, Paul Mugamba, Esther Kisakye and Stella Arach Amoko are hearing the petition.

Kyagulanyi was barred from filing 200 affidavits last week in the Supreme court arguing that he was out of time. The court had set February 14, as the deadline for submitting evidence. However, Medard Lubega Sseggona, the lead counsel for Kyagulanyi said that the actions of the state like arresting of their party supporters, bribing of their witnesses and a siege at their office at Kamwokya had hindered them from filing in the agreed time.

Lawyers for Museveni, the Electoral Commission and the Attorney General as the first, second and third respondents respectively opposed the application.

They argued that if it is allowed, it will put pressure on the Supreme court and may cause it to fail to give its ruling before March 18 when the 45 days that are allowed by the constitution expire. Speaking to reporters after the dismissal of the application, Sseggona said it was unfortunate that court was stopping them from filing their evidence. He said it would be disingenuous for him to argue that this ruling will not have an impact on their case.

"We'd intended to bring evidence to demonstrate how the Electoral Commission falsified results, how Gen Tibuhaburwa misused the army to lay siege on our offices in Kamwokya, to intimidate, kidnap and detain would be witnesses. It is unfortunate that that evidence has not been allowed even when it is available in the possession of court. We shall come and pick our documents for history and posterity. Yes it has an effect on the case but we have not come to the conclusion that the case is failing because of that although I must confess that every piece of evidence we want to bring to court is important and impacts on the case," said Sseggona.

Early this week, while addressing a press conference Kyagulanyi said that if the Supreme Court continues to act in what he called a biased manner, he will have no any other option but to withdraw from the case.

He said by refusing him to amend his petition and also submit evidence, the court was setting him up for failure. He also called upon three justices, Owiny-Dollo, Chibita and Muhanguzi to recuse themselves from the matter. However, Kyagulanyi is yet to make any formal application to that effect in court.

The price to pay for participating in sham elections, when the outcomes are already predetermined.

. I agree and add to that the hidden costs of cowardice, accepting & hosting gate crushers into Lweero some 35+ years ago.
Report to administrator
0 #12 Wooden K. 2021-02-21 18:16
Kasede , be careful who you agree with.
This place has been turned into something that it was not intended to be.

You could find that a few months ago ,"Lysol" did not think it was such a bad idea to participate in "sham" elections.
Report to administrator
0 #13 Byamukama Patrick 2021-02-21 18:21
Wastage of money and time. And doesnt he (BOBI) Know that most of the judges are pro museveni?
Report to administrator
0 #14 Wooden K. 2021-02-21 20:43
I think it is intellectaully incorrect to say that "outcomes " of the recent elections were "already predetermined"

"Outcome" being a subjective terminogy as it is , one can reason that it was never "predermined" that Buganda and Busoga would reject Museveni for the first time in 35 years.

It can at least be said that none of the 256 former MPs and over 30 Ministers, who were voted out, can now say that they ever predicted the "outcome" of the"sham" elections.

One other "outcome" of the elections that was never predetermined is that Museveni would be forced to call back his commandos from Somalia just because a few hooligans are making noise.
Report to administrator
0 #15 Wooden K. 2021-02-21 23:44
Its a puzzle to me how bapeople can write such polished English and yet can`t reason well .

How many times must be repeated that every election , even a rigged one , is going to generate controversy , which may eventually not beneficial to the one who holds the dominion.

How on earth could People Power/ NUP measure its strengths and weakness by not participating in the PROCESS of an election ?

Sometimes I question my presence here .
I mean , isn`t there anybody here who knows that even taking the matter to court , or challenging a Judge suspected of bais is still a part of active electioneering ?

Its dissappointing to see bapeople who think that an election starts and ends on the day winners and losers are announced.
Report to administrator
0 #16 Wooden K. 2021-02-22 00:00
As long as there is a country to run; as long as there is a dictator to remove , "electioneering" by all and any means, shall be an on-going occupation .
It will be done in courts , in jails and inside coffins.

Set backs will be covert checkpoints.

Obviously , nej sayers will say what they will say. That is their defintion.

Oh mye mye mye!! How come everything was working against Doggily Doggy when he organised riotd and wanted to cause civil war.He is the principal generator of all troubles and his cronies and paid terrorists were terrorising Uganda and Ugandans .

If it were the opposite there would not be any problems..He miscalculated Uganda with his financiers .He is reaping fruits of his evil acts .Go to hell gringo Doggy!!?

For some reason, i starting to hate the writer of these comments
Report to administrator
12