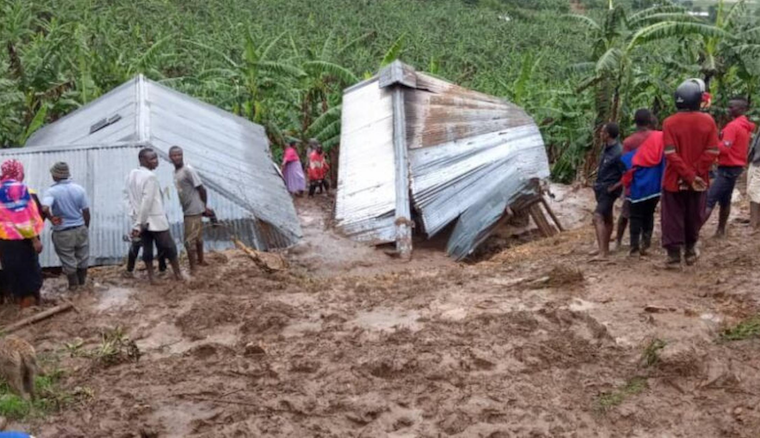 At least eight people have been confirmed dead in landslides that devastated Karungu sub-county in Buhweju district. The mudslides followed a heavy downpour on Thursday.

The eight have been identified as, Kyogabirwe Jovita, 30, and her three children Timothy Tayebwa, 12, Annah Nkarekaho, 6, and Akora Agnes, 8 months. The others are Teopista Keminagano, 81, Busingye Specioza, 60, Shalon Ampiire, and  Amanya Nkorenkabo who died shortly after admission at Bwizibwera health centre IV in Kashari.

Simon Aguma Tuwangye, the chairperson of Kyesiika cell says that the rains caused a heavy mudslide that swept through the hills above the house where the deceased had sought shelter. Aguma identified the owner of the house swept away and family head as Crescent Asiimwe.

Buhweju district police commander Denis Kamugisha said the bodies had been handed to relatives to go on with the burial arrangements.

A similar incident that happened in September 2011 claimed three people in Bisya sub-county which forced district officials to start a campaign to plant 50,000 trees with a mission to end the environment related catastrophes.