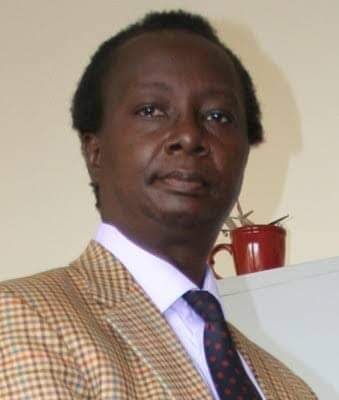 Makerere University associate professor, Anthony Geoffrey Genmungu Kerali has been found dead in his bedroom. Kerali died at his home at Plot 1, Prince Charles Drive in Kololo in Kampala. The cause of his death is yet to be established.

Kerali was a lecturer at Makerere's college of engineering, design, art, and technology (CEDAT). Wilbert Ngira, a relative who has been living with the deceased says that Kerali did not wake up as he usually does.

This forced him and the two housemaids to knock on his bedroom door at bout 3:30 pm, but there was no response. He says that they forced the door open only to find him dead in his bed. Less than 24 hours before his death, Kerali spurred a social media debate when he tweeted: "Someone at the golf club asked me an intriguing question. A former Justice of the Supreme Court. How many Northerners still live in Kololo? Sounded casual. But the point was noted. Only Dr Obote family, Dr Martin Aliker, and me. Why? Incredible simple question that exposes a lot."

Three days earlier he'd also tweeted about publishing a book which he said would set "aside several myths" about the Obote and Idia Amin governments saying the had humility but also took things for granted.

"Excerpts: 24 Jan 1986, NRA commanders, friends, pass by my hse, Makerere. Really thin, extremely ill fed. They ate like there would be no tomorrow. Then I took a walk to: GPO, Radio Uganda, UTV. A new Government, 25th Jan 1986. Silence. What is 26th all about? Grand deception" he said in one of his tweets.

For his incredible construction designs, a section on the Kabale-Kisoro was named the 'Kerali corner' in recognition of his talents and skills.

Kerali was born in 1962 at Erusi village, Otanyi sub-county in Nebbi district to the late Mzee Claudio Mamba Kerali and Zebia Kerali. He studied a bachelor’s degree in science in civil engineering at Makerere, before going to Loughborough in the United Kingdom to study for a master’s degree in construction economics.

He later graduated with a PhD at Warwick University in material science. He is survived by two sons and a widow although he was living alone in Kololo. His body was taken to Mulago hospital for a post mortem.

What an amazing road.?! Congrats Uganda!!!

You are a happy man to have eliminated a down to earth caring country mate and a professor whose only dream was to leave behind a better Uganda unlike you and your folks whose only objetive is to bring the country to the Old Stone Age.

If I was in your shoes (something a pig would not even dare dream of becoming given the satanic deeds and history you and your mates are leaving behind), I would NEVER use my fingers to write something concerning the untimely death of this galant Ugandan enginer and professor..
Quote | Report to administrator
+4 #12 Lysol 2021-02-20 22:44
Quoting Wooden K.:

Only 3 northerners still live in Kololo ? !

That is news to me .

The Lord works in mysterious ways. One day they may occupy the Stare House again and even that Rwakitura. Never say never.
Quote | Report to administrator
0 #13 kambarage 2021-02-21 08:35
Quoting Zaitun:

What an amazing road.?! Congrats Uganda!!!

You are a happy man to have eliminated a down to earth caring country mate and a professor whose only dream was to leave behind a better Uganda unlike you and your folks whose only objetive is to bring the country to the Old Stone Age.

Eliminated? By who? This is a guy who was funded by government in a government institution, given contracts to construct roads, living in the plush Kololo suburbs...government has no reason to eliminate him...he posed no threat to government.

There are more active enemies for government that have not been eliminated. The man died a natural cause that the postmortem will reveal.

Most likely hangover from that too much booze at the club. An old man living alone with houseboys (who may be drunk on daily basis themselves) is risky.
Quote | Report to administrator
12
Refresh comments list
RSS feed for comments to this post
Add comment