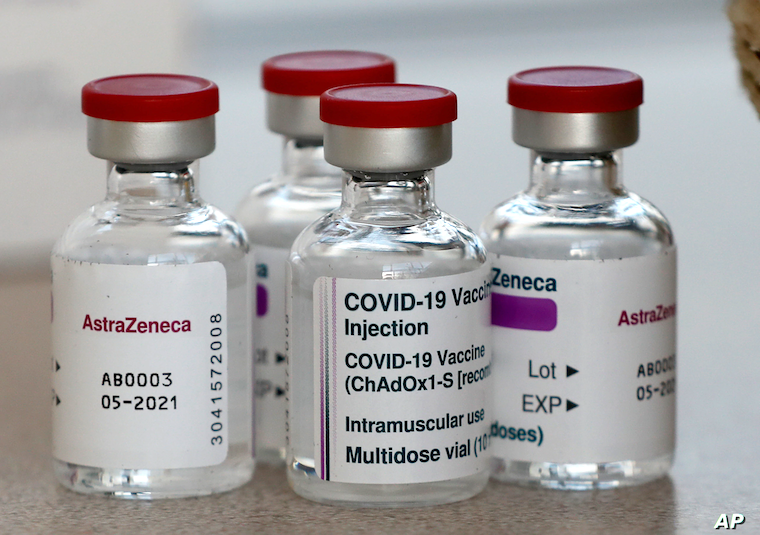 Malawi's President Lazarus Chakwera says the country will go ahead with acquiring the AstraZeneca COVID-19 vaccine, despite concerns about its efficacy.

Chakwera on Sunday evening announced Malawi has acquired 1.5 million doses and that additional ones were on the way to vaccinate a total of about four and a half million people. Chakwera said Malawi, one of Africa's poorest countries, settled for the AstraZeneca vaccine because it is cheaper.

In a televised address on the fight against COVID-19, President Chakwera said the vaccine type coming to Malawi has an average of 60 to 70 per cent efficacy. He said although the efficacy is lower that than other vaccine types, the AstraZeneca vaccine has one great advantage over the other vaccines: its cost.

However, South Africa has decided to put a hold on the AstraZeneca vaccine jabs after studies showed that it gives minimal protection against the COVID-19 variant that is currently circulating in the country.

Prior to widespread circulation of the more contagious variant, the vaccine was showing efficacy of around 75%, but health officials say in a later analysis of its strength against the new variant, shows a 22% efficacy rate.

President Chakwera announced last week that Malawian scientists had confirmed that the country now has a more contagious new strain of the virus from South Africa known as 501Y.V2. In his address Sunday, Chakwera said the country’s rate of infection is too high.

“Because we have both virus raging in our country, there is still an advantage to be protected from the first virus probably the one which was put at 75 per cent efficacy. And if that’s correct, then it makes sense because as long as it [the vaccine] is a gift,” she said.

Ngoma said the government would consider buying vaccines with more efficacy rate once they have got money to do so. Social commentator Humphrey Mvula disagrees.

“Life is not cheap. We will not compromise on the price of the vaccine which does not address the concerns that we have on COVID-19. We should be able to base on experience of South Africa. We should now engage our scientists; medical experts do an analysis on the strain that is prevalent in Malawi and then advise the government accordingly,”  he said.

The chairperson for the Presidential Task Force on COVID-19, Dr. John Phuka said Monday that the task force would soon make its decision on whether to proceed with AstraZeneca vaccine rollout — based on findings about its efficacy on the new strain of the virus.

In Europe, only the -56 get AstraZeneca while the huge number of population +65 get the other vaccines!

Ugandans should know that up to now, Europe is battling to vaccinate the +65 & doesn't know when the younger will be vaccinated!

Is there any reason African countries should be so badly ruled by old selfish goons, while the young have no future under them?
Quote | Report to administrator
Refresh comments list
RSS feed for comments to this post
Add comment