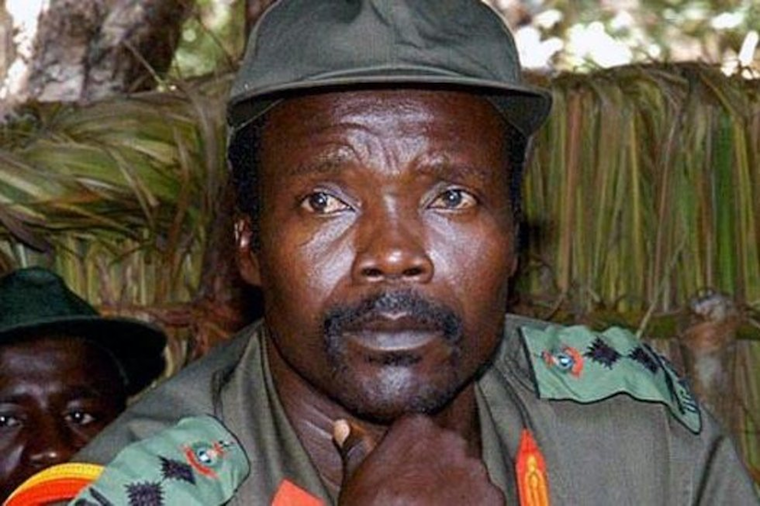 The United States government has maintained a reward of up to $5 million (about Shs 18.2 billion) for information that leads to the arrest, transfer, or conviction of Joseph Kony, the leader of the Lord’s Resistance Army (LRA).

The reward was first announced by the Obama administration in 2013, under a provision in the War Crimes Rewards Programme authored by then US secretary of state John Kerry. The provision expanded the scope of the program that had previously allowed for rewards to be offered for war crimes suspects wanted only by international criminal tribunals for Rwanda and the former Yugoslavia.

At the time, the reward was for information about Kony, his assistants Okot Odhiambo and Dominic Ongwen, who had all been indicted by the International Criminal Court (ICC). While Okot Odhiambo is reported to have died, Ongwen was later arrested and on Thursday last week he was convicted of 61 out of the 70 charges for which he faced trial in The Hague-based court.

According to the judgment, Ongwen was found guilty of personally leading raids in which, the Sinia brigade which he commanded, looted property and animals, set fire on homes, burnt people alive, killed babies, and exploited girls as sex slaves.

“He gave instructions to loot food, abduct people, burn down the camp and the barracks,” the presiding judge Schmitt said.

“An old woman who could not carry her load was strangled and had her throat cut,” he added. “His men shot, beat and abducted civilians in the head and the face to make sure they were dead.”

The US department of state said in a statement that the conviction is a significant step for justice and accountability for atrocities committed against the civilian population in northern Uganda. The US facilitated the voluntary surrender and transfer of Ongwen to the ICC in 2015.

“While we continue to believe the ICC is in need of significant reform, we are pleased to see Ongwen brought to justice.  There was extensive outreach to victims’ groups in northern Uganda during Ongwen’s trial, including the broadcasting of the trial to affected communities," Ned Price, the department of state spokesperson said.

Price said after the conviction that a bounty on Kony’s head is upheld, so that he equally faces trial for ordering widespread atrocities committed in northern Uganda for almost two decades. Kony is accused of ordering mass killings recruiting boys to fight and keeping girls as sex slaves.

The LRA is estimated to have kidnapped at least 25,000 children in Uganda alone, while the fighting between the rebels and government troops displaced almost two million people from their homes in the country from 1987 to 2006.

Anyone with information about Kony or his whereabouts can email wcrp@state.gov or send a WhatsApp text message to +1-202-975-5468.

+1 #1 WADADA rogers 2021-02-08 11:35
I have had stories regarding this renegade called Joseph Kony but i have also made my conclusions regarding his existence.

How can a man who has never obtained any military training or even education in war fare put up such resistance against an international body and three Governments for all these years.

What is the secret, was Kony a tool of tyranny, was he a conduit through which some people were siphoning money from Government coffers or a justification for marginalizing a group of people in that particular region.

Was Kony fictitious through whom a certain army brutalized the innocent people of northern Uganda. Kony is not a pin to hide for all these years to the extent that even the press has just two photos of the guy that they keep recycling.
Quote | Report to administrator
+1 #2 Lakwena 2021-02-08 12:10
In other words, it is business as usual.

But unfortunately the US and Co., continue to leave scot-free Gen Tibuhaburwa and henchmen/hatchet-men who pinned their atrocities in Northern Uganda on hapless Joseph Kony and the Dominic Kyeswa of this country.

In other words, blame, hunt-down and hung the victims.

E.g. between 1986 to 2005, where were the Americans and Co. when the NRA/UPDF urinated and pooped into our mothers' cooking, drinking water and marwa pots; massacred at Kona Kilak and buried alive in Bur Coro our innocent people.

And in order to extend and/or prolong the war exploit, occasionally shot at unsuspecting motorist and especially Boda riders on their backs and blamed it on the LRA,
Quote | Report to administrator
+2 #3 PrinceM 2021-02-08 17:12
These people are just playing games with us. Kony can easily be taken out using a drone but it looks like a living Kony is much more profitable than a dead one
Quote | Report to administrator
+3 #4 Rwatooro 2021-02-08 17:35
IF THE UNITED STATES WANTS TO KNOW THE TRUTH ABOUT THAT WAR, LET IT PUT 5M CASH FOR THE TOP COMMANDERS WHO WERE IN THAT WAR, TO COME OUT AND TALK ABOUT THE TRUTH, WHAT REALLY HAPPENED AND WHY THE WAR EXISTED.


THE INTERNATIONAL COMMUNITY WILL KNOW THE TRUTH IF IT WAS JUST CREATED BY M7 TO KILL THE NORTHERNERS, OR IF INDEED KONY EVER EXISTED.

M7 CAN PUT ON ANY SITUATION TO FULFILL HIS INTERESTS; THIS CAN BE CONFIRMED ON WHAT IS CURRENTLY GOING ON IN UGANDA SINCE THE ELECTIONS STARTED.

ADDITIONALY, THE PAST KILLINGS OF THE INNOCENT PEOPLE THAT ARE ORDERD BY HIMSELF. USA IS ONE SIDED, THAT’S WHY IT WILL NEVER CAPTURE KONY!
Quote | Report to administrator
+2 #5 Kalibbala 2021-02-08 19:22
#Rwatooro Spot On..!! THERE HAS NEVER BEEN ANYBODY CALLED KONY!

Remember recently He reminded them that He is a Kisiraani, Curse and Enemy of Humanity and had Promised them to be treated like Grasshoppers in a Bottle!If at All this Phantom Existed in CAR Where is He?

Rwanda, France and Russia have Boots on the Ground!!..Ugandans have been Hoodwinked for 40 years about Crimes committed by Tibuhaburwa himself only to be Blamed on Somebody Else!

Dear USA just insist on a Forensic Investigation of All this Hogwash by Coming to the Ground and taking Samples of indices causing Nodding Disease for a Start..
Quote | Report to administrator
0 #6 P. Goldberg 2021-02-08 23:27
There we go again. They are leaving the real human right violator instead going after someone fighting for his right. Good luck in capturing Gen Kony.

Go after M7 who is killing people in day light and you turn your head the other way claiming you fight for democracy.

Really, your own is barely hanging by a thread. Stop the arrogance of dictating to those who do not kneel before you. The world knows why you can't say anything to M7.

He is doing your dirty job around the great lake region. Time will come and Uganda will be looking East. Enough is Enough. M7 will not live for ever and the young people will not forget how you forgot their fight.
Quote | Report to administrator
Refresh comments list
RSS feed for comments to this post
Add comment