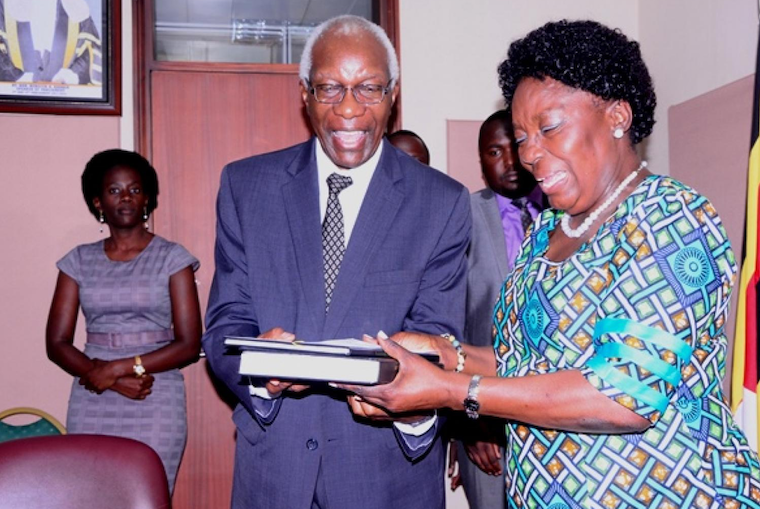 The Office of the Auditor General (OAG) is one month behind schedule of submitting the much-awaited 2019/2020 financial year audit report to parliament. The report for the financial year which ended June 30, 2020, was expected in by December 31, 2020.

Under the National Audit Act, 2008, the OAG is required to audit all public accounts of Uganda and submit to parliament an annual report of the accounts audited. The public offices include all courts, central government ministries, departments and agencies, local government administrations, public universities, Uganda missions abroad and corporations or other bodies established by an Act of parliament.

The audit report provides an independent assessment of the use of public resources by revealing high-risk detailed findings or appropriate use of funds.

Gloria Namugera, the head of communications at OAG says that the Covid-19 pandemic affected the entity’s activities and they could not finalize the audit process in time. She, however, says that they would be able to submit the report "within a few days."

This is the first time that OAG is failing to deliver on his mandate as per the set timeline. Namugera said that some of the directors in the OAG had earlier been admitted in hospital with coronavirus disease - something that affected the auditing process since the entity could not hold executive meetings and review accounts of different ministries, departments and agencies which were equally hit by the pandemic.

Uganda registered its first coronavirus case in March 2020 prompting President Yoweri Museveni to place the country under lockdown as one of the measures to curb forestall the spread of the virus. During the lockdown, restrictions including the closure of education institutions, suspension of mass gathering and others were put in place. Several government institutions also downsized on their workforce and reduced their activities.

Helen Nanteza Kawesa, parliament's deputy director of communications and public relations confirmed that OAG wrote to the speaker of parliament Rebecca Kadaga informing her of their inability to submit the report on time due to the challenges of Covid-19 which affected the flow of work.

He noted that those who are delaying the audit process could be having 'something to hide.'

Judith Akello Franca, the chairperson of the parliamentary local government accounts committee said that the AG cannot be blamed for delayed submission of the audit report because every government entity including parliament was affected by the COVID-19 pandemic.

She, however, said that emphasis in the awaited report should be placed on the funds that different government ministries returned to the treasury for failure to execute activities during the pandemic and where the money was directed to.

"You also wonder what finance has been able to do in telling these local governments to take back the money as required. You wonder where the money given to them went. Remember even the monies that were asked by the MPs, up to now we don’t know where or have no idea where the money has gone. So the corona thing has caused a delay in the reporting, it has caused a delay in so many things but the financial implications is now what we’re all-seeing. We’re not seeing the money coming back and yet the money did not do work. It should be a concern of all Ugandans that the government of Uganda must give accountability for every coin. We want see what kind of work was done when there’s no work," said Akello.

Her vice chairperson, Gilbert Olanya, said that the delay has probably given accounting officers time to look for ways of accounting for provided funds. He, however, hastened to add that any false accountabilities would be detected whenever the report is filed.

"According to our program, we have designed to start by monitoring the municipalities. You know there is some money which was sent to the municipalities for the making of the roads and other things. We’d planned to start by following that money; the accountability from the town clerk and the municipal authorities. Our task was really disorganized but nevertheless, we’re resuming back next week by Tuesday as a committee we’re going to sit just to see the way forward. And also to some extent, I think this one has given leeway to the chief administrative officer and various districts to misuse the finance but nevertheless when the situation normalizes, we shall make sure we follow all the monies which were sent to all the districts even though some of them might be happy that coronavirus has helped them. I would like to say it has not helped them at all if they have misused the money," he said.

Parliament approved a budget of Shs 40.48 trillion for the financial year 2019/2020 which has now gone up due to several supplementary budgets approved by parliament to facilitate the Covid-19 response by the ministries of Health, Trade, Education and other government entities.

+2 #1 Lysol 2021-02-07 19:28
As far as we blame everything on COVID-19, the fish always rots from the head down.
Quote | Report to administrator
Refresh comments list
RSS feed for comments to this post
Add comment