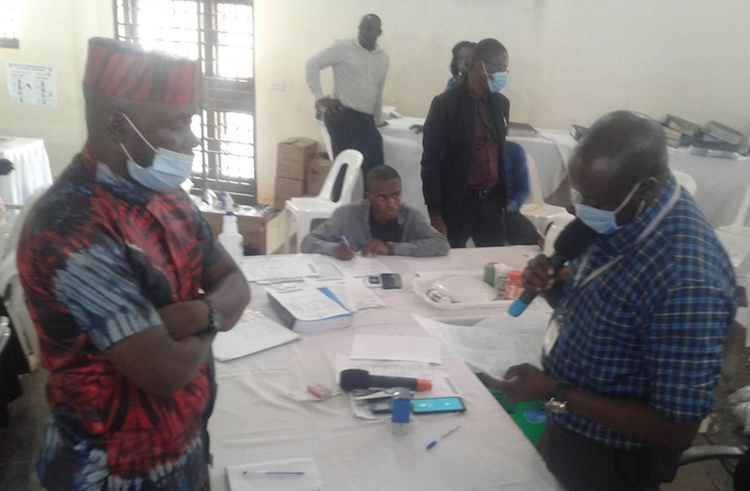 Other contestants in the race were Mickdad Lutaaya an independent who got 176 votes, Gonzaga Matovu 39 votes, Abel Rashid Mukwaya also who was an independent got 27 votes and Ibrahim Kiggundu scored only 19 votes.

Walukagga says that he is going to fight the increasing land grabbing in Kyengera and also ensure to keep Kyengera town council clean. Before the election, on Wednesday, 45 polling agents of Walukagga were arrested at his home Win Maya Sub County Wakiso District.

The Kampala Metropolitan police spokesperson Luke Owoyesigyire said the arrests followed information that the group of people had gathered at the musician's home in big numbers in contravention of the coronavirus standard operating procedures.

+2 #1 Omuzira Ente 2021-02-05 12:58
Police brutality under the cover of COVID 19 SOPs has done more harm than good. secondly The lack of political think tank within NRM has costed the party dearly due to poor planning in the last concluded 2021 elections.

Like UPC in the 60's and 80's , NRM turned to security operatives to intimidated voters a trick that worked in Western, Northern and some parts of Eastern Region.

A party in power has a lot of work to do at the grassroots level to convince voters. The 30 people at each village worked in 2016 but failure to facilitate them frustrated all their efforts. NRM is no-longer felt in peoples pockets thus not worth supporting.

Like Chama-Chama-piduzi in TZ; parties need community structures at Parish, Sub-county and District level to lead projects that help improve the economic livelihoods of supporters. NRM needs to reconsider supporting constituency development FUND to be managed by leaders in each constituency regardless of political affiliations for survival .
Quote | Report to administrator
+2 #2 Lakot Morine 2021-02-07 02:11
Fine,
We also pray that Yoweri T. Museveni can be brought to book for killing innocent people in Uganda.

The killing of young people is unacceptable. It's like the killings that took place in Rwenzori (Kasese town). We should not let Museveni off with the killing of people who have committed no crime.
Quote | Report to administrator
0 #3 WADADA rogers 2021-02-08 15:34
This wave will leave NRM gasping for air
Quote | Report to administrator
Refresh comments list
RSS feed for comments to this post
Add comment