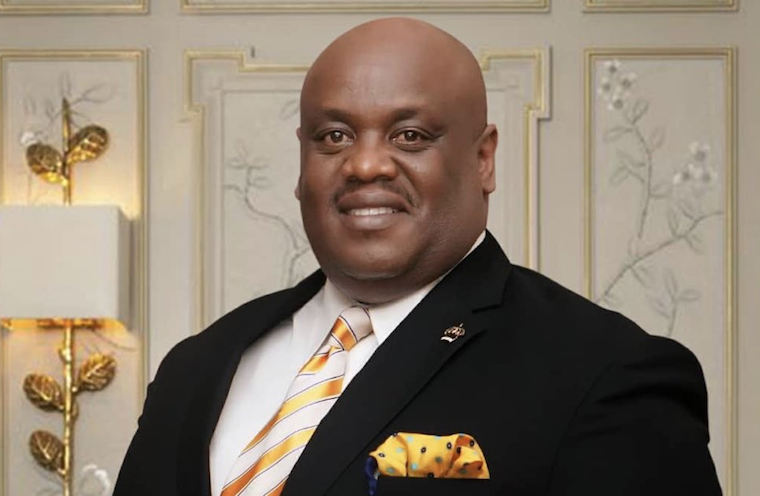 Court presided over by the Grade One magistrate Gladys Kamasanyu issued the warrant in respect to charges of obtaining money by false pretence and conspiracy to commit a felony, preferred against Mondo, and others still at large.

The matter came up when a group of pastors under their umbrella body, Hands Across the World petitioned Lt Col Edith Nakalema, the head of the State House Anti Corruption Unit indicating that Mondo had used their group to con a number of people, with promises that he would construct churches for the pastors, construct houses and offer scholarships for needy children.

Mondo allegedly obtained more than Shs 1 billion from parents in the areas of Bombo-Luwero, Tororo, Iganga, Kaliro and Kampala districts between 2014 and 2020.

On another file, Mondo is charged with three others of defrauding Siraje Ssemanda, Margaret Kayima also known as Nabbi Omukazi and Jimmy Arinaitwe, the director of Hands Across the World Initiative Uganda Limited, a sum of Shs 4.5 billion still, through false pretence.

Today, his lawyer Erias Asiimwe who was holding brief for lawyer Robert Rutaro told the court that Mondo fled the country amidst security threats and sickness. He said that by the time of his departure, Mondo's life was in danger because he was being trailed by armed persons. Asiimwe asked court to halt the trial until Mondo's condition stabilizes.

However, the prosecution noted that there is no proof that Mondo is out of the country and or that he has a medical condition which cannot be handled by Ugandan hospitals. Accordingly, prosecution prayed that a warrant of arrest be issued against Mondo such that he can be compelled to come to court and, after his appearance, the court can determine if he needs treatment abroad.

In her ruling, the magistrate said that the letter which was allegedly written by Mondo on January 26, 2021, seemed backdated. The letter was detailing reasons why Mondo opted to flee the country.

According to her, on January 28, court was told that Mondo wasn't able to appear because he had been taken to South Africa to treat post-COVID-19 effects. The same lawyer committed that his client would be in the court today.

Kamasanyu added that since criminal summons were extended to January 28 in agreement that Rutaro brings Mondo to the court today, in vain, it was appropriate for her to issue a warrant of arrest to compel him to come to court.

Meanwhile, the prosecution has amended the charges against the entire group with exception of Mondo, with 17 new charges of obtaining money by false pretence. Kayima, the other accused person was granted bail on one file but she cannot leave jail since she has not yet been given bail on two other pending files.

The group will now return to court on February 11 for their bail application ruling on the other pending files.

Those involved have done a lot of dirty deals using State House as a base to back them. It is unfortunate that Mondo was unlucky and he got pinpointed because he did not pay his bosses. (greediness).

There’s human organ trade headed by the State House confidant son. This started way back during Kayihura’s time as IGP.

Women were killed and many people died in hospitals. Some were taken abroad being promised jobs that would change their way of living, instead, these people were shipped to India for organ extraction and the culprits were paid.

M7 knows all these deals but he keeps quiet. We live in a Mafia State headed by Rutahaburwa Yoweri M7.
Quote | Report to administrator
+2 #2 kabayekka 2021-02-04 23:46
Most probably these are the so called very important people Tamale Mirundi brands as settled in the Mafia leadership jacket of Uganda.

Otherwise exactly what is wrong with a pastor preaching the good word of the Christian God everyday of his life?
Quote | Report to administrator
0 #3 Kalibbala 2021-02-05 02:01
This FAT goon is a bait sent in the Diaspora mainly Kenya and South Africa to Spy on Ugandans!!

He is a Trained State Operative Camouflaging as a Pastor! Fat Dude make Sure we do not Cross lines Because You might Carry your Intestines in a Kaveera back to Kampala!!Emitima Gyakaluba..Tewali Kuzikiza.
Quote | Report to administrator
0 #4 kambarage 2021-02-06 19:27
Quoting Kalibbala:

This FAT goon is a bait sent in the Diaspora mainly Kenya and South Africa to Spy on Ugandans!!

He is a Trained State Operative Camouflaging as a Pastor! Fat Dude make Sure we do not Cross lines Because You might Carry your Intestines in a Kaveera back to Kampala!!Emitima Gyakaluba..Tewali Kuzikiza.