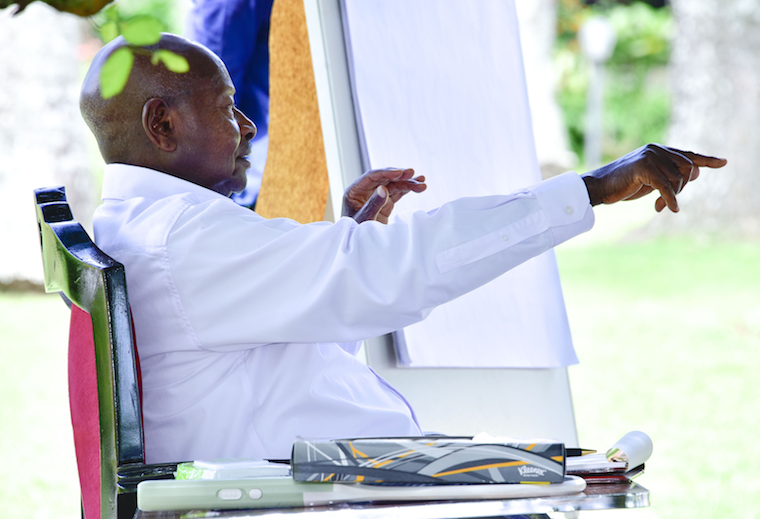 President Yoweri Museveni has returned the Landlord and Tenant Bill, 2018 for reconsideration after one and a half years since it was passed by parliament.

The bill that seeks to among other things; regulates the relationship between landlords and tenants. It was passed by parliament in June 2019 with several amendments which relate to duties and rights of landlords and tenants in rented commercial and residential premises.

Among the key provisions in the bill is that landlords and tenants must sign tenancy agreements for rental transactions of over Shs 500,000 with clear terms and conditions. Also, tenancy disputes shall be handled in Local Council (LC) courts and other courts of law. It also states the landlords can only evict tenants after securing court orders to do so.

Unlawful evictions according to the bill, attract a penalty of Shs 5 million or a jail term of one year or both upon conviction. The MPs then also approved the provision that landlords must give tenants an eviction notice of six months. The most controversial provision was that all rent shall be settled and recorded in shillings, contrary to the initial proposal that parties can agree to transact in any other currency in the agreement.

Now in his letter read out to parliament by speaker Rebecca Kadaga, Museveni says that he received the bill for his assent but he has since identified issues that parliament need to consider.

“Part of the bill provides for the interpretation of the meaning of business premises and residential premises. Because of changes in the working environment as a result of Covid-19, the interpretations therein should factor in the emerging trend of home offices and home tourism as more business professionals and e-commerce enterprises switched home on account of Covid-19,” says the president.

Museveni says that the definition of residential premises should be expanded by parliament to accommodate an excuse for houses for residential and office premises that do not require physical interface with customs.

“Secondly, Clause 15 (1) of the bill provides that tenants should not use rented premises or amend their use in a manner that causes a nuisance between the occupier and neighbouring premises. This clause presumes that physical planning for the Local Government will adhere to the separation of residential and commercial premises and do the same in the issuing of trading licenses to avoid a situation whereby one licensed commercial activity such as a bar ends up becoming a nuisance to another activity such as a residential house that is equally licensed by the same Local Government,” further reads the Museveni’s letter.

The president adds that not enforcing noise pollution bylaws and standards is currently a major nuisance and a public health concern for the majority of the urban dwellers and that these are the reasons he is returning the bill for reconsideration.

Kadaga directed that the minister responsible arranges to table the bill again so that the issues raised by the president are handled by parliament. The bill was first mooted in 2012 and subjected to consultations involving landlords, tenants and property developers.

Who has time for Uganda's inefficient and corrupt bureaucracies? That, we shall not do.
Report to administrator