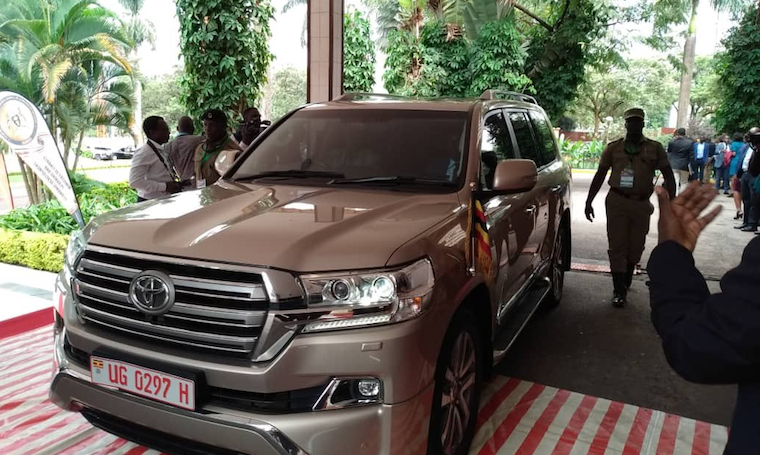 The parliamentary commission is seeking over Shs 5.4bn for the procurement of a fleet of vehicles for the speaker, deputy speaker, directors and assistant directors.

According to the ‘well guarded’ report of the committee on legal and parliamentary affairs on the medium term macroeconomic plan and indicative budget framework of the sector for the financial year 2021/22-2025/26, parliament will need to procure 13 vehicles for the top leadership.

“The committee observed that parliament will need to procure 13 vehicles including those for the speaker and deputy speaker, their lead and backup police cars and the entitled directors and assistant directors,” the report to the parliamentary committee on budget reads in part

“The committee recommends that Shs 5.423bn be provided for procurement of vehicles for the political leadership and entitled officers during the FY2021/22 budget,” the report further reads.

The Shs 5.423bn is in addition to the Shs 165bn the parliamentary commission is also seeking for procurement of vehicles for the 555 MPs in the 11th oarliament.

While the speaker and deputy speaker are entitled to Shs 321m each for personal cars, they are again entitled to a fleet of cars including escorts’ cars.

And since the duo is entitled to the speaker car privileges for solid five years, it means they will never have time for the personal cars each gets as an MP.

The Shs 642m for personal cars budgeted for speaker and deputy speaker essentially turns into ‘pocket money’ or ‘thank you to them’ for making it to parliament.

The committee also demands that the parliamentary commission provide committee funds based on work plans of committees as provided for by Section 13 (14) of the Public Finance Management Act, 2015.

“Parliament heavily relies on its recurrent budget to fulfil its oversight role," reads part of the committee report.

This is in spite of the increase in the number of MPs in the 11th parliament. The additional requirement of Shs 22.8 billion is required for committees to undertake their respective oversight roles during financial year 2021/2022.”

Support to departments of parliament

Further recommended by the committee is an additional Shs 34.973 billion to enhance the capacity of different departments of parliament to efficiently and effectively fulfill their respective mandates.

According to the report, departments of parliament receive the least budgets despite their mandate of providing technical support to committees and parliament as a whole.

The MPs say that these departments require additional funds for capacity building to serve the increasing number of members of parliament, funds to undertake studies to enable parliament make informed decisions and benchmark to obtain best practices.

Legislators on the legal and parliamentary affairs committee recommend that government provide an additional Shs 21.324 billion for additional wages in the financial year 2021/2022 budget estimates to cater for the additional MPs in the 11th parliament.

“The committee observed that the 11th parliament will have 555 members of parliament from the current 457. This creates a wage shortfall of Shs 21.324 billion in the financial year 2021/2022 budget,” states the report.

Shortfalls in the recurrent non-wage budget

The committee also reports that MPs are entitled to a car of Shs 200 million and that no provision has been made for the amount of Shs 165 billion in FY 2021/2022. In the report, the committee notes that government intends to raise these resources from tax revenue measures.

+4 #1 kabayekka 2021-01-28 18:03
Well then open up the world wide web social medium so that communities can be in normal and better positions of communication to bring in the revenue this big spender government badly needs.

Surely financial sanctions and big military hardware does not auger well with financial inter dependence.
Quote | Report to administrator
+5 #2 kabinda 2021-01-29 01:54
The looting begins. Tax payers be ware.
Quote | Report to administrator
0 #3 Kirys 2021-01-31 09:54
My beautiful country is rotten with many
evil politicians who are self centered.

The rubber stampers who sucker up to the refuge
are on a self destructive road with no
return. Shame on the followers of the killer.
Quote | Report to administrator
Refresh comments list
RSS feed for comments to this post
Add comment