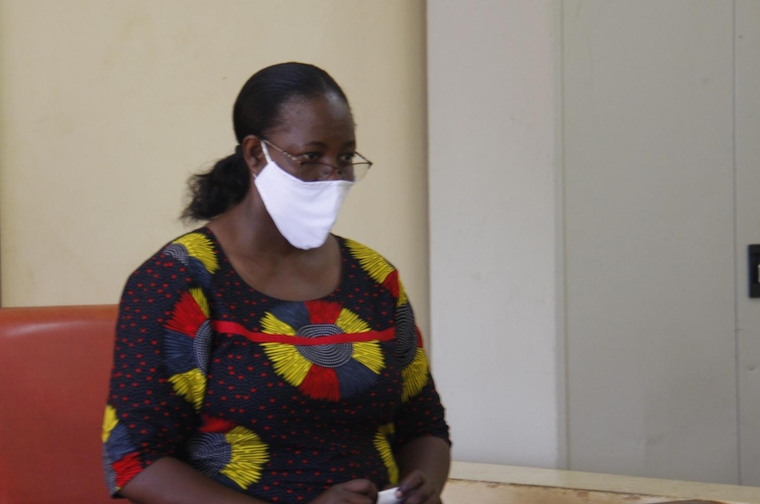 Mbagaya reportedly sanctioned the removal of Museveni's campaign posters which were pinned at the UCAA head offices at Entebbe airport, in contravention of Section 78 of the Presidential Elections Act.

The posters had been pinned on the gate, the walls and other environs around the building, raising complaints that UCAA being a public office should not be seen to be advancing interests of any presidential candidate.

In the aftermath, Mbagaya was arrested by Special Forces Command (SFC) officers when she appeared at the Aviation police station at Entebbe airport to record a statement on the matter. According to the law, a person who defaces campaign posters of any candidate is liable to a fine not exceeding Shs 480,000 or imprisonment for one year or both, upon conviction.

However, on Wednesday, the state attorney Jean Nareeba told the court presided over by magistrate Juliet Nakitende that the Directorate of Public Prosecutions (DPP), Jane Frances Abodo, has discontinued proceedings against Mbagaya. The court also heard that the National Resistance Movement (NRM) party had written a letter on January 19 indicating that it was not interested in pursuing the matter.

The NRM had earlier on held a discussion with Musimenta, and, according to sources, the party was convinced that Musimenta’s actions were "well-intentioned” and that “she did not intend to deface or maliciously remove the posters.

Meanwhile, last month UCAA advertised the position of director human resource and administration. Musimenta, however, says she is not affected because she is the substantive human resource manager training and development.

2- Ms Mbagaya did not deface museeveni's posters but her character nad intergrity have been defaced by the govt and the NRA/NRM.

3- Ms Mbagaya did not cause threat to the life of museveni and was never near museveni - HOW and HOW did the presidents 'securicor ' security (SFC) become iinvolved.

Does the Constitution/ Laws give (SFC ) unlimited power to arrest ,brutalise ,assault and drag anybody anywhere they wish if they feel he has angered their President ??????????????
4- This is a failed nation.
Quote | Report to administrator
+5 #2 Sula 2021-01-28 10:43
5- For government to simply say they have lost interest in the case after psychologically assaulting Ms Mbagaya.

6- Ms Mbagaya does not even need an apology she deserves compensation to pay for medical expenses , especially pchchological treatment for the immediate family.

8- Surely museveni is not the first president and not even the greatest president. Someone threw a shoe at President Bush of USA, , the Arab man was never summarily executed regardless of attacking an American President.
-Mbagaya deserves a medal for her courage and far sightedness
Quote | Report to administrator
+1 #3 HENRY 2021-01-28 10:58
if she was a muganda,i think this wouldn't be the case,am happy for her let are sue the government for the damage and shame for want she went through when she had no ill intention
Quote | Report to administrator
-1 #4 Kasede 2021-01-28 23:53
Quoting HENRY:

If she was a Muganda, Ii think this wouldn't be the case, am happy to let for her sue the government for the damage and shame for what she went through when she had no ill intention

[Grammatical corrections are mine]

Are you saying that if she was a Ganda, she would see a chance in this stupid saga to "mind her gold" ?

If so, I consider you to be very deeply buried in a tribalism & the associated tribal profiling
Quote | Report to administrator
Refresh comments list
RSS feed for comments to this post
Add comment