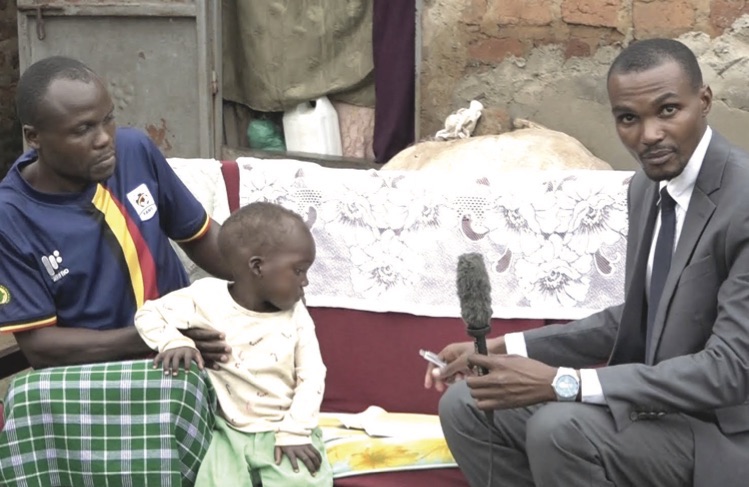 In towns and cities, people are disappearing, especially known supporters of the opposition National Unity Platform led by Robert Kyagulanyi Ssentamu, the fiercest challenger to President Museveni in the 2021 poll and runner-up in the January 14 general election.

Grim accounts are emerging from relatives and friends about the unexplained disappearances and many narratives point an accusing finger at security services. Many youths have been picked from their homes in the dead of the night by gun-wielding men; others have been grabbed off the streets in broad daylight while others have simply run and gone into hiding.

Gerald Katumba, a journalist, has also gone into hiding. Threatened severally and shaken to the core, Katumba walked away from his job at BBS Terefayina just before the January 14 general election and went into hiding. A week ago he called The Observer offices and offered to share his story. In this testimony below, Katumba brings to light details of his torment.

It’s now three weeks since I went into hiding after getting kidnap threats. I was accused by my tormentors of inciting violence and speaking against the government in the run-up to the January 14 2021 general elections. My tormentors were offended by the content of my show “Omunaala”, which airs on BBS Terefayina every Friday and other programmes I moderate.

I received a call on January 1 in the middle of the show. The caller warned me. I was explaining the electoral laws of Uganda as we prepared for the general elections. Two days later some unidentified people came to my home at around midnight.

They stood around my fence for almost two and half hours. They later left. They returned on Friday, January 8, almost at the same time. I wasn’t at home but my family said the men surrounded my fence for two hours and then left.

Other people were seen at Masengere Building in Bulange (which houses BBS Terefayina) asking for me. They gave no reason for looking for me. That raised alarm bells. I was really shaken because I had read so many reports of people being kidnapped and taken to undisclosed destinations. I decided to hide during day.

On January 11, I fled my hiding place in one of the hotels at Busega after unknown people invaded it. Eventually, I decided to leave Kampala for Mutukula border (Tanzania) for my safety. Before that, I was interviewed on January 6 by German journalists who had read my social media posts about my ordeal. I recorded a video clip for them. (The journalists later posted the clip on their social media platforms, which went viral on January 12).

In the aftermath, my BBS shows were put on hold. I was barred from going on air and sent on leave for 63 days despite the fact that I had informed my employers about my ordeal. This is not the first run-in with security people. One time, former Internal Security Organisation (ISO) boss Col Kaka Bagyenda ordered for my arrest when I aired stories about the late Maj Gen Fred Gisa Rwigyema’s impoverished son, who was living in a Kampala slum.

The ISO operative Jack Nsangiranabo who was supposed to arrest me was apprehended before executing his mission. He was taken to Kalangala and kept in a “safe house.”

His family contacted me to do a story about Nsangiranabo’s disappearance. When he was released later, he revealed ISO’s contrived plot against me. I was also confronted by Jane Kalumba (Nalongo) who threatened me during my investigation into claims of her use of armed escorts to intimidate local people in Kiriri Gomba.

She was also accused of conniving with land grabbers in Wakaliga. I have decided to speak out now because anything can happen to me. I live in fear. I have spent weeks without seeing my family. I have never seen my children since. I cannot move freely as a Ugandan yet I have not committed any crime.

My tormentors are simply offended by my investigative and outspoken brand of journalism. The issues I analysis on TV lean on global current affairs in which Uganda is inclusive. I tackle issues as they unfold. It is unfair to be stopped from talking about what is happening in the country.

At one moment I was stopped right in the middle of the show “Omunaala.” I was commenting about the November 18 2020 protests triggered by the arrest of presidential candidate Robert Kyagulanyi Ssentamu in the eastern district of Luuka. My supervisors told me the state didn’t want journalists talking about the protests.

Intimidation and threats have made my work difficult. I have been warned verbally to steer clear of local issues which cast government in bad light. I have been a media practitioner since 2005. I started as a news anchor at Sun FM, Mityana. Later I joined Radio Sapientia where I worked for eight years as a news anchor, presenter and news editor.

I have also worked for Salt Media. In 2018, I joined BBS Terefayina as a presenter. In my entire career, I have never been compromised. I have been steadfast. I call upon media proprietors in Uganda to always protect their journalists.

As a professional journalist, I will continue to serve my country objectively. I came to Mutukula on January 13. I left my family in Uganda. I won’t live in Tanzania forever. Life has to continue. Like I said if any crime was committed, I am ready to face the law.

I feel bad for him and his family. May God protect from this evil government
Report to administrator
0 #2 KIBALAMA MAD 2021-01-28 08:54
To bad indeed!? I wonder whether this is still a government for the people or one for individuals! One day our belief is that"storm will be over"

Katumba Gerald I stand with you!
Report to administrator
0 #3 Wanainchi_Protege 2021-01-29 04:54
Katumba needs support from CSOs to regain freedom!
Where is the Uganda HRC?

It is easier to steal billions than speak the truth in Kampala, at the moment.

Katumba doesn't create the stories, rather reports the rot in society. If any one is uncomfortable with the issues being investigated, change and offer the required services.

If we don't ask for help from the Lord, we will not manage on our own. This government is determined to do anything possible to stay in power, be it to kill all of us
Report to administrator