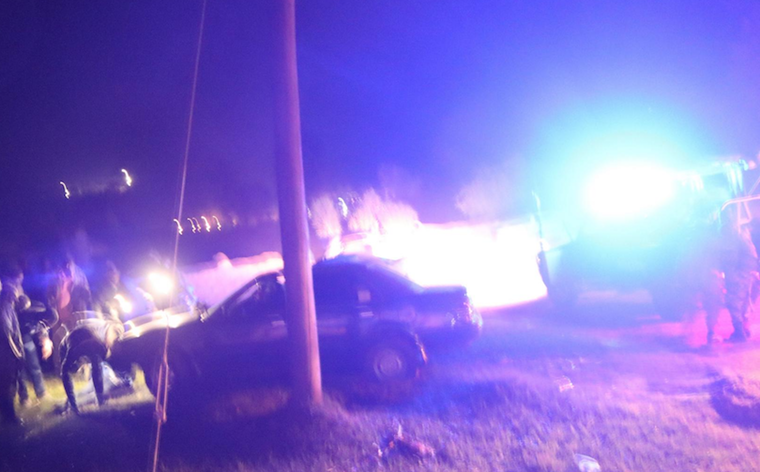 A female police officer shot dead her colleague and injured another at a tally centre in Rukiga district while shooting at a drunkard, police have said.

According to Elly Maate, the police spokesperson for Kigezi region, Ssali had been deployed at the quarter guard with others to restrict entrance in the tally centre at sub-county main hall when she opened fire and shot Ariho multiple times.

According to Maate, Ssali was chasing away a drunkard who was attempting to forcefully gain access to the tally centre. In the process, she allegedly cocked her gun in rapid and accidentally shot her colleagues.

Our reporter who was at the tally centre says that Ssali was chasing away Amon Naturinda alias Rutare, the LC II chairman for Kitojo parish in Rwamucucu sub-county who appeared chanting over the victory of Robert Mbabazi Kakwerere, National Resistance Movement (NRM) party flag bearer against the opposition Forum for Democratic Change (FDC) candidate Michael Kwarikunda Mbareeba.

Naturinda was forcing himself into the tally centre to taunt and dance in front of Kwarinkunda, arguing that it was time for revenge against Kwarikunda because he had also de-campaigned him that he is not educated to be voted LC II chairman.

A police officer who was present during the incident told our reporter that Ssali was also drunk at the time. The case is registered at Rukiga Police station under file number CRB 041/2021.

The incident comes nearly two weeks after Lance Corporal Denis Awillo got gunned down after he went rogue and shot dead two Local Defense Unit (LDU) soldiers, a police officer and a civilian in Nansana municipality in Wakiso district on January 11.

How can that officer shoot people who were not meant to be targeted? Was she Ok?
Quote | Report to administrator
+2 #2 WADADA rogers 2021-01-21 15:38
This lady must have been angered and hurt because Bobi wine lost yet he colleague was for M7
Quote | Report to administrator
-5 #3 Wainanchi 2021-01-21 20:50
@ Wadda Rogers-- Hahaha your criminal mind talking You mother's fu..k..rs are all terrorists,should be caught and hanged My wish for the New Year.

How can that officer shoot people who were not meant to be targeted? Was she Ok?

DRUNK WHILE ARMED & ON DUTY? WHAT TRAINING WOULD REMEDY SUCH A SITUATION ?

I ACCEPT THAT FOOLS CAN ALSO TALK HERE.
Quote | Report to administrator
0 #5 Eric L 2021-01-22 08:31
Is the curse of vote rigging,murder and stuff visiting the centre of corruption lately!!

Shootings,"Jeromys" and stuff are all announced in this area day in day out.
Quote | Report to administrator
Refresh comments list
RSS feed for comments to this post
Add comment