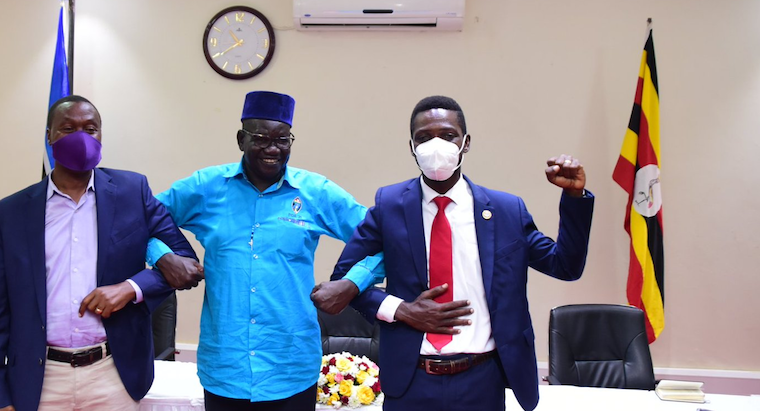 In a message to voters released by the Presidential Press Unit (PPU), Museveni called upon NRM supporters not to be intimidated and turn out in large numbers and vote.

Meanwhile, Museveni thanked all his supporters for the great support and friendship they have shown him in all the places he has been to during the campaign period. He said this friendship shows that they appreciate what NRM has done for them.

“Indeed, I wish to congratulate all the NRM members for successfully coming towards the closure of the campaigns without clashes or squabbles that would hurt others, apart from the few cases of NRM members who were assaulted in different parts of the country by the enemies of peace and development,” Museveni said.

He added that the NRM has introduced competitive politics in order for all Ugandans to be able to choose the leaders of their choice every after five years.

“I, therefore, call upon all of you to go out and vote for NRM on Thursday…starting at 7.00 am.”

However, Museveni said, they are receiving information that their supporters are being molested and threatened by unlawful activities on voting day, which is intended to keep them away from voting.

“I, therefore, call upon all our presidential vote protectors to be vigilant on voting day and to report all the cases of wrongdoing,” Museveni said.

Kyagulanyi implored voters to turn up in big numbers so as to overwhelm what he called President Museveni's vote-rigging schemes. He reminded the Electoral Commission chairperson, justice Simon Byabakama Mugenyi that a bad election is what led to Museveni going to the bush in 1981 and that "the lives of 45 million Ugandans are in your hands and shoulders."

Kyagulanyi said Ugandans will not accept any further alteration of election results and mismanagement of the elections like has been in the past. At least on three past occasions, Ugandans courts have admitted incidences of election malpractice but fell short of annulling Museveni's victory claiming the rigging was not enough to alter the final results.

Kyagulanyi also said the responsibility of guarding the vote now lies with the voters and asked them to ignore the army and police warnings telling them to leave polling stations and go home after casting their ballots.

"This going to be a revolutionary vote, Ugandans let this be a protest vote against Mr. Museveni," said Kyagulanyi. He said although they are calling for peaceful elections, Ugandans must be assertive enough and demand for a credible election. He called upon the army not to be used by Museveni to murder their fellow citizens.

Likewise, Amuriat urged Ugandans not to "just lie low as Museveni takes away your future". He said the time has finally come when Museveni must think about the nation more than he thinks about himself and handover power when he loses the elections.

"If this election is not run well, the whole process is going to be a recipe for a chaotic Uganda. Ugandans have been pushed to the wall and the only thing left is their ballot...Mr Museveni is just one against 40 million Ugandans, his selfish interests must not be above that of Ugandans," said Amuriat.

Amuriat further said the latest unity amongst the opposition is going to go as far as cooperating in guarding the vote, voice out the commonality of vote rigging.

Muntu, on the other hand, said that the higher the number of voters, the higher the possibility of change. Muntu also urged voters to stay behind and guard their vote saying the recent pronouncements by the EC are illegal.