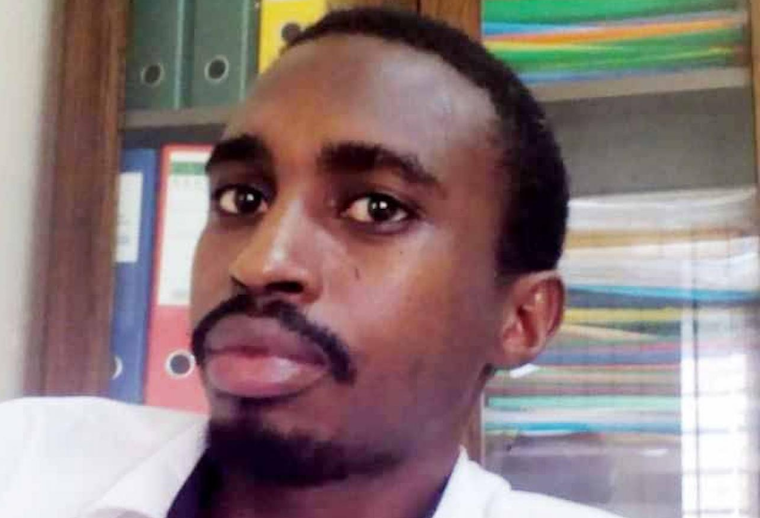 Police are still searching for Isaac Ainembabazi, a 33-year-old employee of the ministry of Information Communication Technology and National Guidance who's been missing for two months now.

According to his family, Ainembabazi, the assistant public relations officer at the ministry of ICT, and a resident of Kiwatule Central Zone in Nakawa Division of Kampala suburb went missing on November 23, 2020.

His girlfriend Sarah Andinda, who resides in Ntinda says ever since they registered the missing person case at Old Kira Road station under CRB 006/2020 they haven't received any useful information from the police apart from continuous demands for money.

“We have visited many places including hospitals, prisons and different police stations and mortuaries, but Isaac is nowhere to be seen, this is causing nothing but worry to us and the parents in the village," the distressed Andinda said.

A police officer at Kira Road police station who spoke on the condition of anonymity revealed that the search for Ainembabazi has now been taken over by the Flying Squad and so far 13 suspects have been apprehended from Kiwatule and neighbouring areas where the victim used to spend most of his time.

“Those suspects know something about Isaac’s disappearance but they haven’t helped the investigation team, but the team is still trying to track down Isaac’s phones, but we don’t have any new development so far in that case,"  said a police officer at Kira Road police station.

Daraus Bahikyile, a close friend to Ainembabazi, says he stopped communicating with him on November 23, and since then all his known phone numbers have been off. According to Bahikyile, they suspect that Ainembabazi was killed by wrong people who might have thought that he had a lot of money.

Bahikyile adds that Ainembabazi's bank accounts have never had any money withdrawals since November 23 last year, a worrying sign that he could be dead because he definitely needed money to survive through the nearly two months.

Kampala Metropolitan deputy police spokesperson Luke Owoyesigyire said that police are still searching for Ainembabazi’s whereabouts but their search hasn't yielded anything so far but promised the family to be strong.

“We want to urge the public or anyone with information regarding Ainembanzi to report to the police,'' said Owoyesigyire.

Some of the missing persons believed to be supporters of Bobi Wine, are usually kidnapped both during day and night by heavily armed security operatives driving in the dreaded numberless vans known as drones.

During Amin's era, there was even nowhere to report to because, whoever follows up such disappearance also disappears.

In other words, that was 50 years ago and still is of what our country is. It is depressing and heart-wrenching.

If we do not love our fellow countrymen, women and children, but brutalize, imprison for 5 years without trial, kidnap, make disappear, murder, etc., how can we think of ourselves as human being?
Quote | Report to administrator
+2 #2 Kabayekka 2021-01-12 09:25
That sort of misrule that was so common in Amin's time is bad enough.

It is a sort of double edged sword rule. You use drones to kidnap. The other side uses the normal cars to also kidnap and destroy.
Quote | Report to administrator
+2 #3 Kalemera 2021-01-12 19:42
I looked at Ainembabazi's Twitter profile and his support for Museveni is not something you can miss.

The vast majority of his posts are either made by Museveni's own accounts or accounts affiliated with NRM and other NRM supporters - something that is, technically, unlawful for a public/government employee.

Therefore, I don't think his going missing has anything to do with being a Bobi Wine supporter as the last paragraph claims.
Quote | Report to administrator
Refresh comments list
RSS feed for comments to this post
Add comment