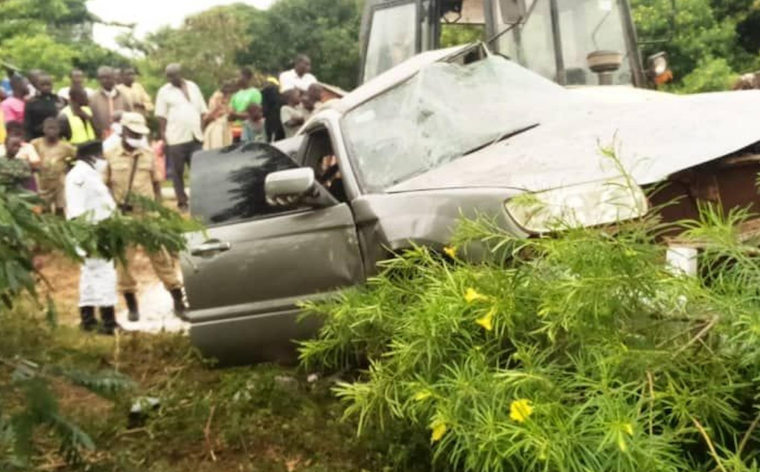 Five family members have perished in a road accident along the Iganga-Tirinyi-Mbale highway in eastern Uganda.

The victims who set off their journey from Bugembe ward in Jinja city were heading for the burial of a distant relative in Budaka district. The accident occurred at Jaruko trading centre in Namutumba district.

It is alleged that the Subaru driver was speeding when he eventually rammed into a wheel loader which was being used to implement road works along the Mbale-Tirinyi highway. Sumini Namukose, the deceased's relative says that she received the news about their death at 4:00 pm.

“A policeman called to inform me about their death and he claimed that they were speeding but declined to divulge details arguing that a formal report will be handed over to us before burial,” she says.

Busoga East police spokesperson, James Mubi confirms the incident adding that the bodies of the deceased have been taken to Iganga general hospital mortuary awaiting postmortem.

Mubi adds that police authorities are coordinating with other deceased persons' relatives to ensure that, autopsy procedures are conducted before handing them over for burial.

One understands these are the same highways likely to be built on trans motorways across all the African huge continent.
Report to administrator
0 #3 Kabayekka 2021-01-09 12:36
The Congo trans motorway all the way from Western Uganda to Western Congo is about 15002000 miles.

And there is no speeding train likely to be built in these territories for another 50 years time!
Report to administrator