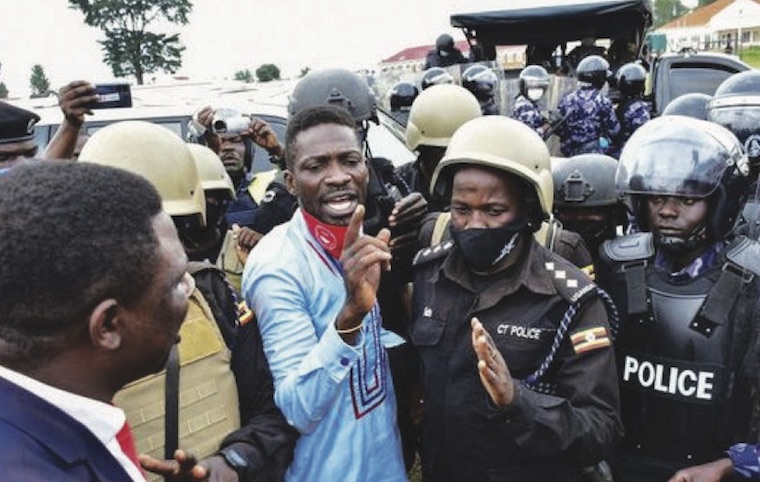 For every dark cloud, there is a silver lining; so goes a familiar saying that seems to ring true after the recent ban on political campaigns in 20 districts and cities by the Electoral Commission.

On December 23, the Electoral Commission banned political campaigns in districts and cities with fast-rising cases of Covid-19. In three of the 20 districts where the ban was announced, the opposition has more support than the ruling National Resistance Movement.

Dr Kizza Besigye, who was the leading opponent against President Museveni in the 2016 elections, won three out of the 20 districts where the ban was announced. These are Kampala, Wakiso and Masaka. In this year’s presidential election, Robert Kyagulanyi Ssentamu, the National Unity Platform candidate, is standing out in a crowded field of 10 as the leading challenger to the incumbent President Museveni’s 35-year grip on power.

Kyagulanyi is also very popular in those three districts. Therefore, parliamentary candidates standing on his NUP ticket hoped to cling on his coattails to sail through. NUP being new has no incumbent members of parliament. It is looking to snatch seats cur-rently held by other political parties especially in the Kampala metropolitan region.

The Democratic Party had only Makindye West held by Allan Ssewanyana who defected to NUP. While Lubaga South of Kato Lubwama, Lubaga North of Moses Kasibante, Kampala Central of Muhammad Nsereko and Kawempe North of Latif Ssebaggala are all independents.

In Wakiso district, out of the eight constituencies, the opposition occupies three with FDC and DP hav-ing one each. The other is held by an independent. The remaining five seats are held by the NRM. In the now 10 constituencies of Kampala after the splitting of Nakawa into East and West, NUP has candidates who seem to be running competitive races.

Many of these candidates were selected from a crowded field of aspirants, many of whom ulti-mately stood as independents. Now many of these independents are exceedingly happy that Kyagulanyi will not be campaigning in their constituencies. A number of candidates who spoke to The Observer said the ban on campaigns in Wakiso and Kampala has given voters an opportunity to weigh them on their own strength other than their sworn love for Kyagulanyi.

“I’m very happy with the decision of the Electoral Commission to stop campaigns in Kampala. If Kyagulanyi had come in my constituency, that would have marked the end of my candidature,” said an aspirant in Kawempe North who preferred to remain anonymous.

His sentiments were echoed by Kifampa Siraje Nsambu, the Justice Forum candidate for Lubaga South. Kifampa together with NUP candidate Aloysius Mukasa, among others, are seeking to oust Kato Lubwama.

“In the 2016 election, the wave was with Dr Besigye and when he came to the constituency, thousands of people attended his rallies and many of the candidates who he supported actually won. So, frankly speaking, by Kyagulanyi not campaigning in Lubaga South, it allows voters to make decisions on who to vote based on what we have to offer as candidates,” Kifampa said.

He said, however, that it was unfair for the Electoral Commission to deny candidates their right to campaign everywhere. Roy Ssembogga, who lost the NUP card to journalist Bashir Kazibwe, said he would win with or without Kyagulanyi campaigning in Kawempe.

Ssemujju Ibrahim Nganda, the Forum for Democratic Change candidate for Kira municipality, is competing against a National Unity Platform candidate, Jimmy Lukwago. He says having a presidential candidate with significant support is no guarantee of electability.

“People make decisions depend-ing on who is contesting. If all those contesting are clearly known to them, then they will choose who to vote on their own merit not on the party they are contesting on. That’s why when you come to Wakiso dis-trict where Dr Besigye decisively won in 2016, I’m the only FDC MP who went through,” Ssemujju said.

He added that the only opportunity for the candidate standing on a popular platform to go through is when all the contenders are not known.

“In such circumstances, is when you see people voting based on symbols, gender, religion, tribe and other factors they can base on to identify with the candidate,” Ssemujju said. According to recent opinion polls by the New Vision, Ssemujju is comfortably in the lead in the Kira municipality MP race.

Interviewed for this story, a number of NUP candidates in Wakiso and Kampala said they will triumph with or without Kyagulanyi campaigning in their areas.

“Without appearing to be blow-ing my own trumpet, I think our president should not even have campaigned in Nakawa West. The message of change has already been felt on the ground. The people know whom they are going to vote for. So, he would rather spend more energy in other areas than mine,” said Joel Ssenyonyi, the spokesperson of NUP who is contesting for Nakawa West parliamentary seat.

“I’m already leading in Kawempe North. I tell you, I’m going to win that seat by over 80 percent. I would have loved my president to come to my constituency not to help win but, rather, for the people to see him,” said Muhammad Ssegirinya, the MP candidate of NUP for Kawempe North.

“People of Kyadondo East have already made up their mind on who to vote for. They know the umbrella is the symbol of change and come elec-tion day, they will vote for our presi-dent Robert Kyagulanyi and me as their MP,” said Muwada Nkunyingi, the NUP candidate for Kyadondo East, the constituency that Kyagulanyi has been representing since 2017.

Nkunyingi is contesting with 11 other candidates including Apollo Kantinti of the FDC. Ugandans are expected to go to the polls to choose who will be their president and members of parliament for the next five years next week on January 14.