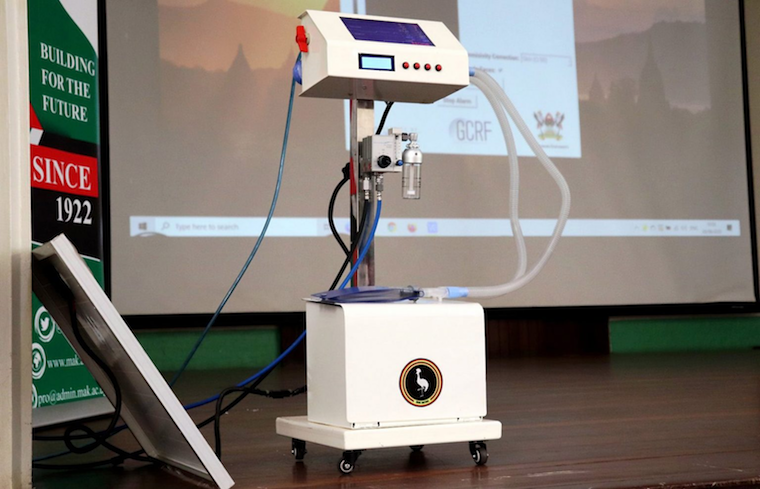 Makerere University vice chancellor Prof Barnabas Nawangwe has expressed concern about the shortage of ventilators in the country. The ventilator normally helps to deal with acute respiratory failure for coronavirus (Covid-19) patients.

According to health experts, at least five per cent of the persons that have moderate to severe forms of Covid-19 end up in need of a ventilator because they cannot breathe since their lungs are immersed in the fluid.

Vincent Sembatya, the director of Quality Assurance at Makerere University and the initiator brains behind Bulamu ventilator, recently told The Observer while ventilators on the world market cost between $30,000 (Shs 109m) and $45,000 (Shs 164m) Bulamu will cost $3,000 (about Shs 10 million) only.

The Bulaamu ventilator had to undergo a series of endurance and stress tests before approval can be sought for randomized human trials from the National Drug Authority and the Uganda National Council of Science and Technology.

According to Nawangwe, Makerere engaged the government about its capacity to produce ventilators on a mass scale for all health facilities around the country at a reduced price, but the government seemed less concerned. The launch for the Bulaamu ventilator was attended by the minister of Health Jane Ruth Aceng.

"The ventilator that was invented by our scientists was going to cost five times less than the imported ventilators. That would have been a good solution for our country and my estimate is that we would have easily supplied ventilators to all hospitals in the country," said Nawangwe.

Nawangwe indicates that the government should give the university at least Shs 1 billion to produce ventilators because of the high demand by the local health facilities.

The deputy executive director Mulago Referral hospital Dr Rose Mary Byanyima, says that the demand for the ventilators is high due to increased cases of Covid-19. Byanyima states that regional referral hospitals cannot handle Covid-19, leaving them with overwhelming numbers to manage as they only have the capacity of 27 ICU beds.

Emmanuel Ainebyoona, the ministry of Health spokesperson noted that government has managed to procure ventilators from abroad to address the growing demand.

He insists that the government is aware of the increasing demand for the ventilators to help in easing the pressure on hospitals caused by the Covid-19 pandemic.

The problem in Makerere today is Museveni's political interference .He has hollowed out departments with his tribalism agenda and left one of the best universities in the continent grasping for talent.

Uganda is much better without these nonstarter mchakamcharese.
Report to administrator
0 #2 Akao 2021-01-05 00:11
All the money is going to buy votes. Good luck with funding anything going forward with hundreds of more mps apparently going to join the mad house.

Most of the money will be spent paying the mps and others in authorities like the rdcs. It's not going to take too long before uganda becomes to the standard of Zimbabwe or Somalia .

Ugandans have the opportunity to put an end to museveni but those in position of power like religious leaders and those in academia are not bothered. They have left it to the youths to shoulder it out
Report to administrator