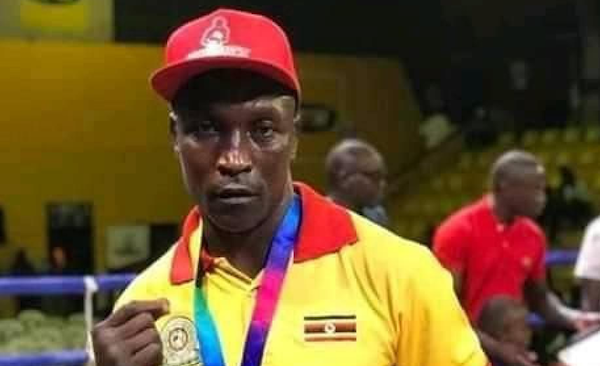 Ugandan boxers under their umbrella body, the Uganda Boxing Federation (UBF) have called for answers from the government on why their members are being arbitrally arrested by security.

According to UBF president Moses Muhangi, to date four boxers are missing and their whereabouts still remain unknown. They include coach Robinson Mudde Ntambi, the former UBO World Super Flyweight champion who was reportedly picked from his home, Michael Kiiza, a boxer and sports trainer at Mengo Social Centre, Joseph Lubega who participated in the 2004 Olympics and Robert Mukasa.

On the death of Zebra, the federation says they want justice since President Yoweri Museveni confessed this week that he knows his killers.

"And he [Museveni] made it clear that he was aware of the people who killed Zebra Mando. He said it was a security operation and he was still investigating to get to the bottom of that situation…He said; 'I know those who killed him but am still investigating to get more information.' What he didn’t hint about is the issue to do with justice that we expect for a person of Mando because if you say you know those who killed him, then what action is going to be taken against those individuals. So we expect justice, we expect transparency on how this matter is going to be handled. We expect to see as a generation hp we are going to be assured that they are safe," said Muhagi.

Muhangi added that although Justin Juuko, the former boxing champion was released, the federation demands to know why he was arrested. According to Muhangi, boxers have been victimized, with some of gyms and boxing clubs raided recently by security.

Hajji Juma Nsubuga a boxing coach has proposed that a list of boxing clubs be generated and forwarded to the president so that the clubs that are not known can be questioned. Tony Ssekabira, a boxing coach says the state is wrongly worried about the gyms because boxers are trained to be disciplined.

"When people visit our gyms, we give them guidelines because we train people for health issues, we train people for self defense and those that we develop their talent for competitions. And what we emphasize is discipline, we always work out with people with discipline. If someone is indisciplined because we normally get reports from the community. We warn you, if you continue and don’t change, of course, we chase you out of our gym. We don’t train indisciplined people. If you’re a criminal and we know that you’re a criminal we chase you. We have chased many even those that were good," said Ssekabira.

Last week, the Uganda People’s Defense Forces (UPDF) deputy spokesperson Deo Akiiki, said that security personnel will not hesitate to arrest anyone engaged in criminal activities during the electoral period.

I wonder why it is the UPDF not the spokesman responding to matters concerning criminal activity.

Has the UPDF taken over from the police or it has always been the UPDF masquerading as the police?
Report to administrator
-1 #2 Juwait kali 2021-01-04 07:38
NRM with all the armour are afraid of mere boxers.
Report to administrator
0 #3 WADADA rogers 2021-01-04 10:30
I hear boxing federation demands answers from Government over arrested boxers. I wonder why they are not demanding for answers over the one who was killed.

The baganda have a saying that Namunswa alya kunswa zze. NRM is only arresting its own members and killing some as they wish, that is the nature of their government. I hope that answer is good for the boxing federation
Report to administrator
0 #4 Lakwena 2021-01-04 12:56
The world should pity Ugandans and/or the Uganda Boxing Federation.

Pity because, if the whole head of government, none other than our "Problem of Africa", Gen Tibuhaburwa confessed before the whole wide world and to whoever cared to listen that: the murderers of Zebra Ssenyange are his UPDF soldiers; but to date nobody has been arrested, it means the president is behind the murder of Zebra Ssenyange.

There is no Greek about it.

In other words, if the head of government, who is suppose to protect the citizens from criminals becomes the spokesperson and confessed on behalf of criminals (security personnel); it is absurd and an act of futility to run to the same government and "demand for the answer, "... why their members are being arbitrarily arrested by security".
Report to administrator
0 #5 rubangakene 2021-01-04 18:04
I really don't get it; our soldiers claim to defend democracy in distant places like Somalia, South Sudan etc., but apply wanton atrocities on their fellow citizens here at home.

It just doesn't make sense at all, it beats the shit out of me. I am very annoyed just like any peace loving citizen to see good people who help their communities active and healthy through sports being mowed down like animals. This must stop!
Report to administrator
+1 #6 Kalibbala 2021-01-04 23:00
And he [Museveni] made it clear that he was aware of the people who killed Zebra Mando!

Yoseri Tibuhaburwa is the (Capo de Capi) Head of the Mafia Killing Machinery Finishing Ugandans! Like All Godfathers in a Mafia Style, Untouchable!!Kaweesa,Kagezi,Kirumira,Kazini,Mayomb o,Aronda Nyakairima, All were Executed on Orders of the Godfather!!

He is the Almighty Giver of Life and Death! That is Why He Bankrolls every DEAD!!Forget Justice in a Jungle!

90 Ugandans are Held Incommunicado in Congested Police Cells for Breaking Covid 19 Laws!! No Social Distancing, Masks or Sanitizer! Who is MAD here!?
Report to administrator