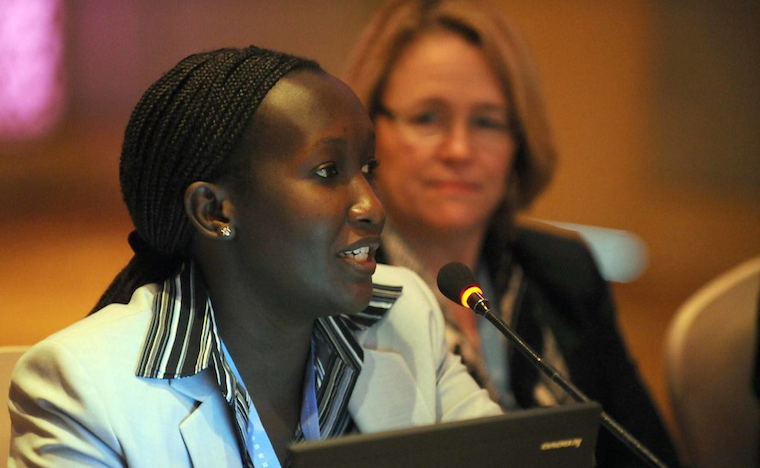 Multi international technology giant, Google has told off the Uganda Communications Commission (UCC) to come up with more justifiable reasons to have the company take down the listed 17 YouTube accounts.

In response to the December 9 letter to Google to take down the accounts for allegedly inciting violence in Uganda, Google head of communication and public affairs for Africa, Dorothy Ooko briefly said: “it is very hard to just have a channel removed due to a government request.”

UCC claimed that the cited channels violated Ugandan laws when they broadcasted content which might cause economic sabotage and compromise Uganda’s national security. The 17 channels have largely been publishing or live-streaming content from National Unity Platform (NUP) presidential candidate Robert Kyagulanyi aka Bobi Wine's campaign trail.

The channels that UCC is targeting have been gaining traction in recent weeks. They had more than 59 million views and 300,000 subscribers as of December 15, when URN analyzed YouTube stats of the said channels.

UCC without evidence claimed that most of the cited channels were used to mobilize during last month's riots that resulted in loss of lives. UCC also accuses the YouTube channels of reporting news in a sensational, unbalanced and unprofessional manner.

“The broadcasts contain gruesome pictures including pictures of dead bodies, wounded victims of attacks and accidents, in a manner likely to cause public anxiety. Glorifies lawlessness and undermines public interest, confidence in the law and its enforcement in Uganda,” the letter reads.

But for YouTube channels to be removed, Ooko said, the governments have to submit court orders.

“We always follow local law, but it would have to be a valid court order. The letters just show what the UCC submitted to the embassy; they are not court orders,” she said.

A transparency report on YouTube community guidelines indicates that the site does not allow pornography, incitement to violence, harassment, or hate speech, and relies on a combination of people and technology to flag inappropriate content and enforce these guidelines. It adds that a YouTube channel is terminated if it accrues three warnings in 90 days, has a single case of severe abuse, or is determined to be wholly dedicated to violating the entity's guidelines.

"Flags can come from our automated flagging systems, from members of the Trusted Flagger program (NGOs, government agencies, and individuals) or from users in the broader YouTube community," the page reads.

The request to have the channels removed in the middle of a presidential campaign in which Bobi Wine has leveraged the use of online platforms has been viewed as an attempt to limit online space for the musician turned politician, according to a section of lawyers.

“This is political, it’s not about business or registration,” Robert Kirunda, a lecturer at Makerere University says.  “UCC gagged mainstream media and they thought that once you control radio and TV and say don’t air Bobi Wine rallies, you have solved the problem,” he added.

But he argues that the complexities came when Bobi Wine supporters started using online channels to broadcast his messages. These channels are hard to regulate, Kirunda says because when you shut down a page, another will be created in minutes, and the process continues.

Kirunda adds that Google’s response to UCC will be informed by two factors: If there is evidence that the channels that UCC is requesting to be removed violate YouTube community standards, and if they violated Uganda law.

"Number one they have their terms of use, those terms, of course, must conform to the minimum not to violate Ugandan law. And number two; the user must conform to Ugandan law. Now, here you are saying to Google; 'we ask you to take down the following accounts. It is a suggestion which Google has the option to reject. If Google rejects that suggestion, it must look at; does the content being complained of offended Google’s standard policy or terms of use. If the answer is yes, take down the content. If the answer to that is no, then you must find another reason. That other reason is if you have a court order," said Kirunda.

Human rights lawyer, Nicholas Opiyo says UCC’s attempt is meant to restrict the use of YouTube, a popular alternative platform for politicians such as Kyagulanyi who are denied access to mainstream media.

Opiyo says that the letter by UCC is indicative that it doesn’t understand how big-tech companies such as Google operate.

“You can’t cite the UCC Act and claim that these big tech companies are in violation of these laws,” he says.

Opiyo says companies such as Google can only act on the basis of legitimate court orders.

"First of all, the Uganda Communications Commission demonstrates a sincere lack of knowledge on how social media platforms and digital companies work. Digital companies do not enforce Ugandan laws, you cannot cite the UCC Act and claim that these digital companies are in violation of those laws. Digital companies work on the basis of legitimate court orders. In other words, there has to be due process to make the point of breach of the law. UCC has neither subjected managers of these accounts to due process, they have condemned them without hearing. So no digital company is going to take such a letter seriously. It will be put in the dustbin immediately," Opiyo said.

Opiyo also argues that UCC should know that YouTube and other big tech companies are not policemen of content that doesn’t violate community standards on their platform. Such content, he says, doesn’t include legitimate political concerns.

"Youtube and other digital companies say they are not content policemen. They are not going to police content if that content does not violate community standards. Now, community standards do not include banning political statements for as long as the statements are a legitimate political concern, digital companies will always pay a blind eye to it. So I think the actions of UCC is an action in great ignorance but I think also intended to intimidate to restrict both the popular platform for alternative organized for political formations who are denied mainstream space. Chapter 4 Uganda will be writing to Google, inviting Google to disregard the letter of the UCC and say it is a politically motivated attempt and must be ignored," added Opiyo.

Abdul Salam Waiswa, the head of legal and compliance at UCC that these channels have not registered as required by the law. UCC early this year directed all online publishers to register. Both Opiyo and Kirunda say it doesn’t require the intervention of Google to have the platforms register.

“Without going to Google, there are enough laws in this country that you can use to go after someone who is not registering. You don’t need to go to Google,” Kirunda says.

These companies are corrupt and have too much power. In the US they take down conservative content everyday for nonsensical reasons and ignore similar content from liberals. As for UCC, they’re an embarrassment.
Report to administrator
+1 #12 Kato Cosma 2020-12-17 14:16
This move was childish for the governmental organisation to make
Report to administrator
+1 #13 Lakwena 2020-12-17 14:19
Quoting Wainanchi:

Here is quite apparent that there is connecting and linkage of clandestine activities against Uganda government.Uganda take your own actions and protect yourself.

But Wainainchi, if it is propaganda why don't you do the blocking yourself? Otherwise, without Google , you would not be scam-frothing around like a washing machine.

Here is quite apparent that there is connecting and linkage of clandestine activities against Uganda government.Uganda take your own actions and protect yourself.
The usual useful idiot of bwana Wainanchi!
Report to administrator
+3 #15 A K Mukasa 2020-12-17 15:22
It is not ignorance but they are simply playing to the gallery. Their intention is twofold. To please their boss that they are doing something about the ubiquitous unfavourable information outlets and to intimidate those doing this country a great service by providing a true picture of what is happening in the country and those planning to embark on this on this same journey.

They have gagged all conventional media houses but this has not stopped the flow of information. A tinpot dictator in a far flung banana republic attempting to behave like the big boys is not only laughable but also beyond absurdity.
Report to administrator
-5 #16 Wooden K. 2020-12-17 16:32
I totally agree with The Commentor

These social media platforms are as corrupt as hell.
Their owners are wealthy but wicked rats.

They all played a part in helping Biden to steal Trump`s win.

As if that was not horrible enough , they have all childishly decided to not publish any information that has anything to do with Republicans .They imagine that hiding the truth ( like UCC is attempting to do) is an end in itself.

One has got to be empty-headed to think that if Google , or Youtube was in UCC`s position Kyagulanyi`s voice would even be heard .
if Youtube won`t show the images of Americans demonstrating against "the steal" how can they blame Museveni for trying to hide the video that was captured during the Kasese massacres ?
Report to administrator
+1 #17 Miki 2020-12-17 19:05
Not even the American government determines what goes on social media or not.

The one space Museveni cannot contrrol. Let UCC go to court - an American court that is - so that they realize the limits of their fancy.
Report to administrator
+1 #18 WADADA rogers 2020-12-17 20:01
The Government of Uganda through their gag arm are suffering from what to do
Report to administrator
+4 #19 Umukosi 2020-12-17 20:34
Quoting Wainanchi:

It is futile to ask criminal organisations as Google and Twitter and others which have political background and support.

It is not your fault that you lack sound reasoning capacity, but it is just disgusting to have you always commenting on topics you have no clue about.

Sorry man, but you are so pathetically ignorant, that I'm forced to say this:
"Having small brains is indeed sickness". You either educate yourself or save us from your ignorant rants and stay away from this space.
Report to administrator
0 #20 Mobutu Rashid 2020-12-18 23:14
Quoting Kato Cosma:

This move was childish for the governmental organisation to make

If possible let him use his army stop Goole as he used to stop kyagulanyi and we see.
Report to administrator
12