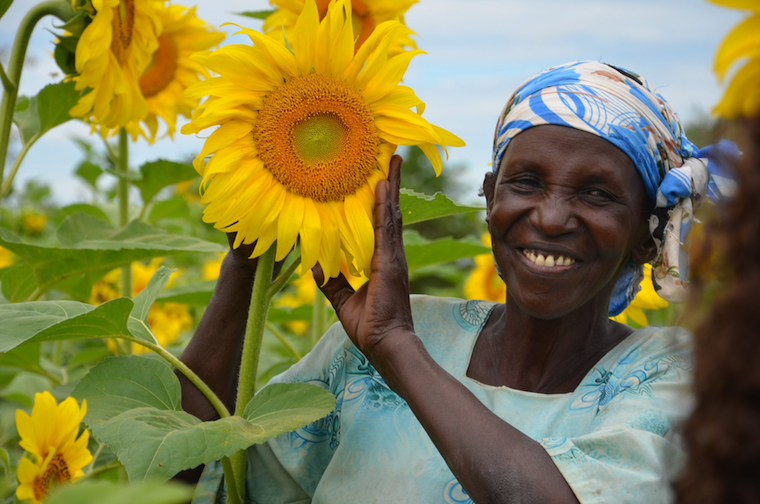 Farmers have been urged to prop up their sales by adding value to their produce, writes ERNEST JJINGO.

According to Ocici, farmers still earn peanuts yet they invest lots of effort in producing the various agricultural products. He said farmers don’t do the simple value addition and their post-harvest handling of produce is poor.

“If you are going to transfer as much benefits of the final commodity price... they (farmers) have to do some bit of value addition. If he does not add even the slightest of value, they cannot get a good price,” he said.

“Some farmers sell the produce when it is still moist and at times even without sorting it. If you do not improve on the quality, forget about giving a farmer a greater portion of the final commodity price. It is not about sympathizing with a farmer, it’s about rewarding effort,” Ocici said.

Organised by Mukwano Group of Companies in partnership with Enterprise Uganda, the training sought to equip sunflower and soybean farmers in Lango sub-region with the required skills to produce the right quality and quantity of oil seeds to supply Mukwano Industries.

According to Ocici, the training also sought to encourage farmers to pursue agriculture as a business and rejuvenate oil seed farming in the district. Oil seed production in the district nosedived because farmers use rudimentary production methods, which could not yield much volume.

Joel Ebong, a farmer from the northern district of Kwania, observed that production of sunflower slumped because farmers’ were unable to handle agriculture as a business. This killed morale, resulting in scaled down harvests and supply to processors.

Ebong added that through training, farmers realised that mismanagement of their farms and poor financial discipline worked against their poverty eradication effort.

“We have come to realise that most of us have been just claiming to be commercial farmers without noticing that we were really handling it in a subsistence way; among us are some farmers owning huge under-utilised land, a farmer with seven acres may even fail to put two to use...against such gaps, Enterprise Uganda has advised us to put all the idle resources to use because that is what it takes to upscale household income inflows,” he said.

ow do you tell a crippled man he needs to try to walk better so as to improve his sppe? Ridiculous! These farmers need not only processing equipment but the know how and the ability to acquire and use the equipment sustainably.

You don't cry that a rock cannot give you enough water and just pray for a miracle, you find tools to crack it to release more water.

Use workshops to train people how to use a tool to add value, not to pontificate. We have one pope .And the idea that productivity can be boosted by peasant farmers without subsidization is a laughable sick joke. Keep hoping. If that is not pissing in the wind then I have no idea what it is.
Report to administrator